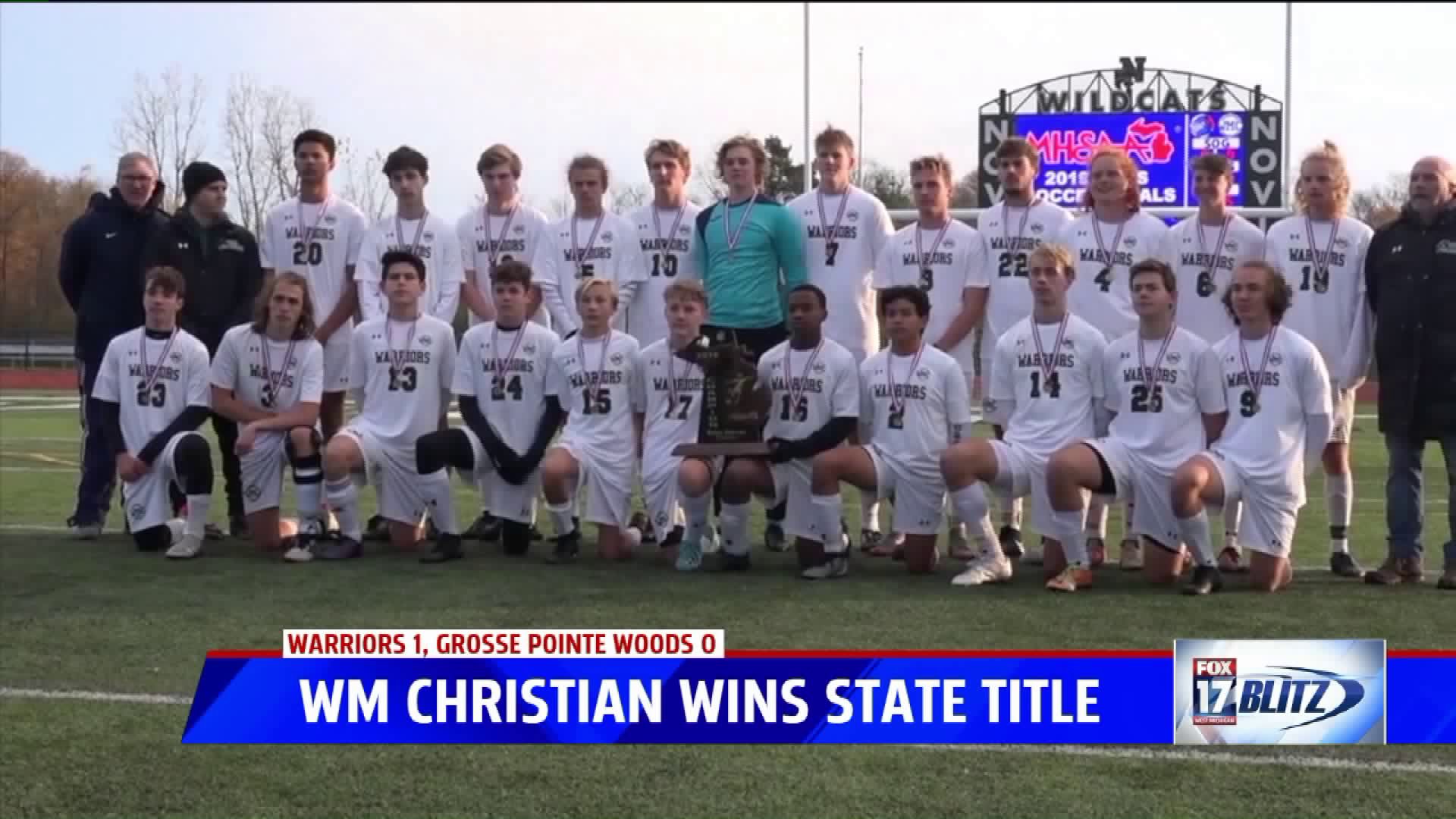 NOVI, Mich. -- West Michigan Christian senior goalkeeper Jameson Goorman had only allowed one goal in the entire postseason and that number didn't change on Saturday afternoon in the Division 4 state final against Grosse Pointe Woods University Liggett. Goorman made a few saves in regulation before a scoreless overtime and eventually, penalty kicks, in which he stopped four out of the five shots in the shootout.

"I just think I'm going to save every single one," Goorman said on his mindset going into the shootout, "I just wanted to give my team the best shot to win."

The Warriors would win the game 1-0 after Isaac VanHoeven buried a shot five hole to put West Michigan Christian in front in the shootout before Goorman shut the door with another save. The Warriors are state champions for the first time since 2010.

"We definitely wanted to bring it back," Goorman added, "we felt we had a good chance the last two years but we fell short in regionals so it's exciting to bring it home and we were determined."