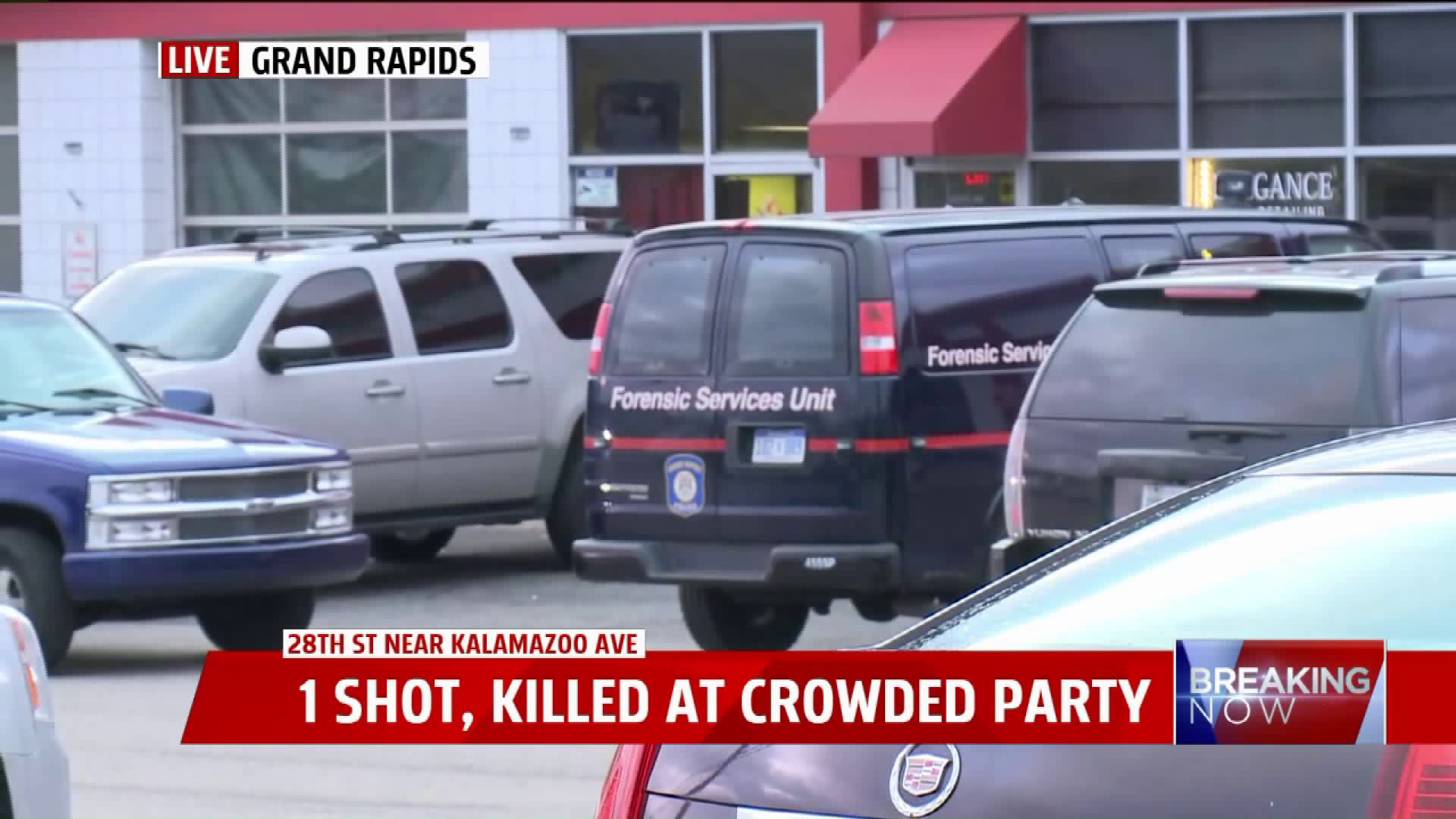 GRAND RAPIDS, Mich. — While responding to a call for a large party, officer heard the shots ring out that left one man dead.

Grand Rapids police were initially responding to what they called an "after-hours" party at about 3 a.m. Sunday morning.

A crowd had gathered inside a business on the 1800 block of 28th Street, but was sent running into the parking lot when the shots went off.

The crowd brought the 31-year-old male victim with a gunshot wound out with them as they fled. Police have identified the victim as Tarell Marquise Mapp.

Officers pulled the victim to safety and attempted to save him, but he died of his injuries.

Witnesses are currently being questioned while forensics units and detectives continue to investigate.

This is the second time a deadly shooting has happened at that location. In 2016, a man was also killed while attending an after hours party.