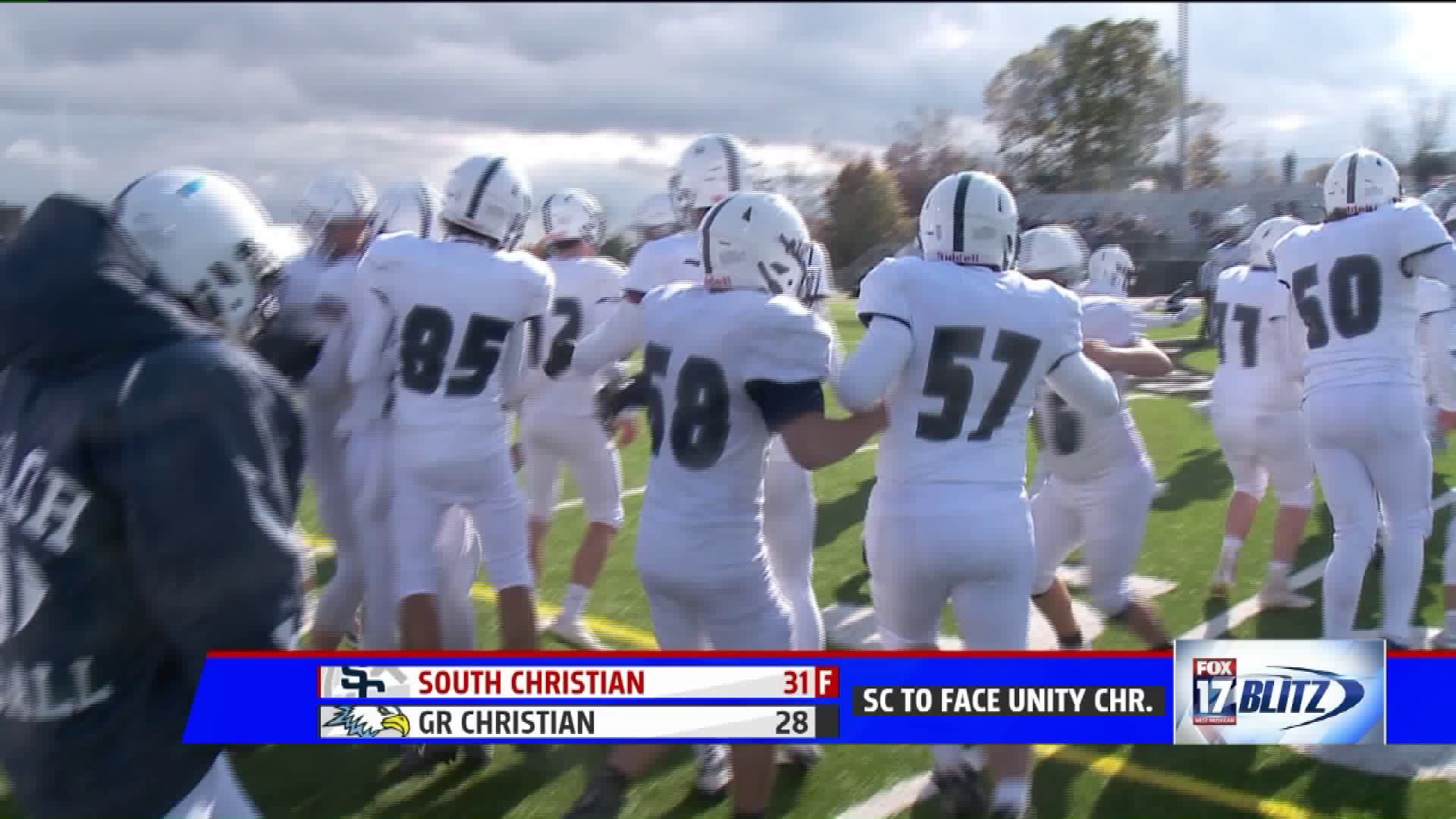 GRAND RAPIDS, Mich. -- South Christian fell to Grand Rapids Christian 27-20 in week seven in a game that went down to the wire. Saturday's district semifinal was no different. The Sailors led 28-14 in the second half until the Eagles battled back to cut it to seven. A Sam Meenges field goal made it 31-21 South Christian with just minutes left until Eason Hardouin found Brian Hunter in the endzone who made a one-handed grab to cut it to 31-28 late in the game.

The Sailors would recover the ensuing kickoff to take a knee en route to victory, 31-28 the final.

"It was a program win really," first-year head coach Danny Brown smiled after the win, "to beat Christian high at their place says a lot about our kids, they have a great football tradition."

After falling to the Eagles in an OK Gold showdown back in week seven, the playoff win tasted that much sweeter.

"They're a really good football team," Brown added, "a couple of weeks ago, we had a heartbreaker against them and our kids were resilient and found a way to pull it out this week."

Sailor senior quarterback Chase Bradman was composed throughout the game, despite typical West Michigan weather which included rain, snow, wind and sunshine all in a few hours. Bradman finished the game 17-of-31 passing for 238 yards and two touchdowns while also adding 35 yards and a score on the ground.

"It means a lot," Bradman said after the win, "the first time we played them it came down to the wire, just like this, but we didn't pull it off. Today, we were lucky enough to pull it off."

"We came out here, we fought, it was revenge," added Grashuis, "we wanted to get back what we wanted earlier in the season, it was about who was going to make more plays and we did that."

The Sailors advance to face Unity Christian in the district final next week.