Food Fight Fridays: Where does the food go? 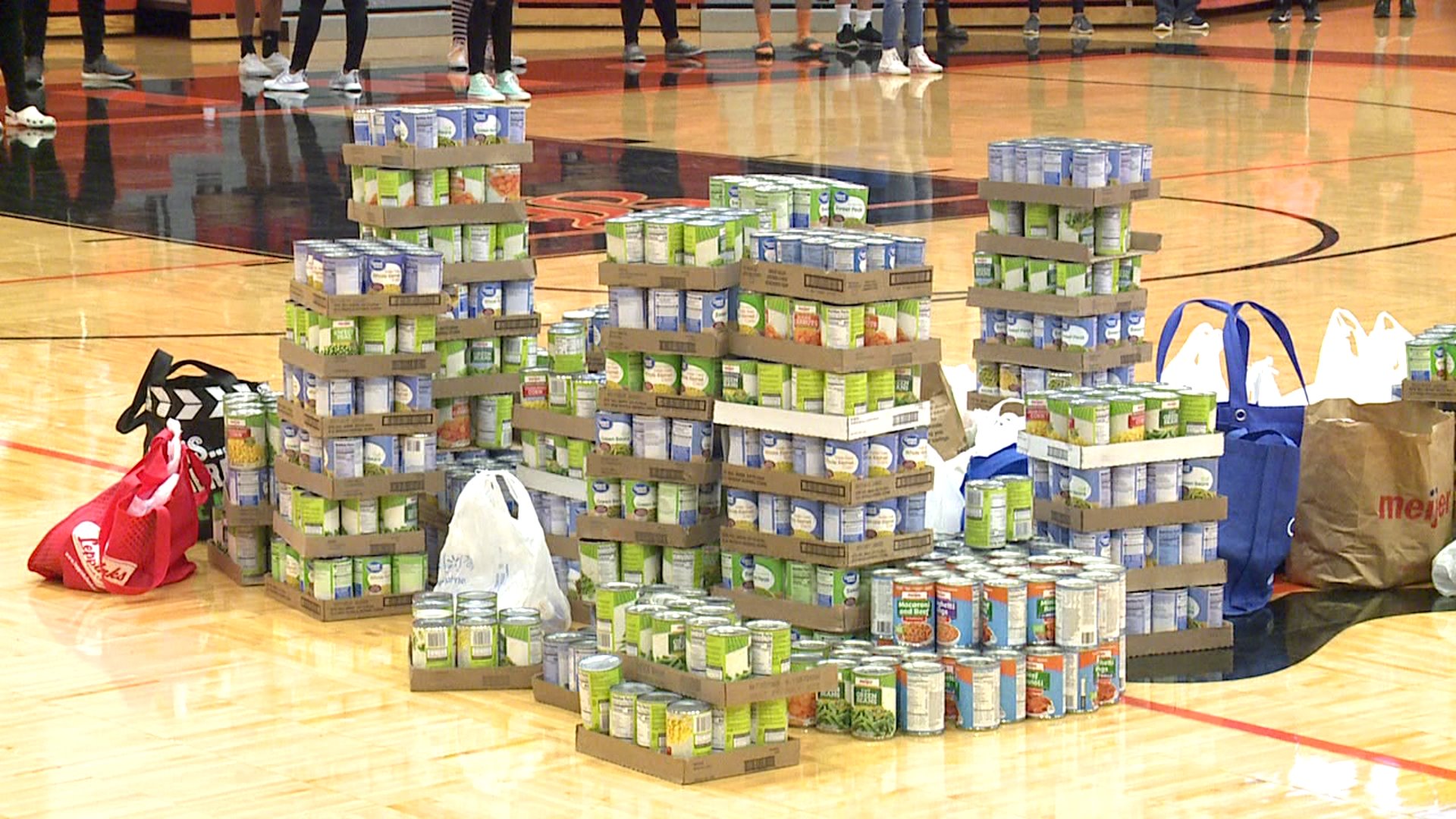 GRAND RAPIDS, Mich. --  When joining us Friday mornings on FOX 17, you’ll see the show is always filled with many smiles and the cheers of hundreds of high schoolers.

It’s definitely one of our louder shows, but it’s all to help a “silent” issue.

"One in eight people in West Michigan face hunger, and when these students raise all this food," said Molly Kooi, communications manager at Feeding America West Michigan, "we're able to bring it into our warehouse."

Every week this food, raised entirely by students, is taken to the facility, sorted, weighed, and then goes straight to the families that need it.

"This is kind of the type of foods you would get at a Food Fight Friday event, you know we got mac and cheese, rice," she said.

Many of the meals actually return to the schools as some students who donate are hungry themselves.

"I know that’s true because we did Belding the first week, we do mobile pantries there because people face hunger there so that’s kind of what I meant by it’s an invisible problem so although this school is raising food, there are people in that school that are also hungry," Kooi said.

Belding, East Kentwood, Newaygo, students across West Michigan know. "A lot of kids come here and they don’t have breakfast, or they don’t have a dinner at home. So lunch is really their only meal of the day. So to be able to like raise this much and give back to our community -- especially our peers -- is really nice," said East Kentwood student Lizzie Hackett.

These future leaders are quite literally fueling their community at these assemblies. So far, they’ve collected enough food for 11,000 meals this fall, and we can’t wait to see what they’ll collect in the coming weeks.

"Giving to others, that’s definitely what was on our hearts," said Paden Roussea, a senior at Belding High School. "They didn’t go out and spend hundreds of dollars on cans for themselves ... These cans are going back to the community and communities around here, so I think a lot of kids just giving back to people and the school and the community is an awesome thing."

Students donate non-perishables for Food Fight Fridays, but if you’d like to donate, the pantry is in great need of protein and fresh produce. They also accept pet food.

A special thanks goes to our Food Fight Fridays sponsor, Dickey’s Barbeque, for helping to make these assemblies and donations possible.