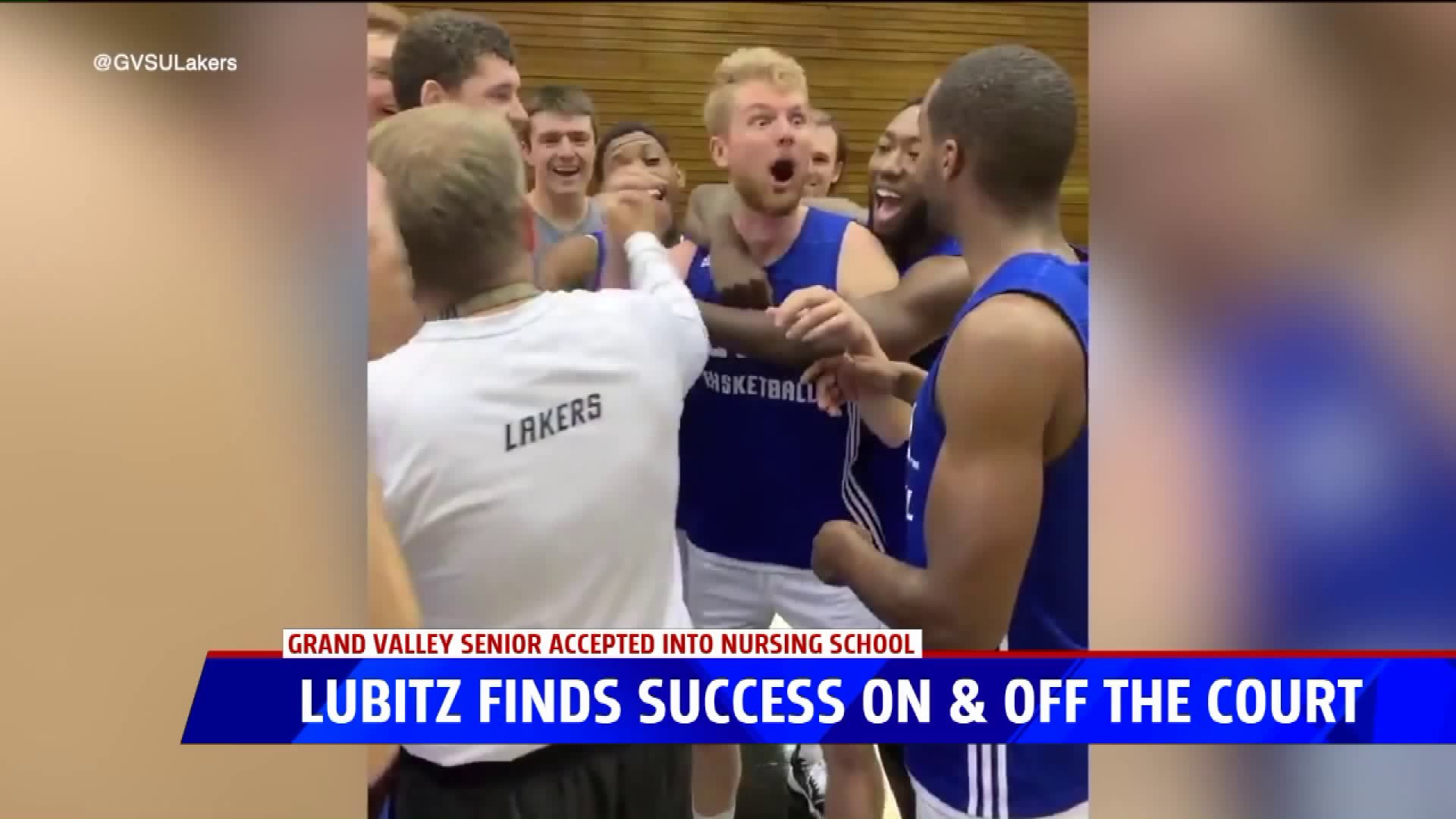 ALLENDALE, Mich. -- Ben Lubitz had big dreams even before he enrolled at Grand Valley.

"I want to be an RN. That's really what I've wanted to be since sophomore year or junior year of high school," Lubitz explained. "Especially going here, I knew getting into the nursing program is a big deal."

Lubitz was a standout high school basketball player at Mio High School on the east side of Michigan but was willing to give up the sport to chase his academic dreams, until the coaches got hold of him.

"Somewhere along the line, we got wind that he was coming to school here, and we knew he was a good player," head coach Ric Wesley said. "We called him and invited him to try out. He tried out, and he's been a really good player for us now going on his fourth year."

Lubitz has applied to nursing school four separate times and was rejected on every occasion due to the high volume of applicants within the program.

"Throughout the whole process, there's times where you doubt yourself throughout that situation," he said.

So he went back to work, committing himself to studying and basketball, with little time for anything else. "I've had to give up some of that stuff -- spending time with family and friends -- so I can focus on being a good student, but also being a good basketball player."

Recently, Lubitz applied once again and knew Thursday would be the day he would hear back.

"I was really getting anxious to get out of practice because I knew I was waiting for an email on if I got in or not."

But he didn't have to wait until then, because Coach Wesley had some news for him after practice.

"Ben just got into nursing school," Wesley proudly told the team before the players celebrated around Lubitz.

"Having coach tell me, that's the best way to find out," the Grand Valleys senior smiled. "And having all my friends and teammates around enjoying it with me, everybody jumping up and down and celebrating, was awesome."

"I was emotional about it," Wesley admitted, "because I knew what it meant to him and how hard he's worked. A lot of our team felt the same way. That was super cool."

"That's something that I'll remember forever."