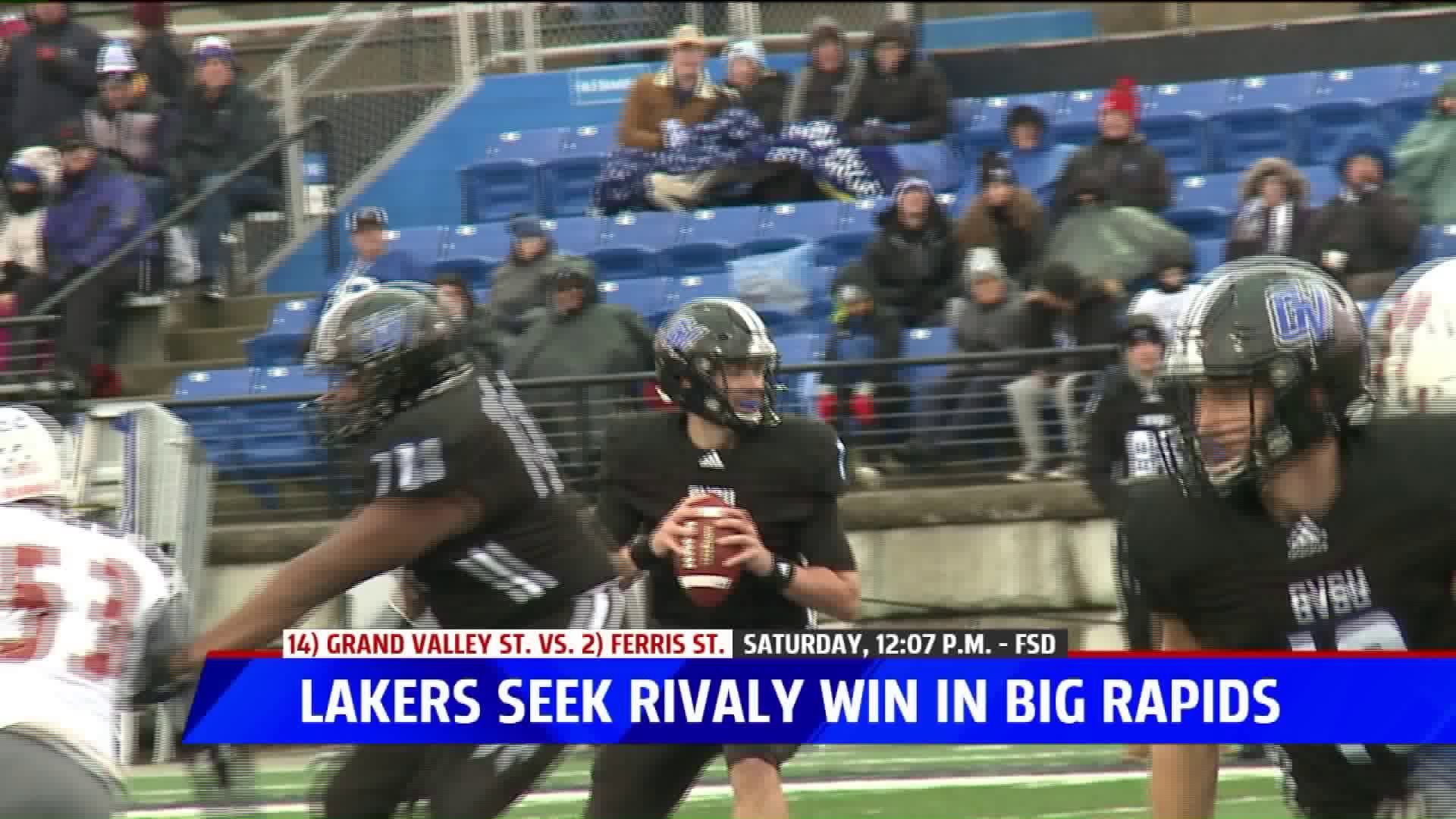 This season Bulldogs (9-0) are ranked second in the nation and while the Lakers (8-1) are ranked 14th, they are still considered by many as the underdog in Saturday's Anchor-Bone Classic.

"I think going in everyone is going to see us as the underdog and  probably rightfully so," junior defense back Grant Postma said. "I think we have kind of embraced that role, everyone that comes into Lubbers it is their biggest game of the season and we don't really ever have that opportunity to be an underdog and I think that is something that we are going to be able to embrace."

This rivalry usually brings out the best in both programs and emotions tend to run high.

"Emotion plays into it," 10th year GVSU head coach Matt Mitchell said. "I think there is a fine line, we are going to be emotionally prepared we don't want to over swing the pendulum the other direction you start to lose focus and make it too much about the game and the opposite sideline, you still have to make it about yourself but you can't play this game if you don't have some emotion and if this game doesn't bring out your emotion and competitiveness, I don't know one that is going to."

Kickoff on Saturday in Big Rapids is set for 12:07 p.m. and the game can be seen on FOX Sports Detroit.