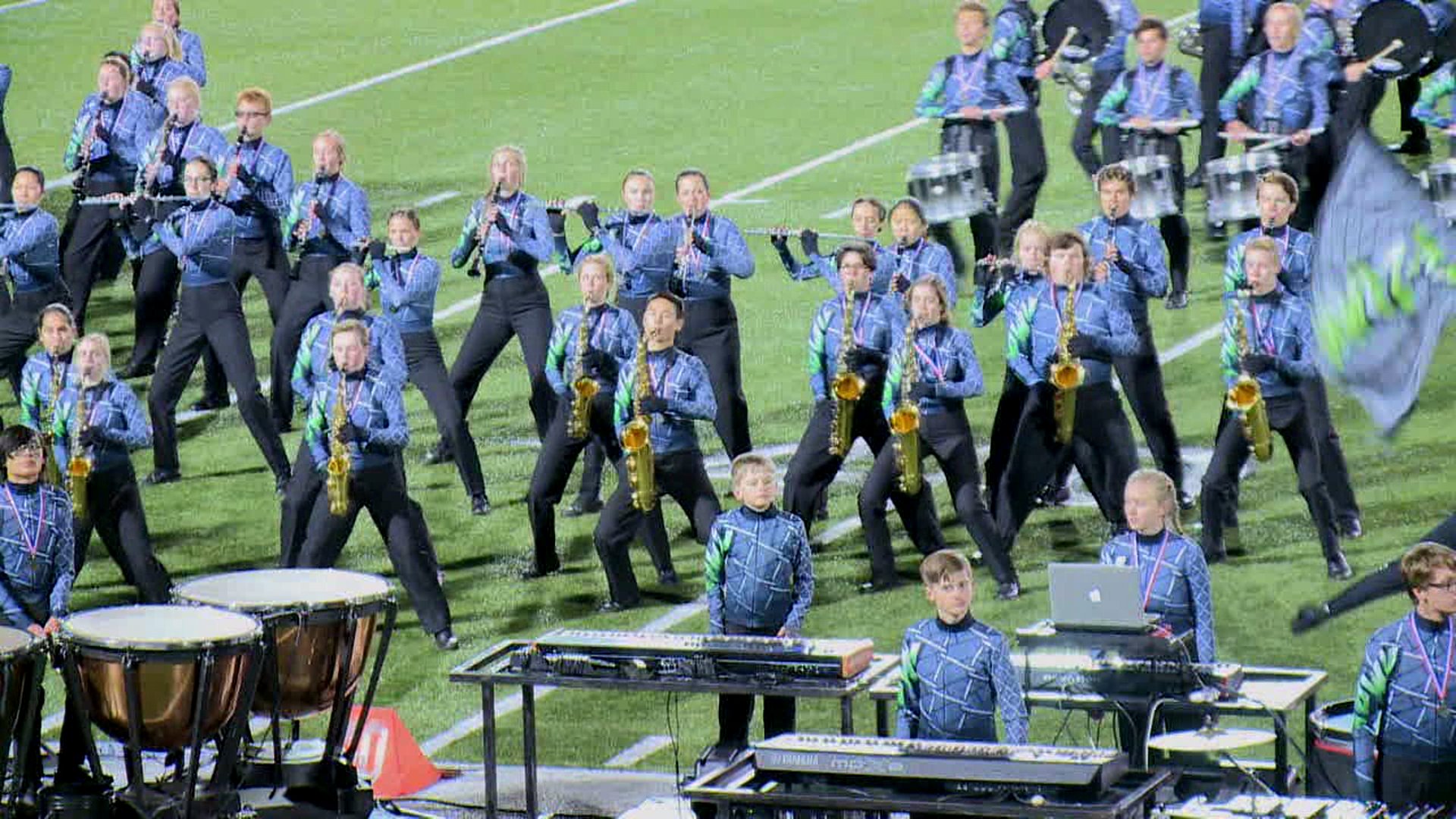 GEORGETOWN TOWNSHIP, Mich. -- On Tuesday the Jenison High School marching band got an incredible welcome home from the community to celebrate their third straight state championship for marching.

When the band hits the field, it's an electric performance. This year's theme was J-Town based on an old nickname for Jenison.

It involves street art and social commentary. The mural painted at the end of the show was done by a Chicago-based graffiti artist.

But it's more than a show to these kids, it's their whole lives. On top of classes, they spend 12 hours a week marching and perfecting the routine. It's an incredibly disciplined practice.

Everyone agrees these kids work hard and deserve the awards they get.

This is the eighth time the school has won the state championship under band director Dave Zamborsky. He says it's always special to win a title of this magnitude.

Next, it's the national competition in Indianapolis next week.