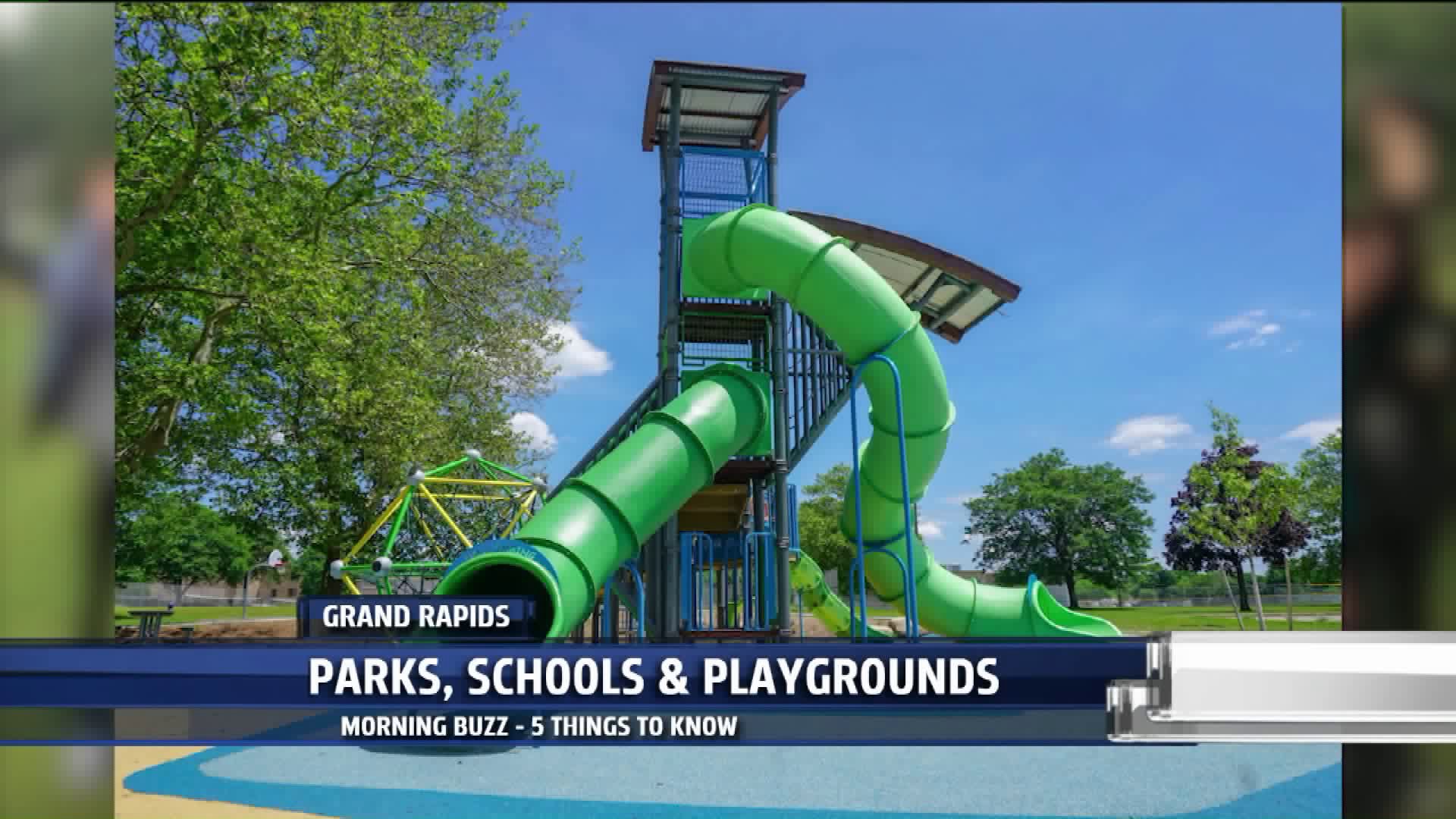 1. Grand Rapids residents voted "Yes" to a permanent tax millage to be used on city-owned parks, schools, and playgrounds.

Voters, passing that proposal with 70 percent of the vote. It's expected to bring in $5 million in the first year.

2. The Jenison High School Marching Band got an incredible welcome home from the community on Tuesday night.

The band, performing an encore at the high school last night, to rival the show they put on Saturday at the State Competition in Detroit.

It was the school's 8th time winning the State Championship for Flight Two under band director Dave Zamorsky.

They've won a lot of awards over the years, but they say taking the state title is always special.

3. Walmart's unlimited delivery is here, and the retail giant is now offering unlimited grocery deliveries for members at 1,400 stores.

Consumers can pay a yearly fee of $98 or $12.95 a month for this time and money-saving initiative.

If fans want to test-drive the new program, they can sign up for free for 15 days.

Walmart plans to expand its new delivery program to reach more than half the country by the end of the year.

4. Buy it, don't like it, return it, will be happening a lot over the next couple of months.

UPS also expects to see more than a million returns per day during the month of December. The spike in returns is being fueled by retailer promotions, which urge shoppers to buy gifts early, but of course, people have a tendency to change their minds.

5. Don't spend hours basting and baking to get the taste of Thanksgiving this year. Pringles is releasing a turkey-flavored version of its popular chip.

It's part of what the company's calling the Friendsgiving Turducken Kit, which will also include duck and chicken-flavored chips.

Don't forget about the cranberry sauce, stuffing, and pumpkin pie flavors. Find the Thanksgiving chips online Kellogg's website, when they go on sale on Thursday.