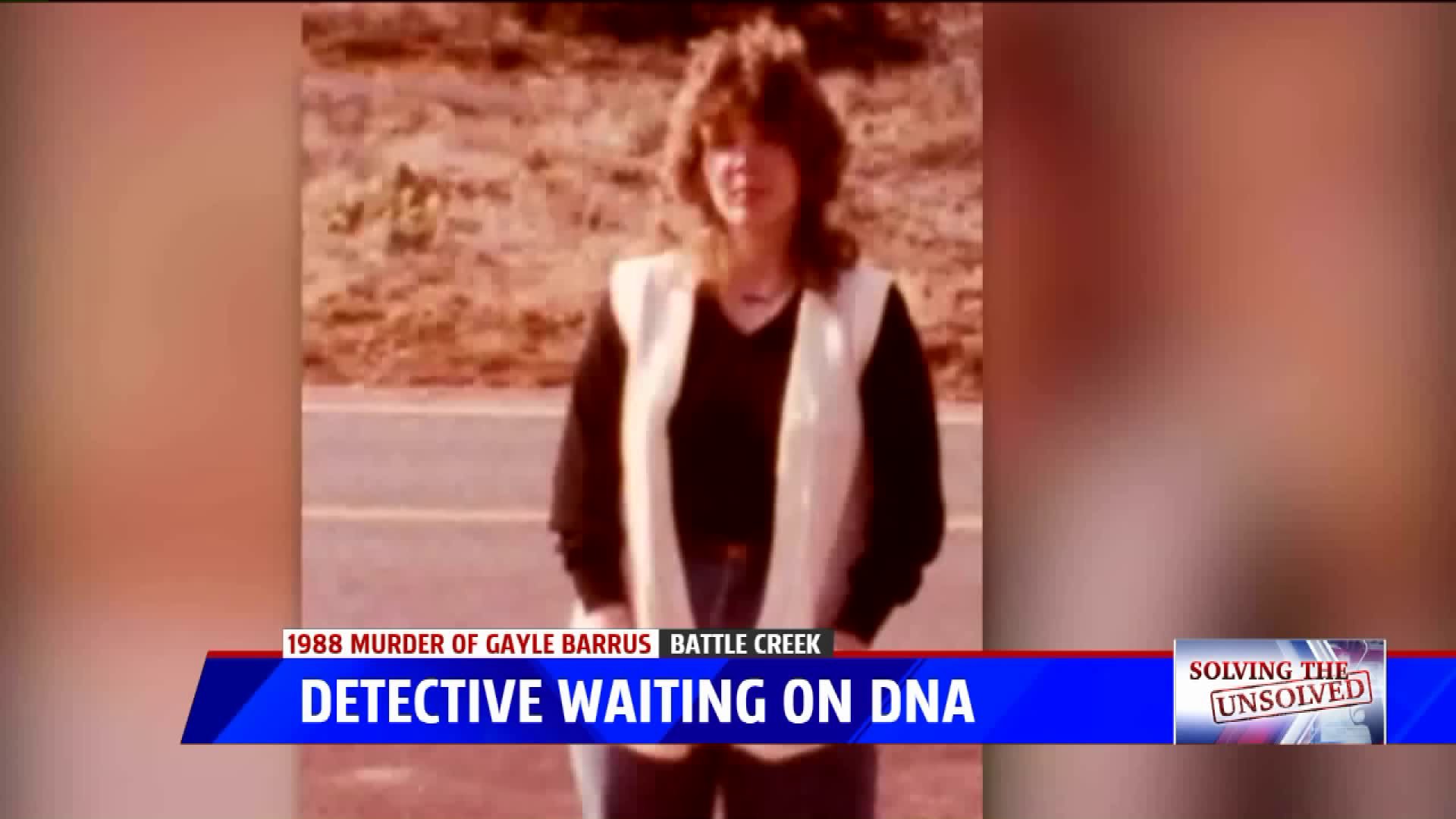 BATTLE CREEK, Mich. — According to police records at the Battle Creek Police Department, the early morning hours of October 8, 1988 was the last time Gayle Barrus was seen alive. When her body was  discovered two weeks later in Emmett Township, BCPD learned then that she was sexually assaulted and murdered.

Since then, her case has gone cold and no charges have been filed.

“Since that time, I started looking into the case back in October of 2018,” said BCPD cold case detective Scott Marshall during an interview at headquarters. “It’s led us to developing a suspect that was kind of overlooked originally.”

That potential suspect has been identified as Richard Compton, he said. Marshall believes Compton was an acquaintance of Gayle’s back in 1988.

“He could have been a customer at Speeds Koffee shop which was the last place Gayle was seen alive at,” Marshall said.

Since taking over the case, Marshall has been reexamining it and going over interviews that were conducted back then, he said. He re-read victim statements that Gayle made to friends and witness accounts of the morning she disappeared.

“Mr. Compton was the one that appeared to be kind of the frontrunner as to being a participant in this investigation,” Marshall said.

Compton was interviewed back then as well, Marshall said. He was an acquaintance of a suspect that police were looking at. So, they talked to him but that was it. No DNA tests were performed.

“He had a very much transient lifestyle,” Marshall said. “He did move quite a bit throughout the U.S. His family is from Michigan but he also ended up moving out west at various points and time. He was in Florida, Georgia and I believe Tennessee.”

Today, Compton’s buried in Texas, Marshall said. Marshall traveled to his gravesite near Austin last month   and alongside the Traverse County Sheriff’s Department and FBI, they dug up Compton's body after first getting a search warrant to do so.

“We exhumed him at one point by hand,” Marshall recalled. “They were using almost like an archeological dig and started scooping out shovels of dirt by hand.”

Marshall said Compton’s DNA samples are being tested in crime lab in Virginia.

According to the victim’s son James Barrus, it may take six months to a year before the results are returned to Marshall and the family.

“I’m waiting just like everyone else for my results to come back,” Marshall said. “It’s a lot of pacing and waiting at this point. So it’s a good feeling.”