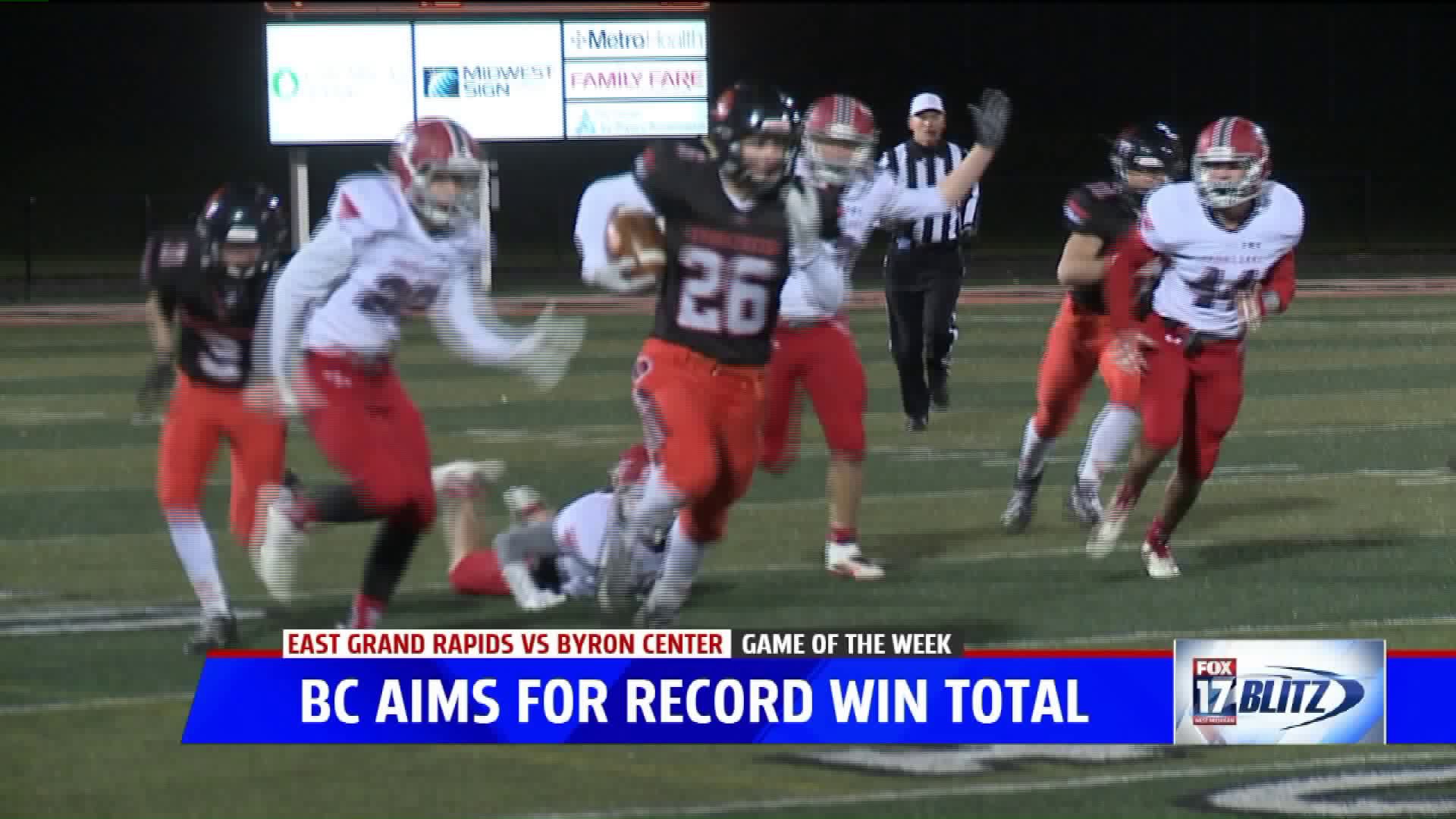 (FOX 17) -- District Titles are up for grabs this Friday in high school football.

"This was our first playoff win in 2-3 years and we have a past of winning, senior wide receiver Jack Mundell said. "It is nice to get back in that grove and I think we can do it again."

EGR took care of Lowell last week and comes into the second round of the playoffs averaging over 39 points per game for the season.

Byron Center has a chance to set the school record for wins in a season with a victory, the Bulldogs won 10 games in 2000 and 2016, both of those seasons included a regular season loss and a district championship.

It is a district final rematch from last season in division 5.  The Titans downed the Vikings 46-35 last year.

This game has been moved to Hamilton High School due to poor field condition at Hopkins.

The Vikings are the OK Silver champs and defeated Dowagiac last week, 29-14.

United started the season 0-3 but has won six of its last seven games including wins over undefeated teams Schoolcraft and Berrien Springs the last two weeks.

Other games the Blitz is planning to be at include:

The Blitz airs at 10:30 p.m. Friday with a full hour of highlights, reaction and analysis.