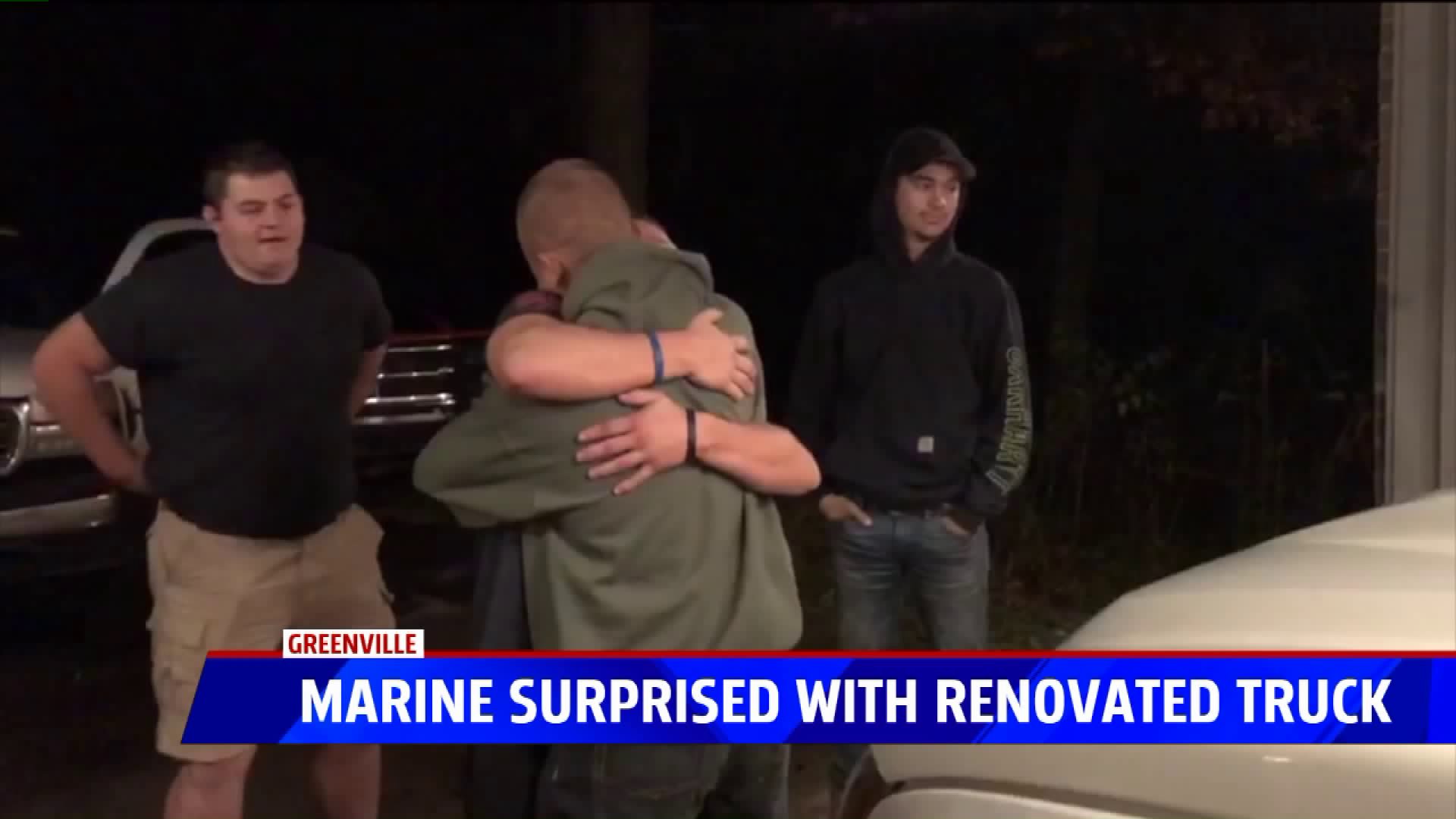 GREENVILLE, Mich. -- A  group of guys in Greenville wanted to surprise their good friend when he came back home from Marine Boot Camp in Parris Island, so they spent a lot of time and money, transforming his old, run-down truck.

"I see it, and instantly it was just water works, I was just crying like a little baby," Kaeleb Mattix said.

Mattix just returned home from Marine Boot Camp, when his friends surprised him with his old truck, totally renovated.

"Everywhere I go, everybody is staring at it, and everybody like’s 'you got amazing friends I can’t believe everyone helped with you out with it.' It's just amazing, it means a lot to me," Mattix added.

About two weeks before this surprise happened, Kaeleb’s closest friends came up with the idea.

"Right after he graduated high school, he bought this ’04 Chevy Silverado Duramax, it had high miles and a lot of rust on it, but we decided to  redo the whole truck and surprise him because it was his pride and joy, he thought highly of this truck and he kind of drove a minivan in high school laughs," Seth Wackerle said.

Sure enough, the guys pitched in money and with their automotive skills got to work.

"It was really rough, that truck was rough," Wackerle added.

Though with hours of work, hundreds of dollars and several energy drinks later the rusty, heat-less old truck became a thing of beauty.

"He deserved something nice and he was always the one to help anyone if they needed it so we did the same for him," Carter Swanson said.

"I appreciate and love every single one of them, I'd do anything for them, I'd give my shirt off my back because they're my family, it's just how it, is we take care of each other," Kaeleb added.