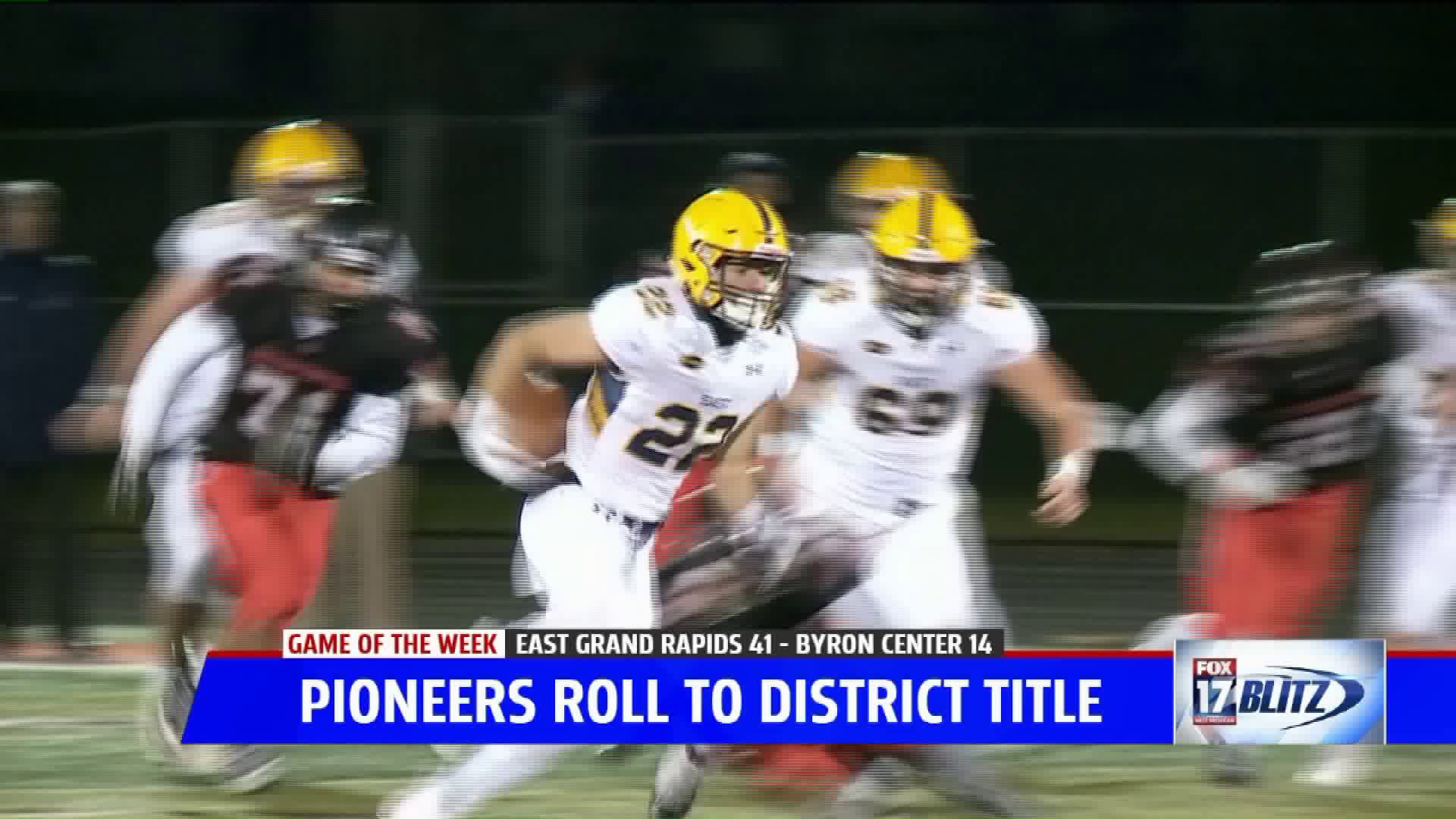 John Shelton ran for 166 yards and three touchdowns as the Pioneers handed Byron Center their first loss of the season in a dominating 41-14 performance.

After a highly competitive first half, EGR exploded in the second half to develop a double-digit lead that would continue to extend.

Byron Center started off strong by forcing a three-and-out on EGR’s first possession and then taking the ball down the field to score. VanderMarkt had two runs of at least 20 yards in the six-play, 64-yard drive finished with a touchdown by junior running back Mason Breit to take a 7-0 lead.

East Grand Rapids responded on its next drive by marching down the field and scoring on a quarterback sneak by Stuursma. Byron Center blocked the extra point to hold a 7-6 lead through the first quarter.

The second quarter was a defensive slugfest as the teams traded field position and punts. With just one minute to go in the half, EGR created the first opportunity to score with a punt return well inside the 50-yard line.

The Pioneers pounded the ball down the field with runs and finished off the drive that way with a 1-yard run by Shelton to take their first lead at 13-6 just before halftime. They wouldn’t lose the lead again.

Coming out of halftime, EGR recovered a fumble on Byron Center’s first possession and scored less than a minute later on a 5-yard run by junior Nathan Milanowski. Shelton also converted a two-point attempt as EGR took a 21-6 lead.

Shelton dominated the third quarter for East Grand Rapids by scoring two more of his three touchdowns on 4- and 16-yard runs.

The Bulldogs’ lone touchdown of the second half came from their special teams unit. Junior Austin Ottow fielded a kick at the 19-yard line and took it to the house for the touchdown.