Health center for homeless & vulnerable to shut its doors 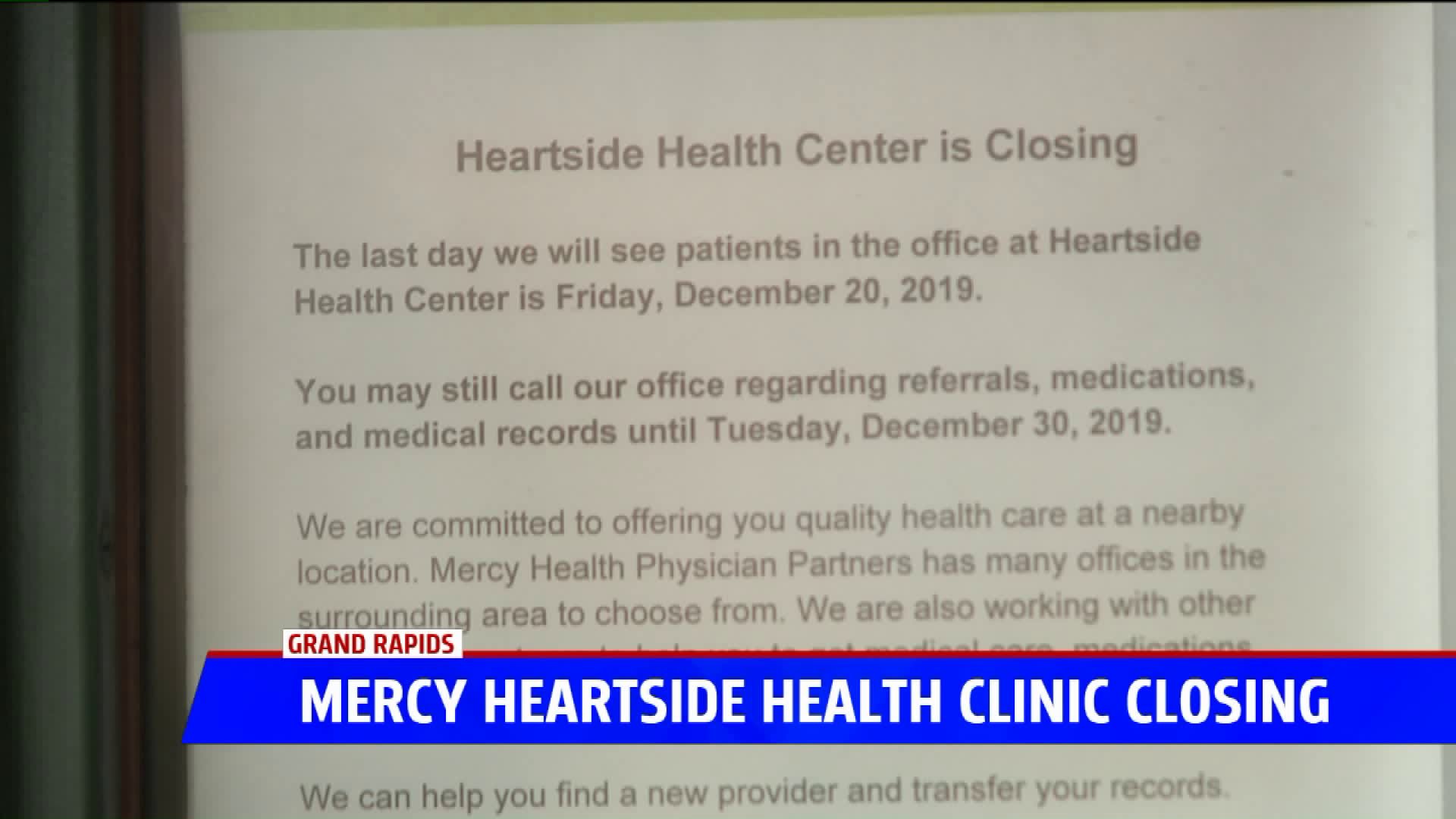 GRAND RAPIDS, Mich. -  A clinic many homeless people and other vulnerable groups use is scheduled to close at the end of the year. Some of its patients are now concerned about the void it will leave.

The Heartside Health Center, based in downtown Grand Rapids, is run by Mercy Health St. Mary's. It's been operating since 1990 and annually serves 3,300 patients.

During the fall, the Health Resources and Services Administration (HRSA) visited Heartside, along with four other similar facilities run by Mercy Health. HRSA stated that Heartside is no longer in compliance with its federal requirements. Because the government facility is federally funded, 50 percent of its board must be comprised by patients who use these types of federally-funded health centers. In Mercy Health's case, that would mean they would sit on the entire board of the hospital, not just the healthcare center.

"So there is no way for us to become compliant," said Dr. Kristen Brown, President of Mercy Health Physician Partners.

Before this, Dr. Brown says HRSA let the regulation slide, but no longer is doing so.

"In particular, I look at our colleagues that have built amazing programs and dedicated their vocation to serving their patients, it's really hard to see this part of it come to an end," said Dr. Brown. "I try to look at the opportunity we have to maybe create something better."

Patients FOX 17 spoke to say the impending closure is a concern for those who may be displaced, uninsured or underinsured.

"I really think it's going to be hard," said Tonia Lee, a patient at the facility. "The only other place they really have to go is the hospitals, and hospitals can only do so much."

Mercy Health has 4 other similar centers that are federally funded in a similar way. The other facilities are either being transitioned to other types of clinics without the same requirements, or they will be operated by a different health group entirely.

The staff based at Heartside right now will be out of a job, but Mercy says it is trying to find new roles for them within the organization.