Woman on disability loses almost everything in house fire 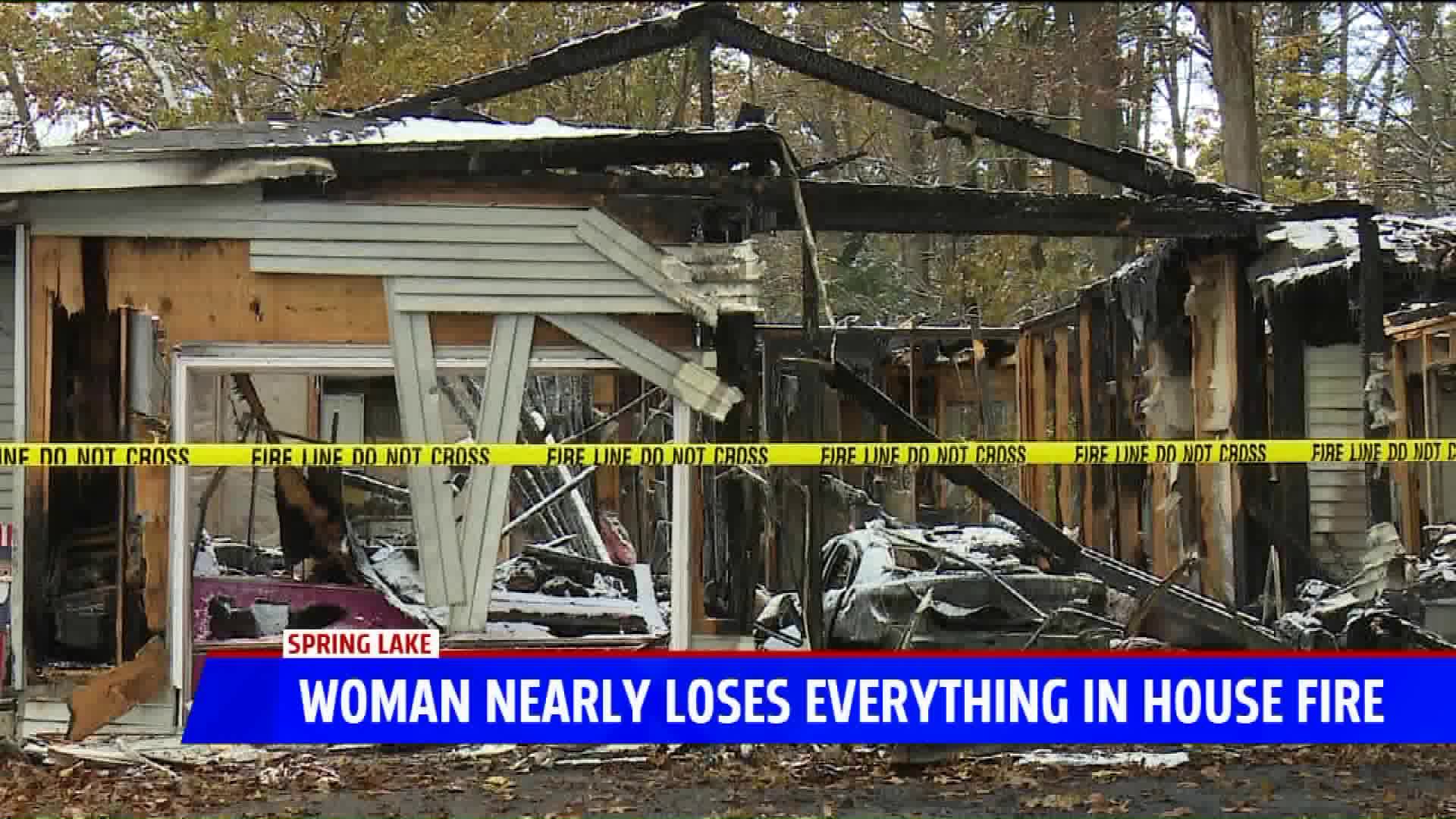 SPRING LAKE, Mich. --A duplex was destroyed in a fire Thursday night, displacing a handful of people.

The fire broke out around 5:30 p.m. and burned well into the night.

A family on one half lost two dogs, the woman on the other half of the home lost a cat and almost everything else.

"I haven’t been able to process a whole lot, cause its just overwhelming," Tracy Holt said.

Tracy Holt was about to shower when she noticed smoke coming from her bathroom vent.

"I thought to myself 'why is that? I didn’t turn that light switch on.' Then I realized it was smoking out of there and I jumped out of the shower and told my grandson to get outside," Holt said.

Within minutes the duplex was burning

She was able to get her car out but everything else ended up scorched and she doesn’t have insurance to replace it.

Holt said she lost, "My embroidery machines, my Harley, everything that I worked hard to get."

Now staying with family she faces an uphill battle to get back on her feet.

"I’m on disability because I’ve had knee surgeries and foot surgeries. I just get by and pay my bills. My rent and my bills and that’s all I have left for the month, and I make a little bit on the side doing a bit of embroidery but that’s it," Holt explained.

The cause of the fire is not yet known.

Family members have started a fundraiser to help Tracy get back on her feet.