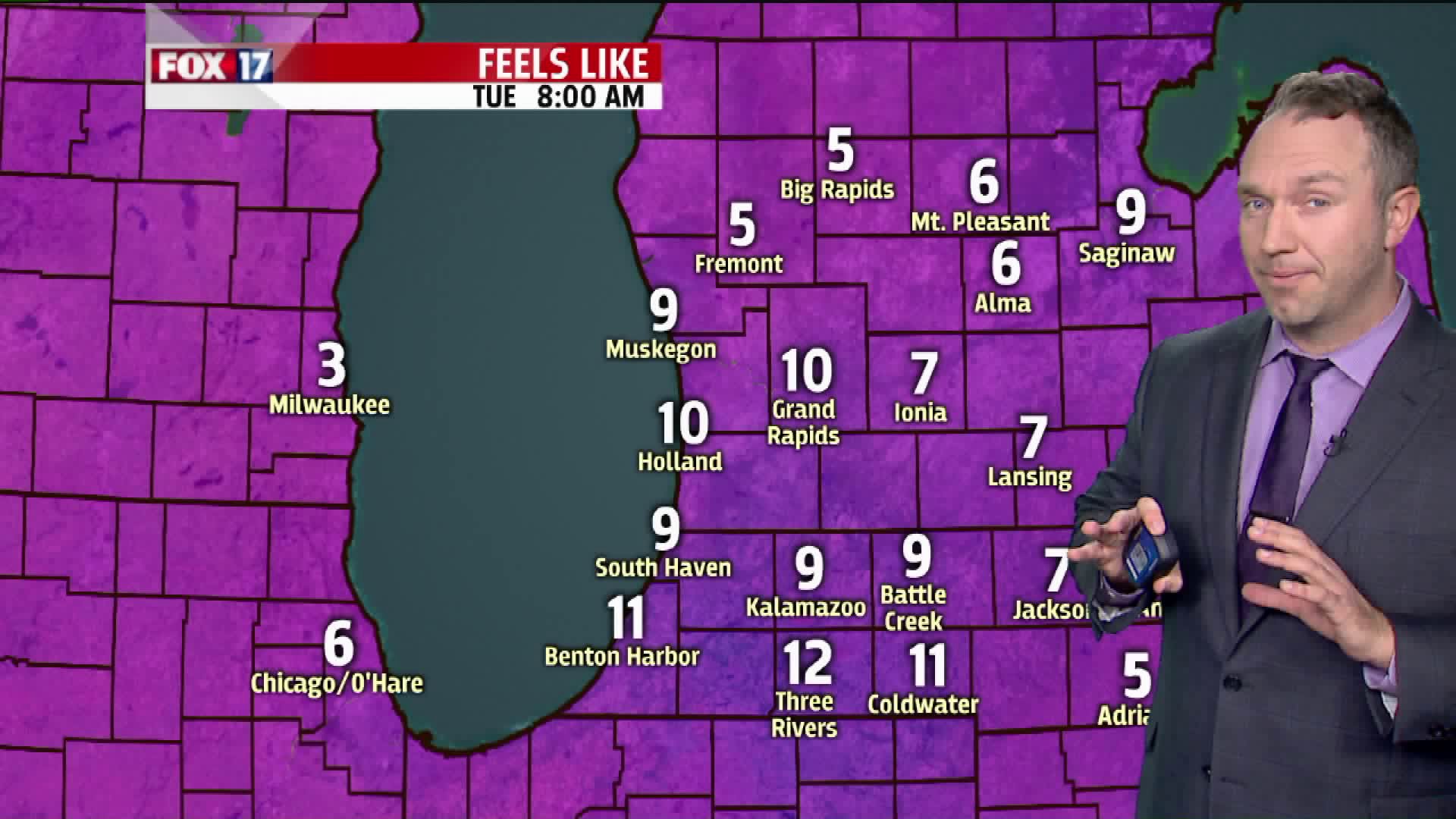 WEST MICHIGAN -- Our already cold month of November is about to get even colder.

While one wave of chilly Canadian air moves away this weekend, a stronger push of cold greets us early next week. High temperatures will be 20 to 25 degrees colder than normal on Tuesday and Wednesday.

Next week's cold airmass will come directly from the arctic circle, bringing temperatures West Michigan has not seen since early March. These temperatures will be colder than what we typically see in January.

The cold will also come with a steady breeze. This breeze combined with morning lows in the teens will send wind chills into the single digits and in some extreme cases, close to zero degrees.

To make matters worse, as the cold air runs over the still relatively mild Lake Michigan, lake-effect snow will also break out. Communities along the lakeshore and around I-94 could see over half a foot of snow. Inland cities will likely see a few inches of snow, but will also experience the coldest air.

Stay with FOX17 News for continued updates on the first real taste of winter next week.