Russell steps up to lead Ferris State over Grand Valley 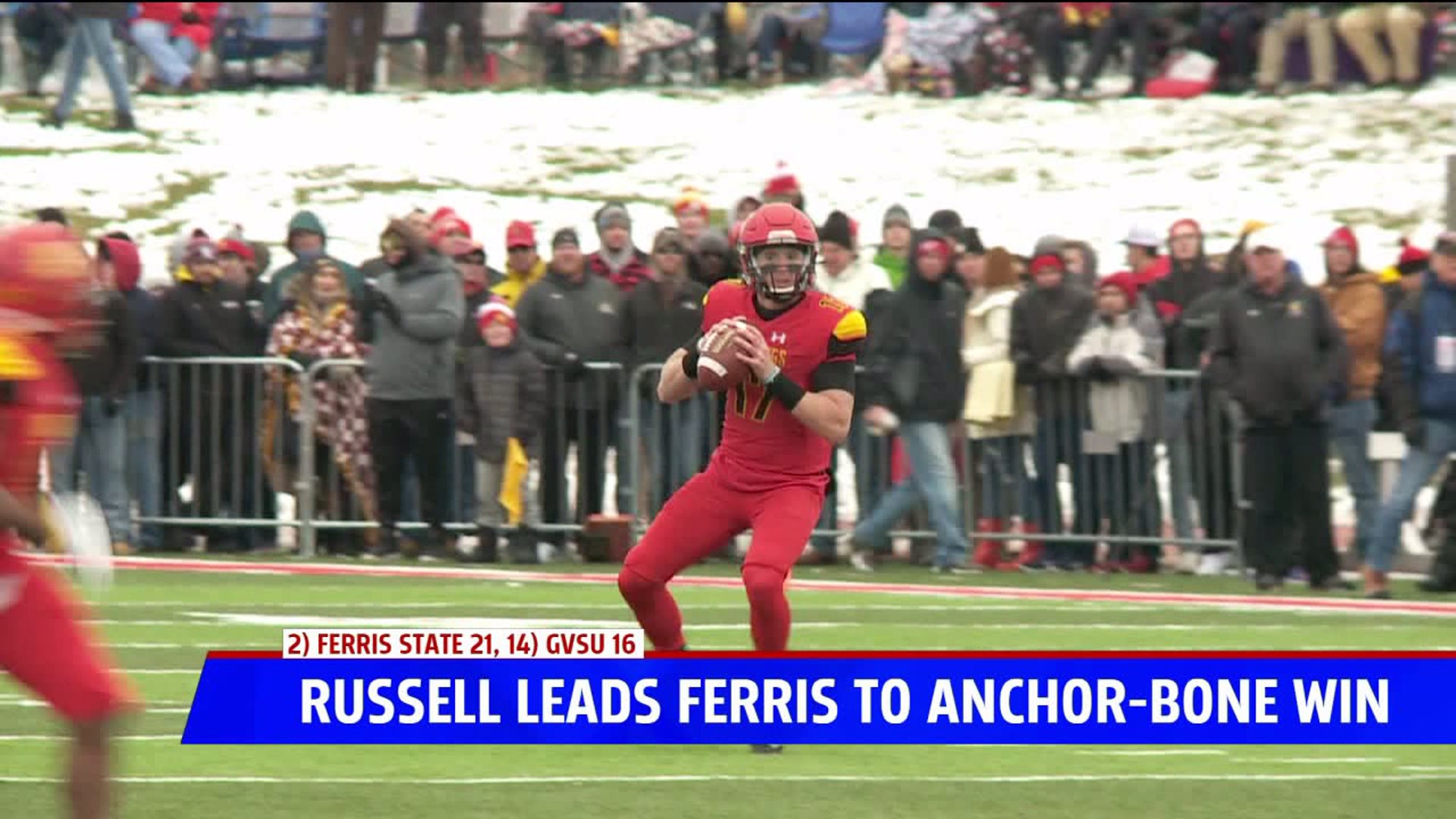 BIG RAPIDS, Mich. -- West Catholic alum and Ferris State senior Travis Russell had a chance to either transfer to another program or stop playing football all together. Russell has already graduated but decided to return to Ferris State to pursue a Master's degree and remain with the program.

During his career, Russell has sat behind three really good quarterbacks during his four and half years including Jason VanderLaan, Reggie Bell and now Jayru Campbell. In fact, two of them are Harlon Hill award winners. However, with Campbell sidelined due to injury for Saturday's game against Grand Valley, Russell was left to step up and did so in a big way.

The Grand Rapids native threw for 287 yards and two touchdowns while also having an effective day running the ball, helping the Bulldogs pick up the 21-16 win.

"It is just kind of ironic, being a kid that grew up ten minutes away (from GVSU)," Russell chuckled after the game, "if my dad and I weren't jumping in the truck and heading to South Bend, we head over to Allendale and watch them play."

With Campbell's success a year ago, Russell didn't expect to have a major role this fall but Saturday's win is a feeling he'll remember for the rest of his life.

"It's awesome to just strap it up with the guys I wanted to play with, that is the reason I wanted to comeback," Russell added, "everything about why I came back was because of the way we played today. There's nobody else in the world that I'd want to play with than the Ferris State Bulldogs."

Head coach Tony Annese has leaned upon Russell's character and leadership to help lead the way for the rest of the team, both on and off of the field."

"He knows the circumstances," Annese said, "the realization that Jayru was here and yet he still chose to come back and I believe in the football gods. The football gods are shining on him because of the type of character person that he is."

After the Grand Valley defensive touchdown in the first half, Ferris State was able to respond with a touchdown, cutting the 9-0 deficit to 9-7 before halftime.

"We didn't kick the ball very well," Lakers head coach Matt Mitchell said, "number 5 returned it, good job by him and then we had the personal foul is a big sequence. The other big factor is that we had the ball in the third quarter on their end of the field twice and came away with no points, you have to score points."

That makes back-to-back undefeated and outright GLIAC championships for the Ferris State football program and likely a first round bye in the division two playoffs, although that is yet to be determined. The first round bye would mean consecutive weeks off because the Bulldogs don't have a game scheduled next week which is the final week of the regular season.

As for Grand Valley State, the Lakers fall to 8-2 on the season and will be at home against Wayne State next Saturday, firmly on the playoff bubble they'll need a win and some help and play the waiting game.