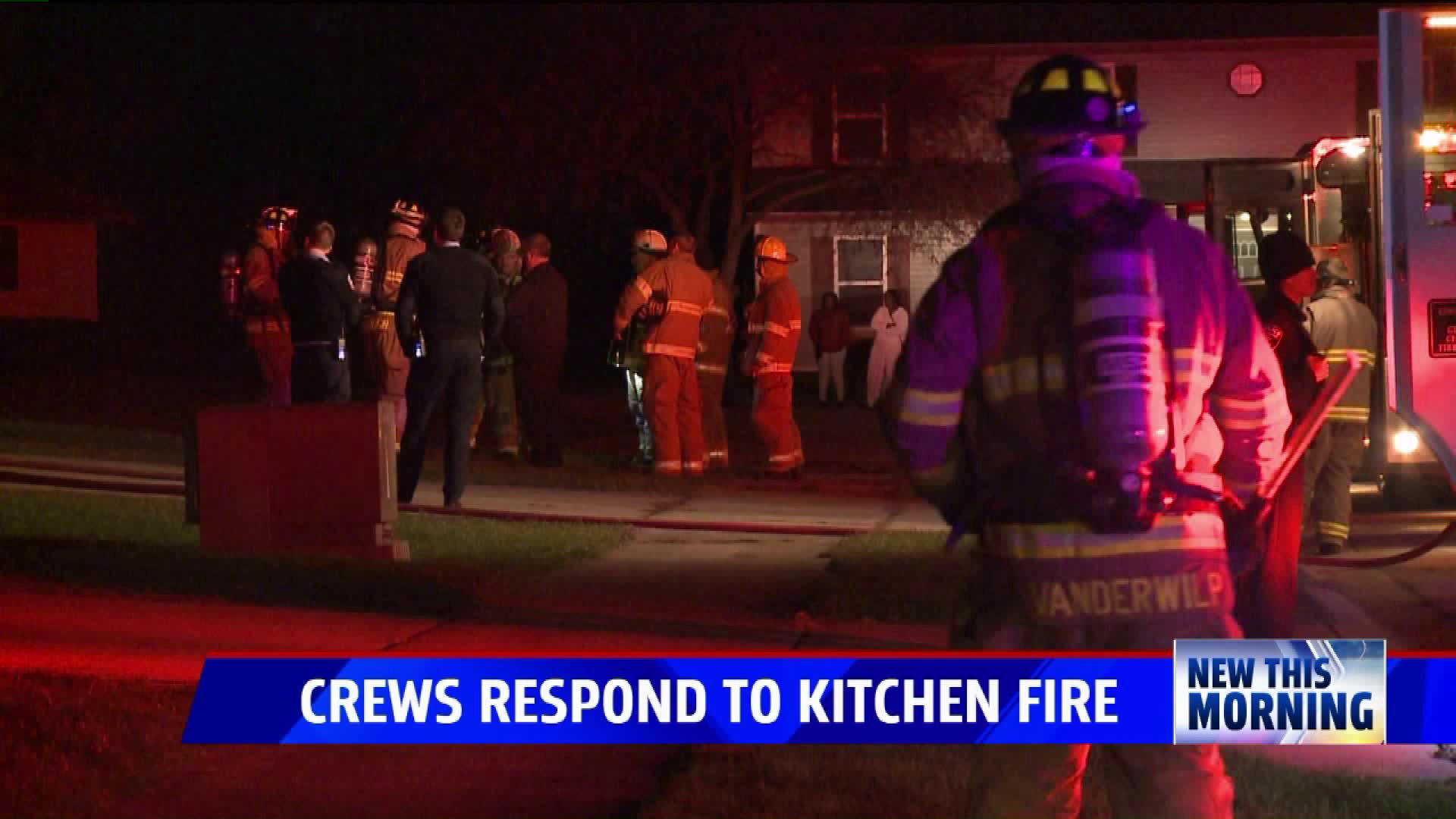 GRANDVILLE, Mich. — Firefighters were able to quickly put out a fire that broke out in a kitchen early Sunday morning.

Chief Mike May of the Grandville Fire Department told FOX 17 crews that they first got the call just before 4 a.m.

Dispatchers initially told firefighters that an elderly woman had to be rescued from the second floor of the house near Kenowa Ave. SW and Ravenswood Dr. SW in Georgetown Township. However, she got out by the time crews arrived.

Firefighters found the blaze was limited to a kitchen within one unit of the fourplex home. Chief May told FOX 17 that they were already putting out hot spots within the hour.

Though the home did have some minor fire damage, no one was hurt.