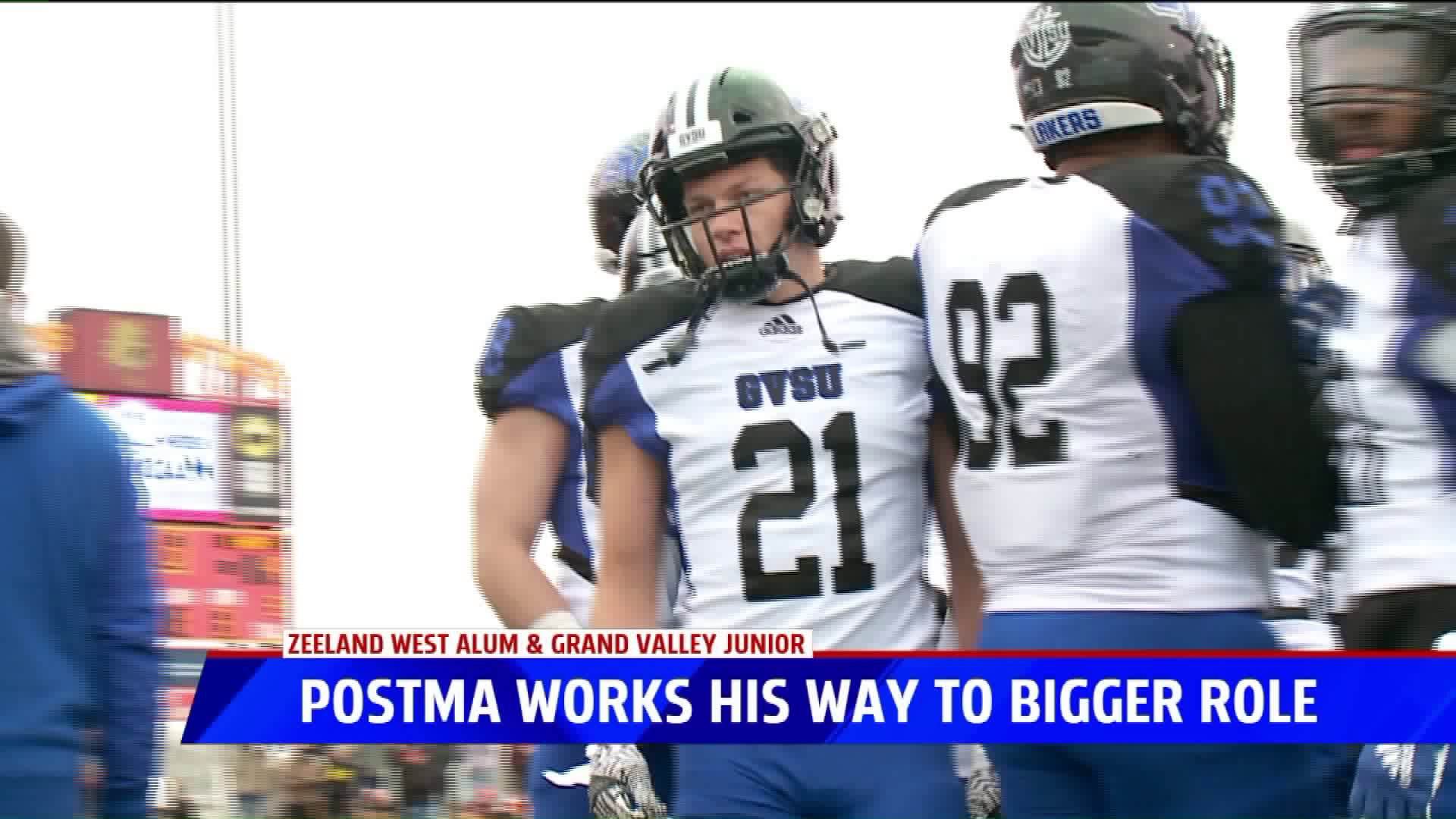 ALLENDALE, Mich. -- Grant Postma was a key part of the 2013 state championship team at Zeeland West but prior to that season, he barely saw the field.

"In high school I didn't really play much as a junior, I wasn't starting, I was playing a lot on scout team," Postma said, "I learned how to embrace that role."

Postma was an outstanding runningback and totaled 104 tackles as a senior but decided to go to Grand Valley as a walk-on. Now, he's a major part of the Laker defense.

"I just think I've learned a lot and grown a lot," added Postma, "especially from Coach Mitchell, what he does for the players and the way he teaches people and the way he makes you conduct yourself."

As if being a walk-on wasn't enough, Postma has suffered two season-ending ACL injuries over his career at GVSU, but he has persevered through them.

"I think a lot of it has been the support of my coaches and the players. Any injury is tough but you have to have a will and a drive to want to comeback and want to compete."

Postma has received several academic awards in college as well including Academic All-GLIAC last season. In fact, he already has a degree in computer engineering and he's now a Masters student in computer science.

"Whatever field you want to go into, computer science touches that field," Postma said on his career, "if you have a computer science degree or a minor, you can definitely work that in and it works to your advantage."

Postma is looking into internships all around the country, including in California where most opportunities are.

"Right now I'm going through the process of applying to those places like Amazon and Google," he said, "I'm looking to go out there this winter and do one of those internships."

After redshirting his freshman season and receiving a medical redshirt in 2017, Postma still has one more season of eligibility.

"He wants to come back and finish up his last year of football in 2020," Coach Mitchell said, "but he has an extremely bright future in computer science and engineering."