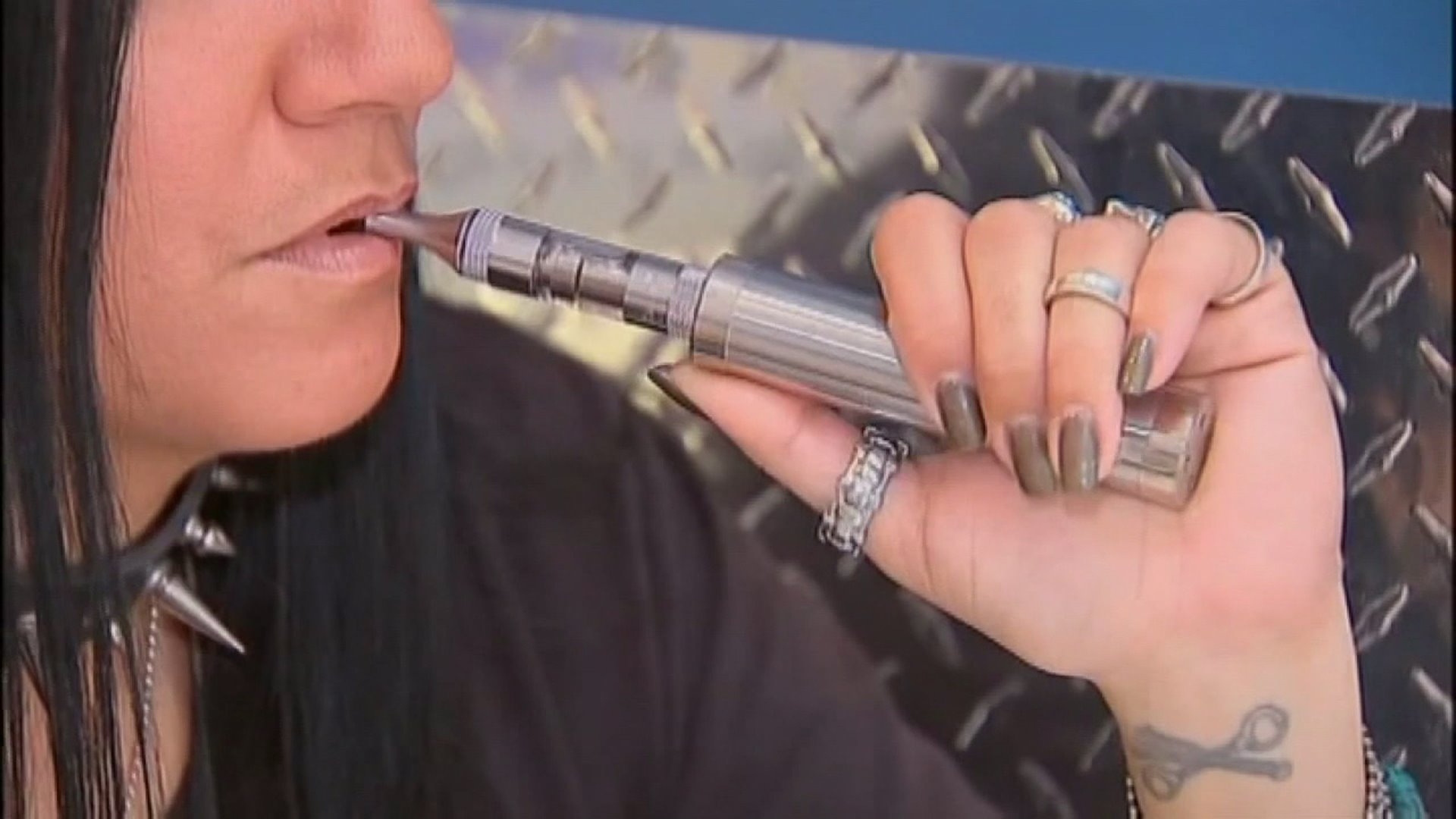 GRAND RAPIDS, Mich. - Vaping is more addicting than smoking, according to health experts at Spectrum Health, now offering classes to help people quit the habit once and for all.

Nearly 40 people have died nationwide due to lung injuries associated with e-cigarettes. This week, researchers have identified the chemical, Vitamin E Acetate within the lungs of those stricken with illness. New revelations in research alongside vape-related deaths has Spectrum Health spearheading classes to help people quit the dangerous habit.

“There’s about 650 chemicals in an unlit cigarette,” said Elizabeth Stern, Program Manager for the Tobacco and Nicotine Treatment Program and Lifestyle Medicine for Spectrum Health. “There’s over 7,000 chemicals in every puff of smoke.”

The numbers are enough make a hardcore smoker thing twice about lighting another cigarette. When it comes to vaping, Stern says the unregulated nature of e-cigarettes makes it difficult to properly identify what you’re putting into your body.

“People think e-cigarette vapor is like water vapor or steam, that it’s not harmful,” Stern said. “But what you’re inhaling from the electronic product is more of an aerosol, actually.”

After studying the effects and addictive qualities of nicotine, which can be found in both vape and cigarette products, Stern believes vaping is actually harder to quit than smoking cigarettes.

“People we help at Spectrum have found they’re getting much, much more add cited to nicotine that’s in the electronic products,” said Stern.

Health professionals say this is because vaping is more accessible. Users can vape in public bathrooms, in the office, or inside their own home. Another is because of newer salt based e-liquids which dissolve into the blood stream faster.

Teens and young adults under 28-years-old are most at risk. Stern says this is because brains haven’t fully developed; explaining users are conditioning the brain for addiction, not only for nicotine, but other substances as well.

“If you are trying to quit, use the approved cessation tools,” Stern says.

If you’re determined to quit, but want help , email Elizabeth Stern at Elizabeth.stern@spectrumhealth.org.