Veterans share their stories, get free haircuts for Veterans Day 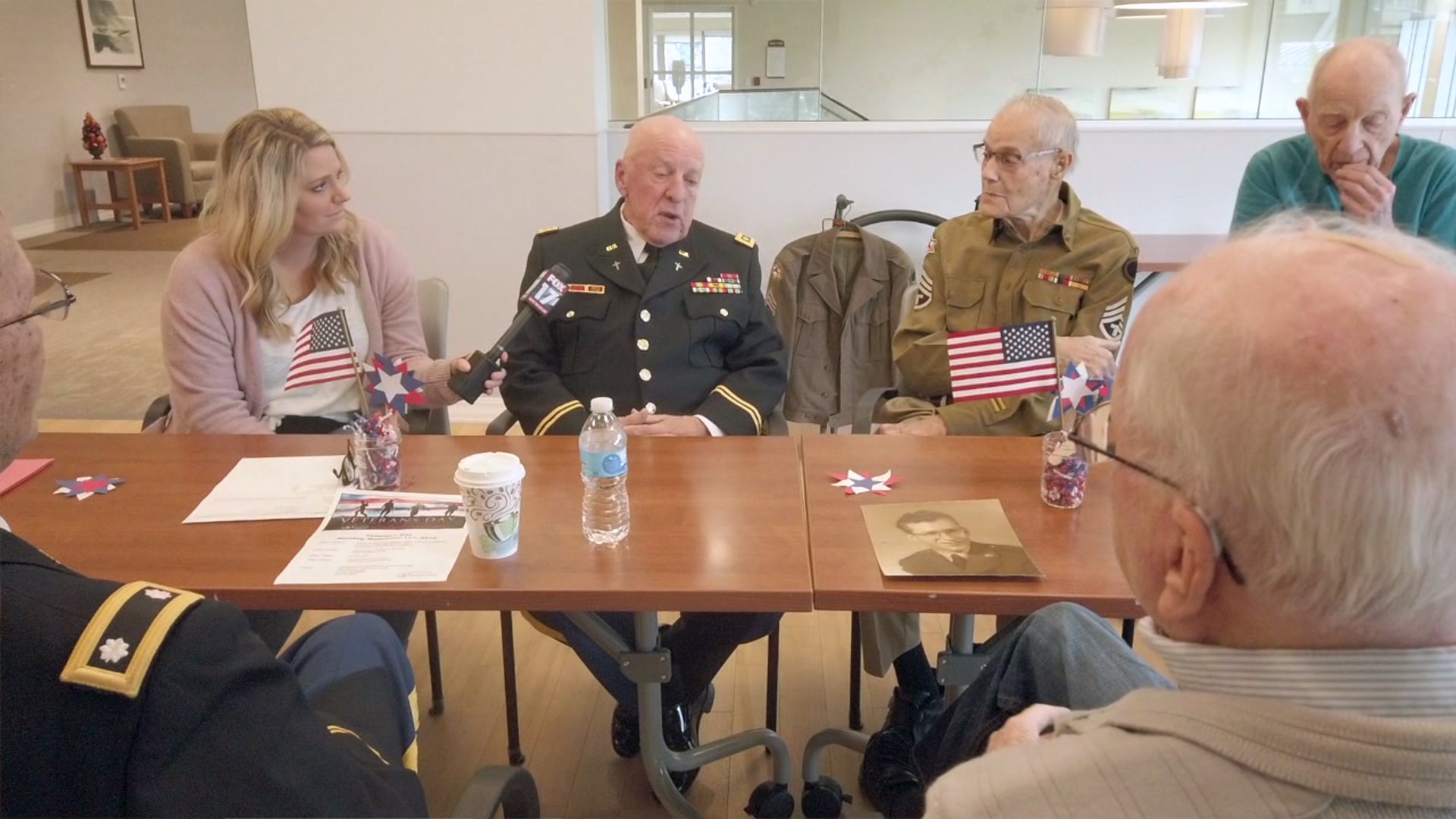 JENSION, Mich. -- Today is a day to honor Veterans who have fought for our freedom and lived to tell the tale.

FOX 17 Morning News wanted to show some of them a small token of appreciation for their sacrifice.

With the help of Waterford  Place in Jenison we invited Veterans there to join us for free donuts courtesy of the Donut Conspiracy and free hair cuts donated by hairstylist  Megan Hislop who without hesitation wanted to help. It was evident that something so simple meant so much to these Veterans.

"I always feel good when I'm with veterans.  There's some understanding is we have immediately we don't even have to change words sometimes.  " said Don Jansen, Army Chaplain.

"I never dreamed that as a young kid immigrated to Grand Rapids, Michigan that I would wind up sitting here with retired soldiers," said Bill Brander, Amy Chaplain.

"Some veterans say the war in Vietnam was hell but the worst hell was coming home because of what we went through.  And yet I don't hear any whining or carping or complaining.  The American soldier always impressed me," Jansen said.

"21 days we were in Okinawa but we could not get off our ship," said Harold Kolk, World War II Veteran.

"We went on half rations immediately and about 3/4 of the way over we were down to bread and water.  And I mean that literally bread and water was all we had and then we ran out of bread." Korean War Veteran Ralph Veenstra said.

"I was with the first signal brigade and I had to go to all the mountain tops where all the signals were and had to get there sometimes by jeep and sometimes by convoy it and sometimes the convoy with blown up," Brander said.

"In Korea I was by myself I was a battalion chaplain and most of my troops were on mountain tops.  Each day a different mountain top," Jansen said.

"I was shut down in a helicopter I was not injured but some scary situations there," Brander said.

"Four years in the Navy never on the ship at sea. I was in the brown shoe navy. Aviation.  Saw everything that was going to happen in Vietnam and when I was asked to re-up I said no.  I got out and four months later Vietnam was declared a war," said Carl Wykstra, Vietnam Reserves.

"In my dreams sometimes I think I'm hearing reveille but it's all in my head.  The only reveille I am looking forward to now is God's great bugle on the other side of the river calling me home," Jansen said.