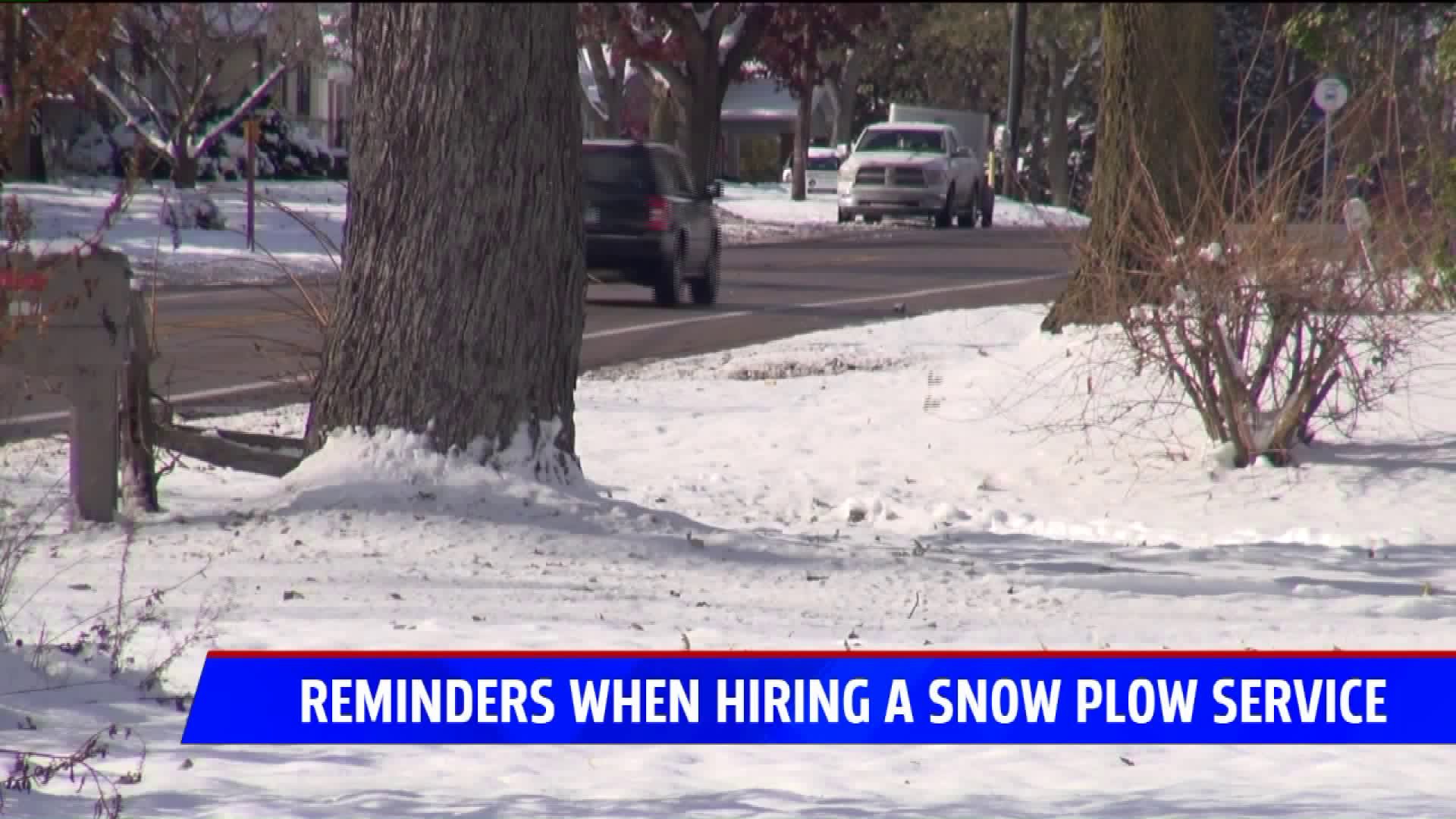 WEST MICHIGAN -- With wintry weather officially here, property owners might be thinking about hiring a snowplow service. By February of each year, complaints about plow services usually have trickled into the FOX 17 newsroom. It's no different for the Better Business Bureau.

"Every year, we hear from consumers, from businesses who say, 'I paid a snowplow driver. They never showed up,'" Troy Baker with the BBB said.

"So there really are some things you need to watch out for when you are hiring a snowplow to make sure that you don't get ripped off," he said.

If you’re in the market for a plow service, before signing, the BBB suggests you make sure it's reputable and has a good track record of showing up and doing the job. Research online, get references, and talk to family and friends.

"If you have somebody with a good long reputation (and) a good track record, it's ok to go ahead and pay that upfront and know that you've got the season covered. If it's somebody fairly new, somebody you don't know, go ahead and pay by the plow or do it in installments. That way if the job doesn't get done you're not out a bunch of money," Baker explained.

However, a good reputation isn’t all they need. Even the most well-meaning companies can have things go wrong which is why the BBB says you need to be aware of the size of the business and their backup plans.

Baker said, "As we've seen in the past (is) that really is the issue with a lot of these companies. A lot of consumers hire somebody who has the best of intentions, but then something happens where they're not physically able to get to you. So what does that backup plan if the truck breaks down? Or if there is an illness in the family? How are they going to service your account?"

Above all, get everything in writing.