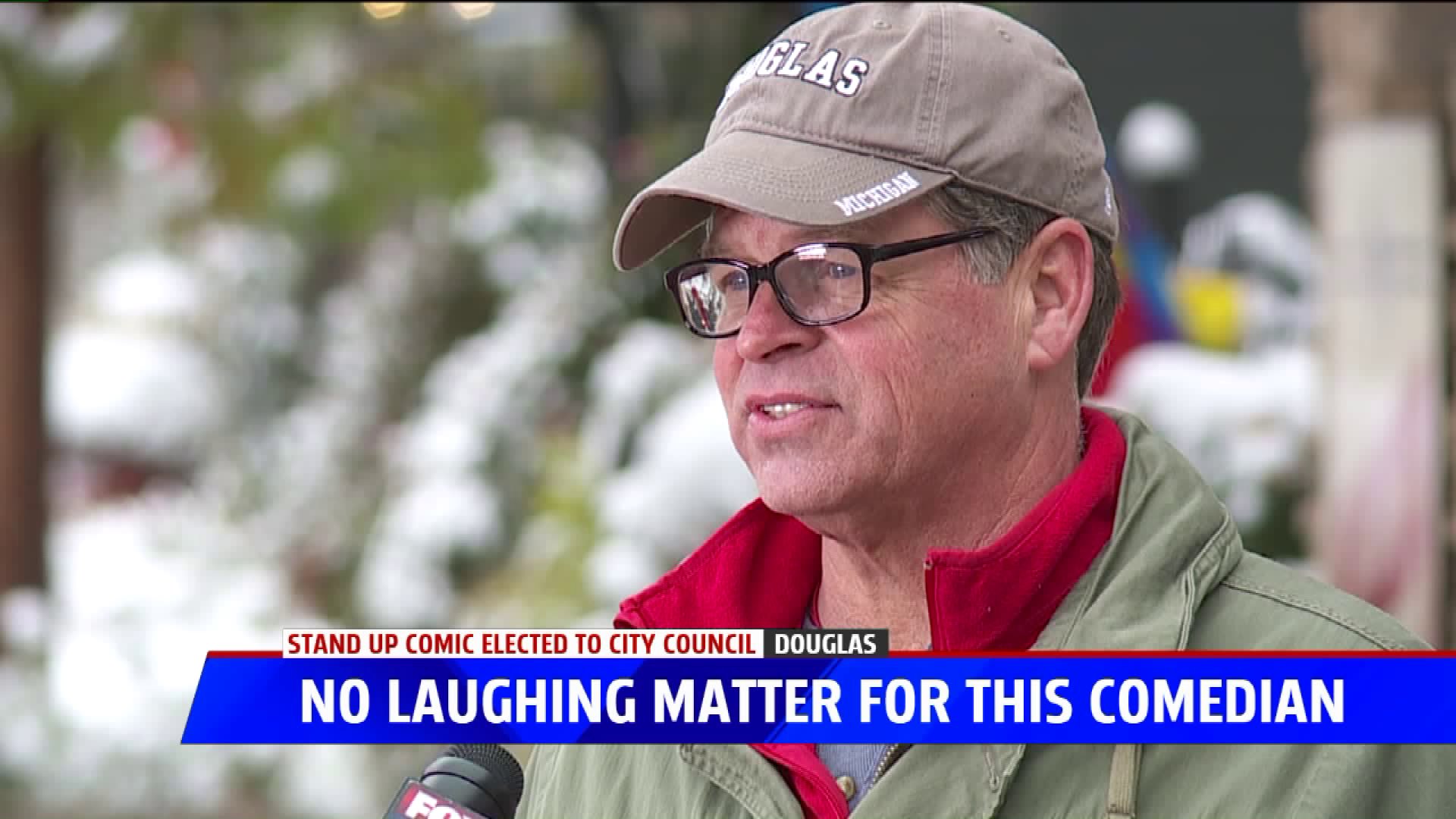 DOUGLAS, MICH.--To Jerry Donovan, Douglas Michigan is a special place. It's the place he calls home.

This time of year, the lights in the shop windows twinkle. Donovan can point out all his favorite spots downtown. It's pretty much every place.

“One of the things I’m learning, is I’m basically an ambassador to the community,” Donovan said.

Donovan is getting used to his new title: city councilman.

His day job as a stand-up comedian helped him prepare for his new role, in more ways than one.

“Being a stand up comedian helped me with the public speaking aspect of it,” Donovan said.

But that comedic sense isn't something he's taking with him into his elected position.

“The thing about it is, yeah I’m a comedian, but I take this very seriously,” Donovan said.

He cares about his town. Spending so much time on the road for work means home is a special place. For him, this election is proof that anyone with a heart to serve their community can do it.

“One thing about comedy, is you have to come in and make friends quick. Same thing kind of with politics. But I don’t consider it politics. I consider myself an elected official,” Donovan said.

Donovan won a write-in campaign. 174 people voted for him. The entire Douglas City Council election was write-in, due to a missed deadline. Donovan is the only new member on the council, and he will be sworn in November 18.