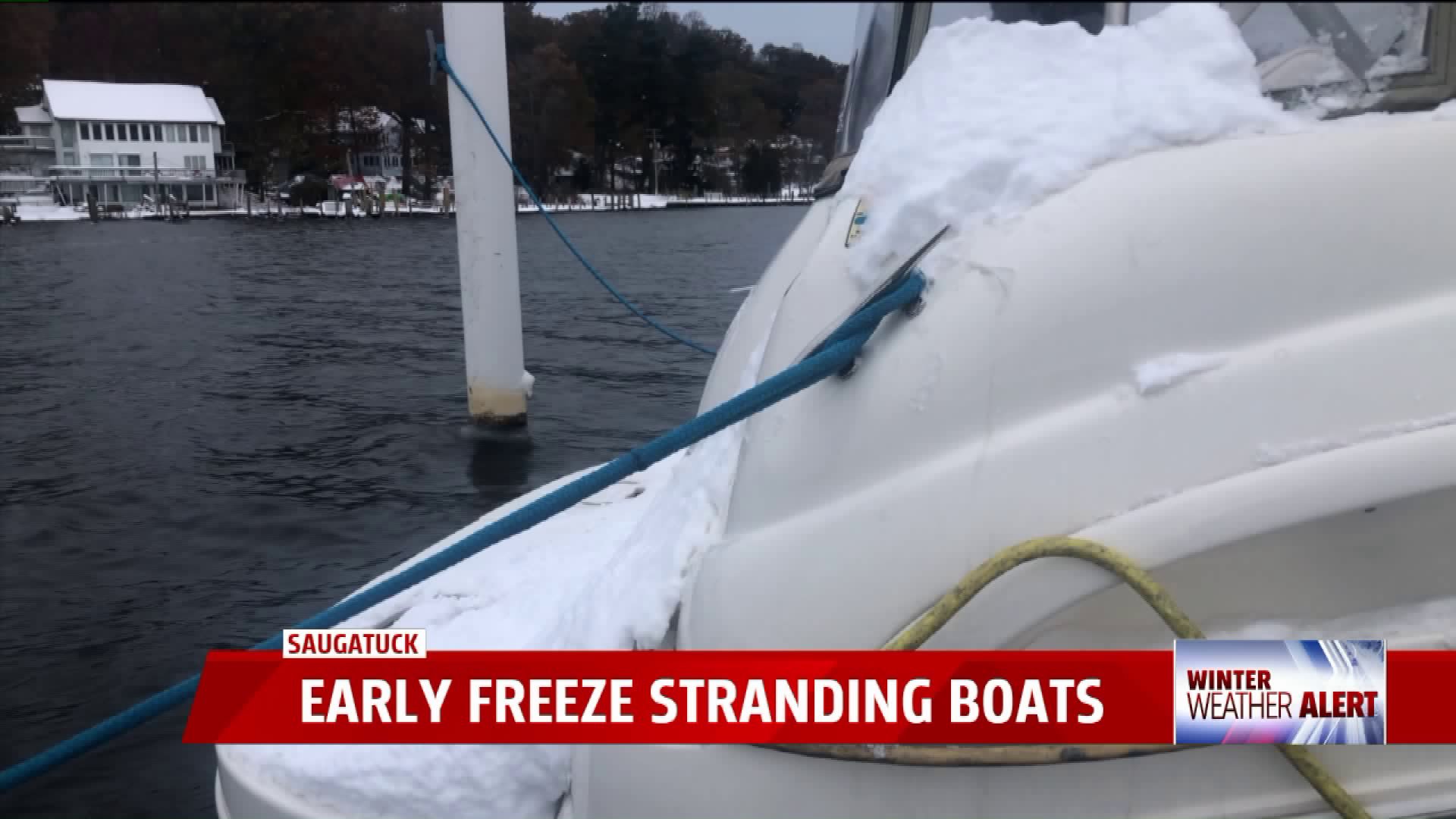 SAUGATUCK, Mich. — Jason Tripplehorn's job is taking care of boats. This year, it went from a fun summer to a miserable winter season really fast.

“They should be fine until at least the first part of December. I’ve never seen anything like this," Jason Tripplehorn, owner of Nauticlean, said. The early November snowfall is proving to be quite problematic.

“Boats won’t start, lines are freezing up, transportation can’t get down to the ramps to get them out of the water."

And the damage is already done.

“People are definitely at risk of putting of thousands of dollars into fixing broken pipes and motors,” according to the Saugatuck business owner.

Tripplehorn says the timing is all wrong.

"People wait until the last minute because they want to enjoy the fall colors and take their color cruise,” he said.

Chances of that fall color cruise were gone faster than they could start. Some boats are stuck in the water until warmer weather, hoping what we're expecting this coming week is enough to save them from from being dead in the water.