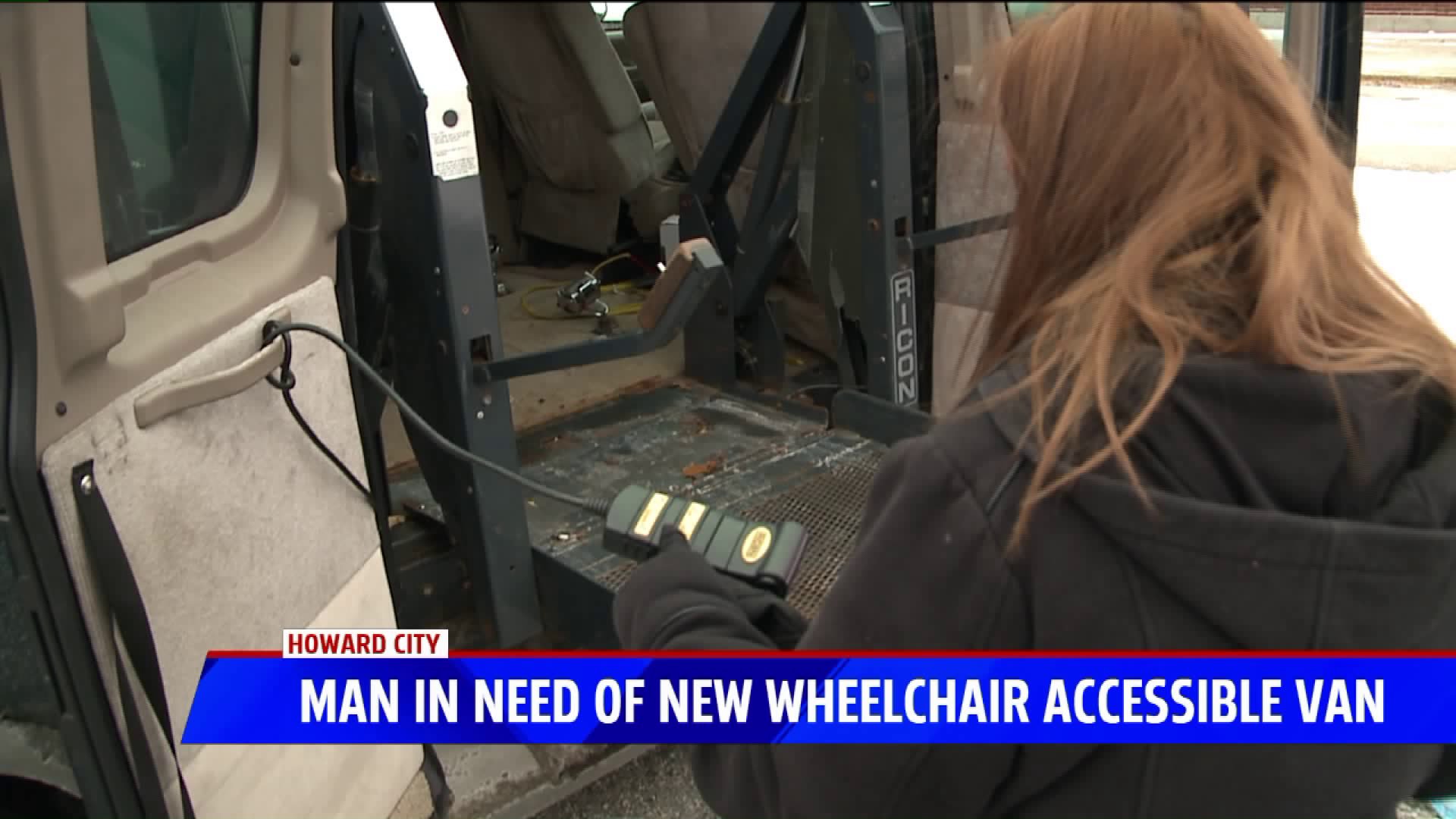 HOWARD CITY, Mich. — The family of a man living with cerebral palsy is in desperate need of a new wheelchair-accessible van to get around.

Jacob Acton is a 26-year-old man living as a quadriplegic with cerebral palsy. Both his mother, Danielle, and sister Melanie function as his caregivers.

All of them rely on an aging wheelchair-accessible van to get him to school and appointments. They have had the van for about eight years now, and it is falling apart.

“Trying to get back and forth to school has been terrible, especially this week. When you’re driving, it's pulling to the right continuously,” Danielle Acton told FOX 17 Wednesday afternoon.

Jacob's mom, who stands just below 5 feet tall, struggles on a daily basis to get the van to function. The automatic lift they use to get his wheelchair into the van tends to get stuck, when it chooses to work at all.

Melanie Reyers-Acton says her brother thrives on getting out of the house and into the community.

“He is very outgoing. He loves everybody. He loves meeting new people. He is nothing but smiles,” she said.

The family's insurance won't cover the upgrades they need and because of Jacob's age, he doesn't qualify for many of the programs that would usually help someone in this situation out.

So now the family is taking matters into their own hands. They have launched a Facebook fundraising campaign to raise the money needed for a new van.

“This would provide major more than thriving, this would give him an opportunity to soar,” his mom said.

A Facebook page has been created for donations to the campaign.