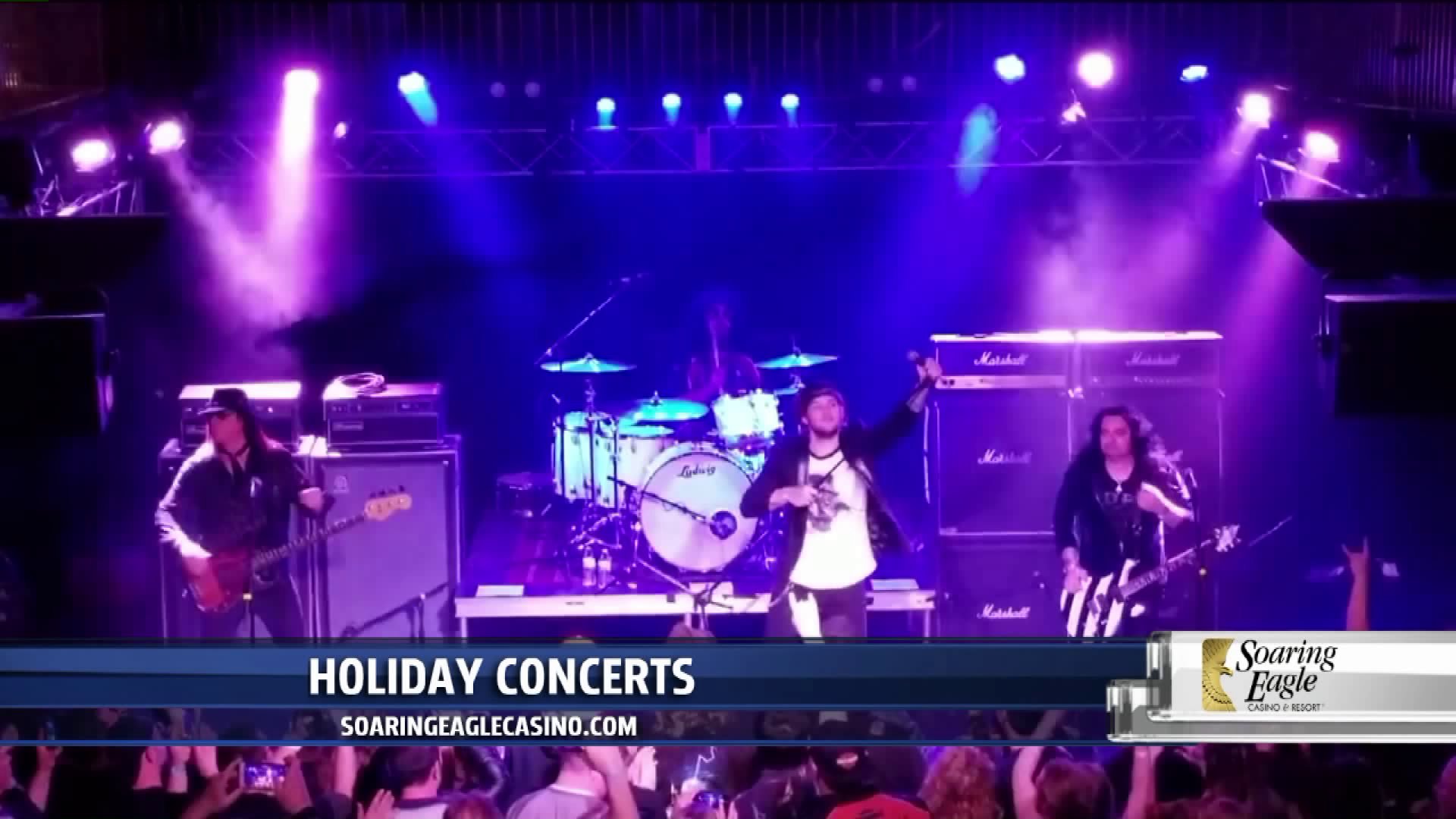 Enjoy a breakfast fit for a queen at the Snow Queen Breakfast on November 24. From 9 a.m. to 12 p.m. guests will get to meet Anna, Elsa, and Kristoff at the Nbakade family restaurant. They'll be served everything from Olaf's Sunny Scrambled Eggs to  Elsa's Frosty French Toast Sticks. Adults are $14.95 and ages three to 10 cost $7.95, white ages two and under are free.

Want to enjoy family time, but don't want to be stuck in the kitchen all day? Enjoy Thanksgiving dinner at the Soaring Eagle family restaurant. They'll be serving food from 12 p.m. to 7 p.m. Meals include roasted turkey breast, seasoned prime rib, spiral ham or angel hair shrimp pasta. All dinners are served with a choice of a Caesar Salad or House Salad and pumpkin pie. Reservations are recommended and can be made at (989)-817-4806.

On November 30, male a cappella group Straight No Chaser is coming to perform on the stage. The group got their start in college, and they've now turned that hobby into a recording career that has taken them around the world. Tickets start around $30.

Brett Young will be at the casino on December 6. Did you know he was a college baseball pitcher who took up songwriting after an elbow injury? Some of his hits include "Sleep Without You" and "In Case You Didn't Know." His special guest that night is Ingrid Andress, known for her single "The Stranger."

Mike Epps is generating buzz among his peers for being not only one of the funniest comic actors in town but also for his dramatic talent. In 2018 Harper Collins published his autobiography and he recently wrapped the Amazon feature Troup Zero starting opposite Viola Davis, Allison Janney, and Jim Gaffigan. He'll take the stage on December 27.

Atkins's fifth studio album called "Caught Up In The Country" reveals an artist who is confident enough to know that making better music can require patience and experimentation.

Hip hop fans will be stoked to hear that Salt-N-Pepa is bringing their legendary beats to the Soaring Eagle stage on December 29. Their long hip hop career spanning from the late '80s until now will have you dancing to their hits like "Shoop" and "Whatta Man".

Speaking of the '90s, rock and roll legends RATT along with Quiet Riot are brining their heavy metal style to Soaring Eagle on December 30. RATT was one of the most popular rock acts of the '80s known for songs like "Your Privacy" along with "Round and Round."

Quiet Riot has had quiet the historical journey recently adding Season 10 American Idol James Durbins. Prior, they became an overnight sensation thanks to their monster 1983 smash album "Mental Health."

Tickets for all these shows can be purchased at etix.com.

The Festival of Trees Charity event is back on November 11 and 12. Pick up your potted trees from Soaring Eagle Waterpark and Hotel. On November 26, decorated trees must be returned to the waterpark and hotel. December 7 will be the big tree lighting ceremony with a visit from Santa. Bids will be accepted for the decorated trees from December 7-16, with the winning bidders being notified on December 18. All proceeds will benefit Andahwod: A Senior Care Community.