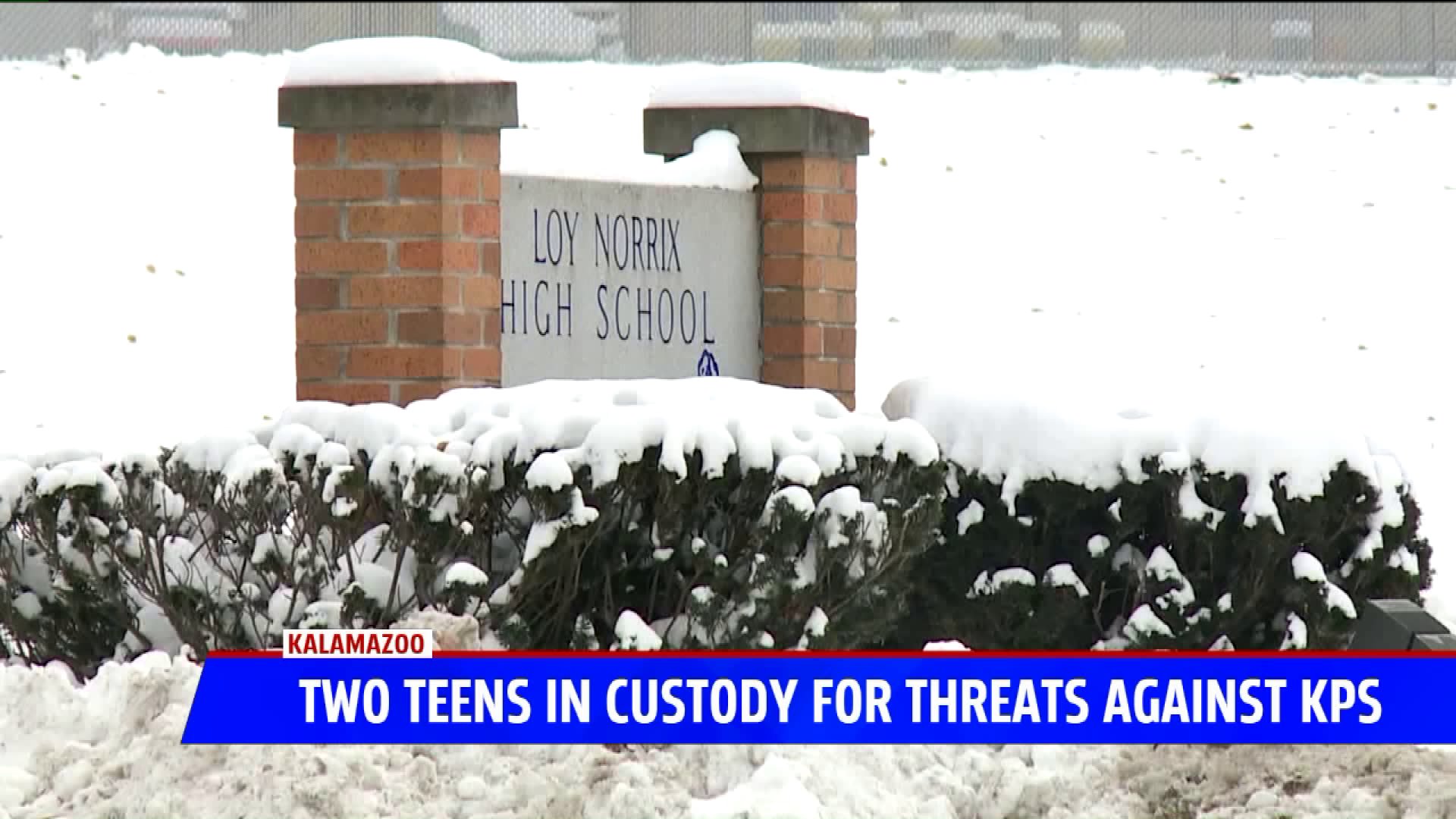 It was directed toward Loy Norrix High School, he said. Detectives investigated the threat all night.

“We were able to identify a suspect and located her (Wednesday) morning and arrested her,” Boysen said. “It was a 16-year-old female that we arrested for the terrorist threat.”

She’s currently lodged at the juvenile home along with the other teenager who was arrested Tuesday for a threat he made earlier this week, Boysen said.

“This whole thing started spinning out Sunday night,” Boysen said during an interview at KDPS Headquarters. “We started getting our first tips.”

That night police began investigating a threat that read "blowing up Loy Norrix Tomorrow @8am. Be ready," he said. It was posted to a fake social media account. And, since then, police have investigated a few more threats.

Monday, Kalamazoo Public Schools cancelled Monday classes at Loy Norrix and other schools in the districts.

Then around 1 p.m. Tuesday, Parchment school officials stated on social media that school was being let out early after they too received a threat.

“We again had a whole team of investigators on it, working with our local partners: state police,  Portage, Township,” Boysen said. “We all worked it together because they were sending threats at there schools similar to what we had.”

Detectives were able to identify where the threat came from, he said. Later that day, police arrested a 14-year-old boy in connection to the first threat from Sunday night.

“The first threat, the reason they did it is because they wanted to skip school so they could play video games the next day,” Boysen said. “So it's not really worth it to stay home, play video games (and) make this threat. It impacted a lot of lives.”

Hours later, Wednesday morning, is when police made the second arrest.

Boysen said both suspects now face 20-year felonies for terrorist threats. Police hope the arrests send a message to all students that taking such threats may lead to prison time.

“We don’t take these lightly,” Boysen said. “We don’t know what’s real and what’s not and we take these seriously. And the message to kids is don’t do it. It is not worth it. There’s a lot of serious repercussions.”