Snow to cause slippery roadways this evening and overnight 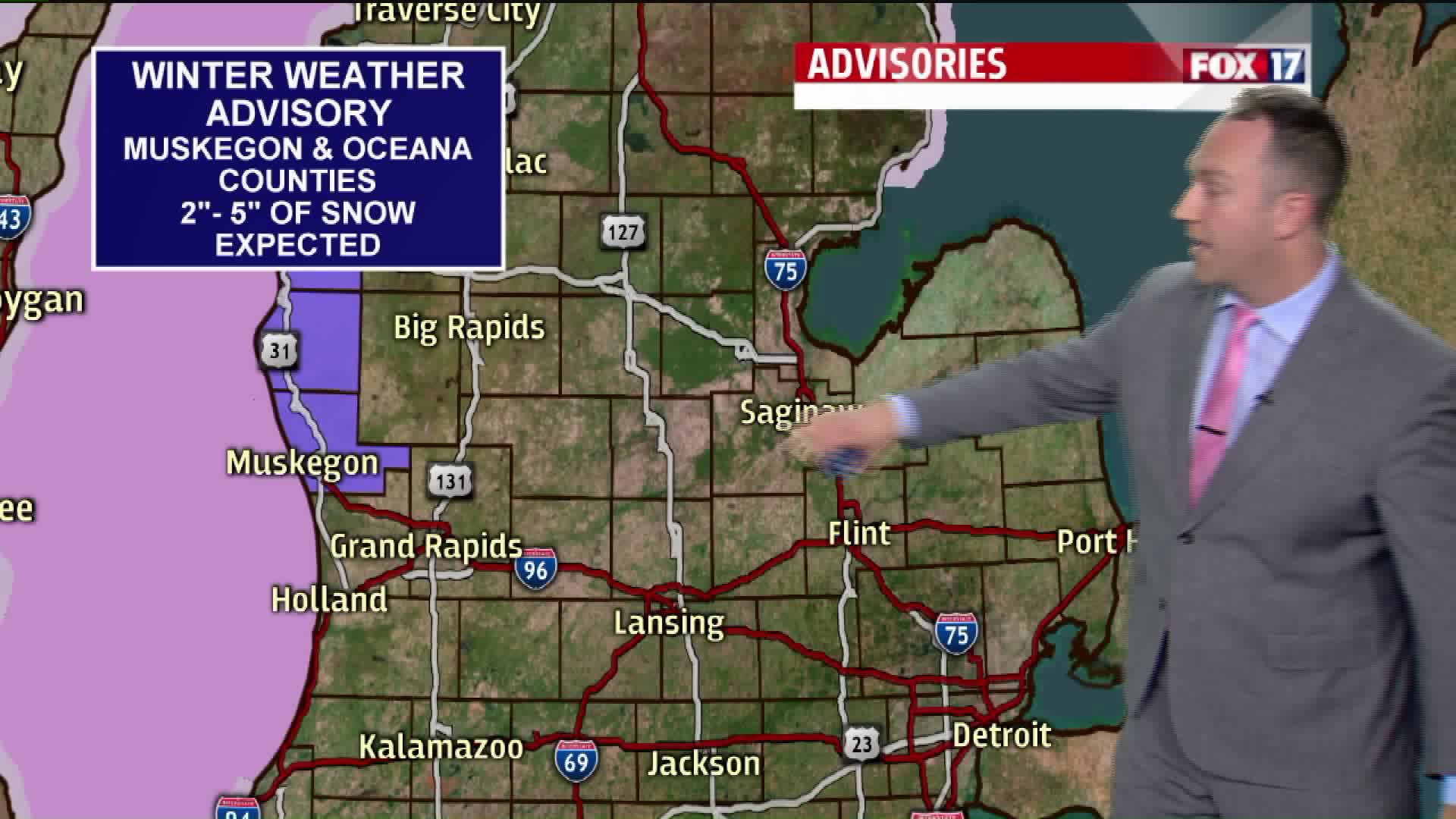 Officially, a Winter Weather Advisory is in place for Muskegon and Oceana Counties from 1 P.M. this afternoon until 10 A.M. Thursday morning. These locations can look for a total of 2-4," with some possible 5" totals as a lake-effect contribution helps increase the prospect for accumulation in these areas.

The synoptic snow, or system-generated snow, will not be great for most of us but will likely be enough to cause for slippery and snow-covered roadways mid-late evening into the overnight. Snow amounts from Grand Rapids to Kalamazoo and Battle Creek will likely be on the order of a coating to an inch and one-half. Lesser amounts look likely nearer the Indiana Line.

Slippery roadways will likely be a factor for the Thursday morning commute as well. Stay tuned to FOX 17 for updates throughout the day.