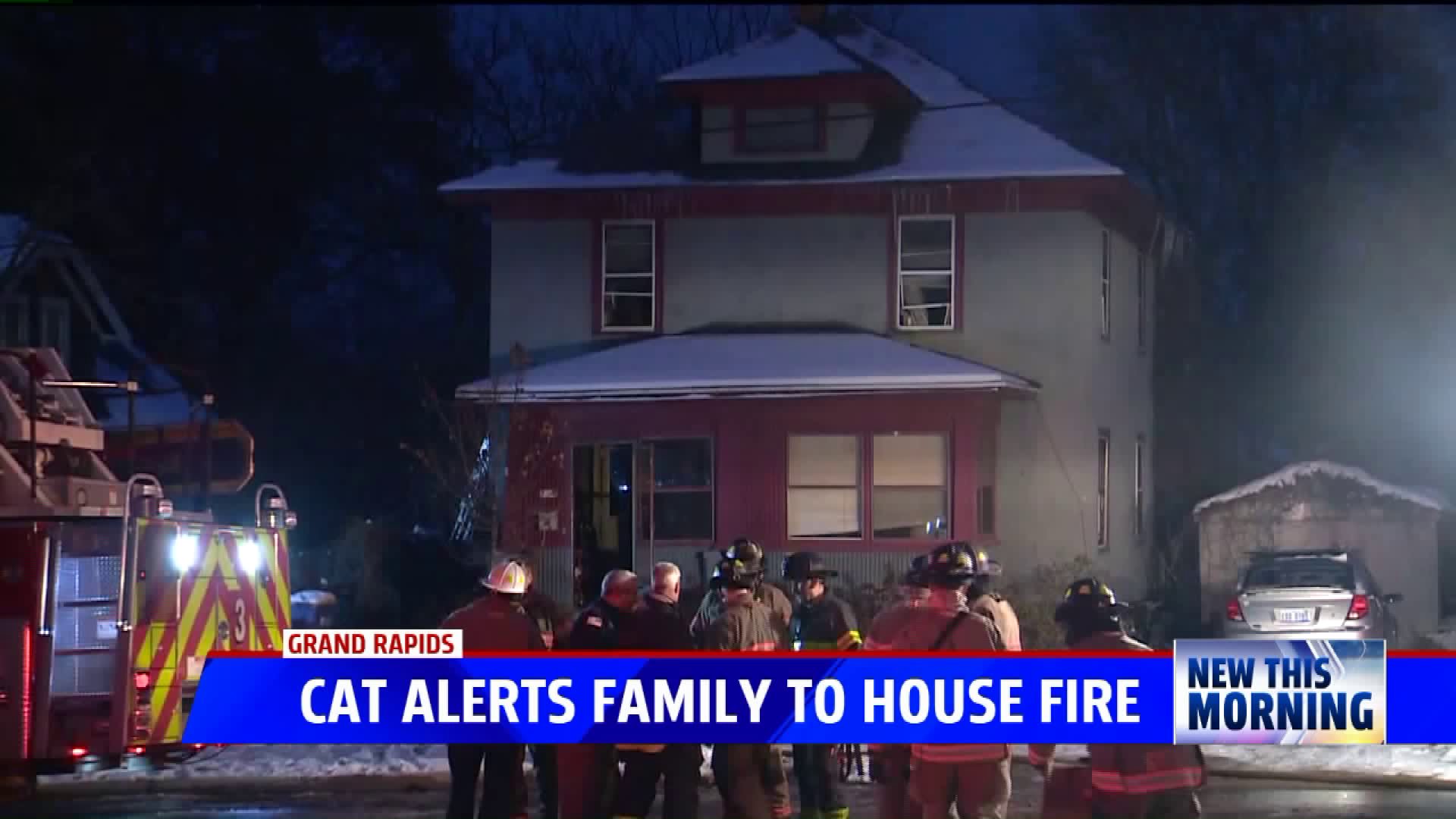 GRAND RAPIDS, Mich. — Firefighters say a family's cat is being credited with saving the lives of its family after a fire.

It happened around 6:10 a.m. the 700 block of Coit Avenue Northeast early Thursday morning.

When firefighters arrived, they found smoke showing from the first and second floor. Investigators say the kitchen appears to be the origin of the fire.

Anyone who lives in Grand Rapids can get smoke detectors installed for free by calling 311 and scheduling an appointment.