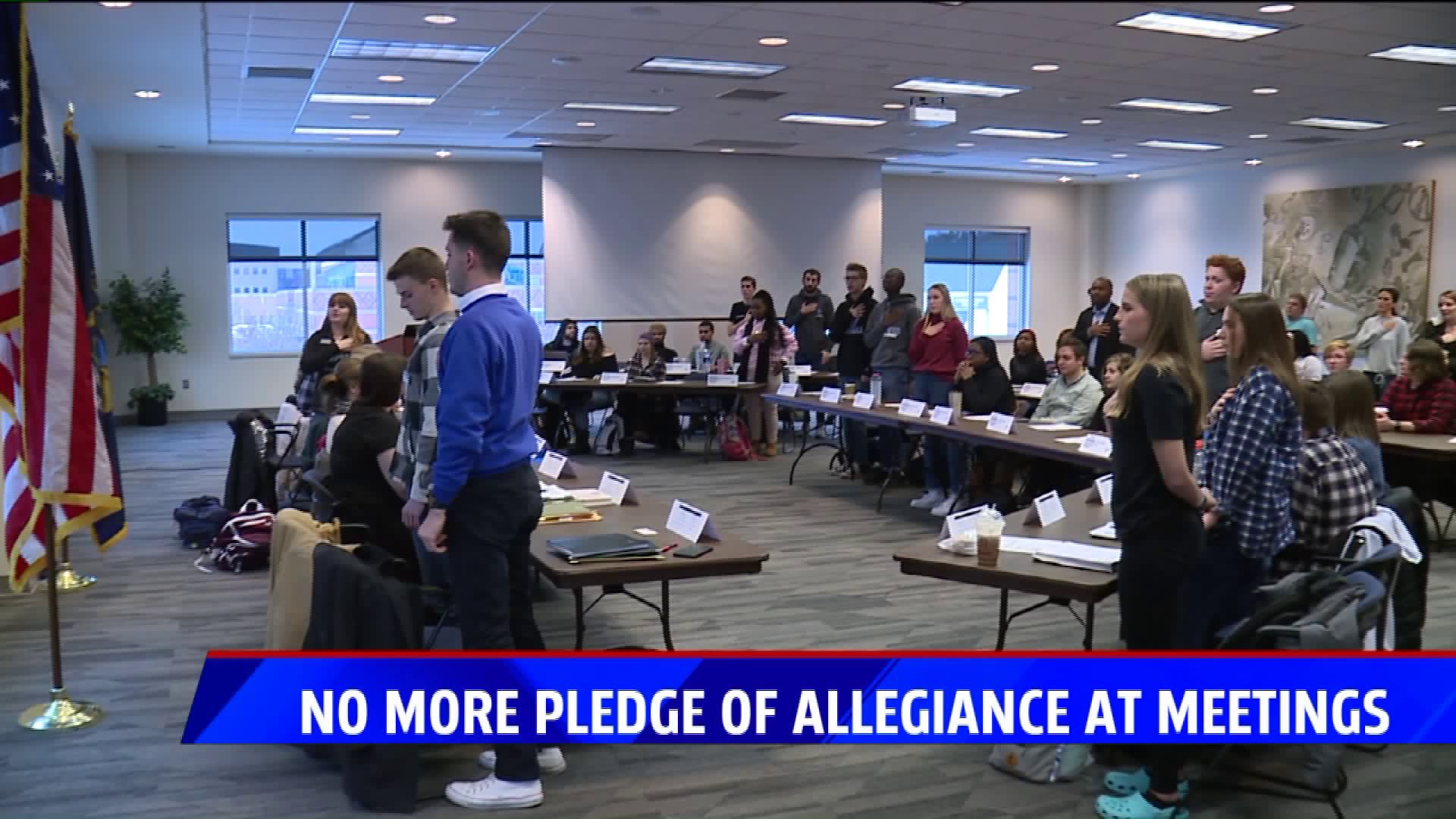 ALLENDALE, Mich. -- The student government at Grand Valley State University has removed the Pledge of Allegiance from their meeting agenda.

It happened after a vote at the student senate meeting Thursday night.

It’s been a discussion at the university for several weeks.

"A senator brought it to the attention of the general body about three or four weeks into the semester, ever since then it's been a pretty continuous conversation," GVSU Student Senate VP of Public Relations Ryan Fritz said.

GVSU senators have been hearing from a number of students during public comment.

Those who want the pledge removed say it doesn’t represent everyone and puts people in an uncomfortable situation when they don't want to stand.

Others argue it provides an opportunity for praise or protest and shows support for the country.

After a roll call vote of 22 to 10, the Pledge of Allegiance and Michigan State Motto will no longer be put on the agenda and recited at their meetings.

"It’s important when we’re talking equity and equality and social justice that we are having those kinds of measures taken," Student Senator Lansing Sánchez-Castillo said.

Sánchez-Castillo abstained from the vote for personal bias but the member of Young Democratic Socialists of America who’s running as an independent for congress against Justin Amash, is happy with the result.

College Republican and Student Senator Dorian Thompson argued emphatically to keep the pledge and is upset with the outcome of Thursday's vote.

"It’s a sad point in our country where we are having debates on things that we should be talking about that unites us instead of divides us," Thompson added.

Thompson says this discussion will not end with Thursday's vote.

"Things can be done to make sure that people know this is not over and our voices will be heard. My great-grandfather fought in the military and fought in World War II, this is something that really means a lot to me," Thompson added.

There were several students who remained neutral on the decision, many say they just want to move on to other issues the university is facing.