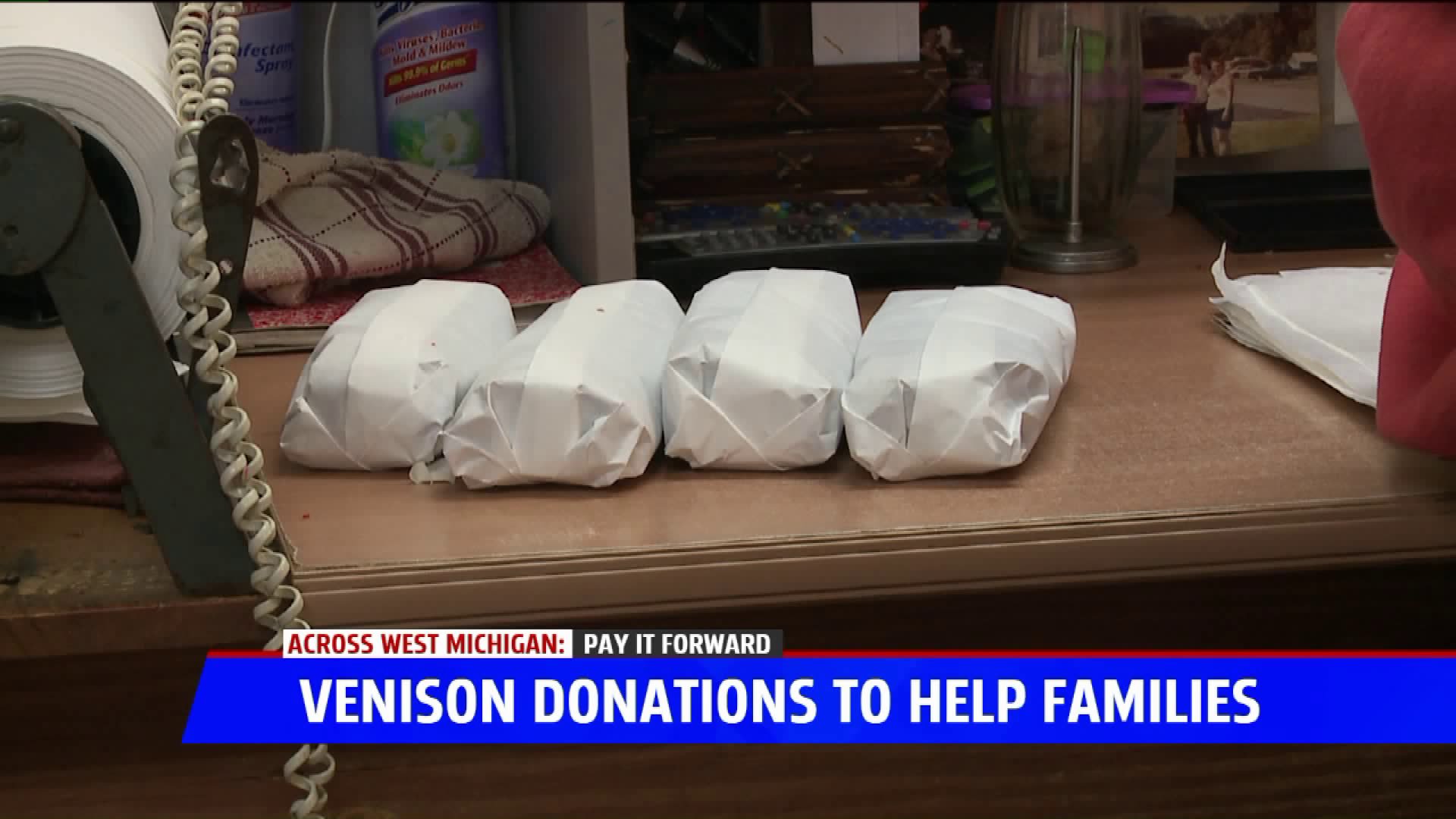 SPARTA, Mich.-- Even as Michigan's Department of Natural Resources recently reported that fewer Michiganders are hunting deer these days, it's definitely not stopping the ones who do hunt from paying it forward.

This year, deer hunters are on track to donate a record amount of money and meat to feed homeless families throughout the state.

J.D. Collins looks forward to this time of year. He's part of a hunting family. "We had more deer than we knew what to do with," Collins said.

When they found out there are hungry families who could use that extra meat, they got involved with the Hunters for the Hungry program.

"You can donate, as a hunter if successful, to share the bounty of your harvest," he explained, "maybe the whole deer or a portion of your deer. And then, places like Barb’s Deer Processing has relationships with local communities to get it to people that need it."

According to the Michigan Wildlife Council, venison donations through the program could top 58,000 pounds this year; an all-time record! That's enough to provide more than 230,000 meals for Michigan families.

Barb's Deer Processing in Sparta has been doing it for a while, donating more than 107,000 meals to families in need in West Michigan over the past nine years.

"We had a hunter come in, and he couldn’t hunt. He had a big family and wrote a letter to us," said manager Gina Zeigler.

"'I was referred to you by a hunter at church. He said you donated meat, so I called, and you said come right ove,r and you blessed us with some,'" Zeigler read.

It was a humbling message that makes it worth all the work. They expect to process between 800 and 1,000 deer this season.

Hunters interested in donating meat for this program can do so when they buy a hunting license. Simply check the box that pops up asking about donating to the Michigan Hunters for the Hungry program.