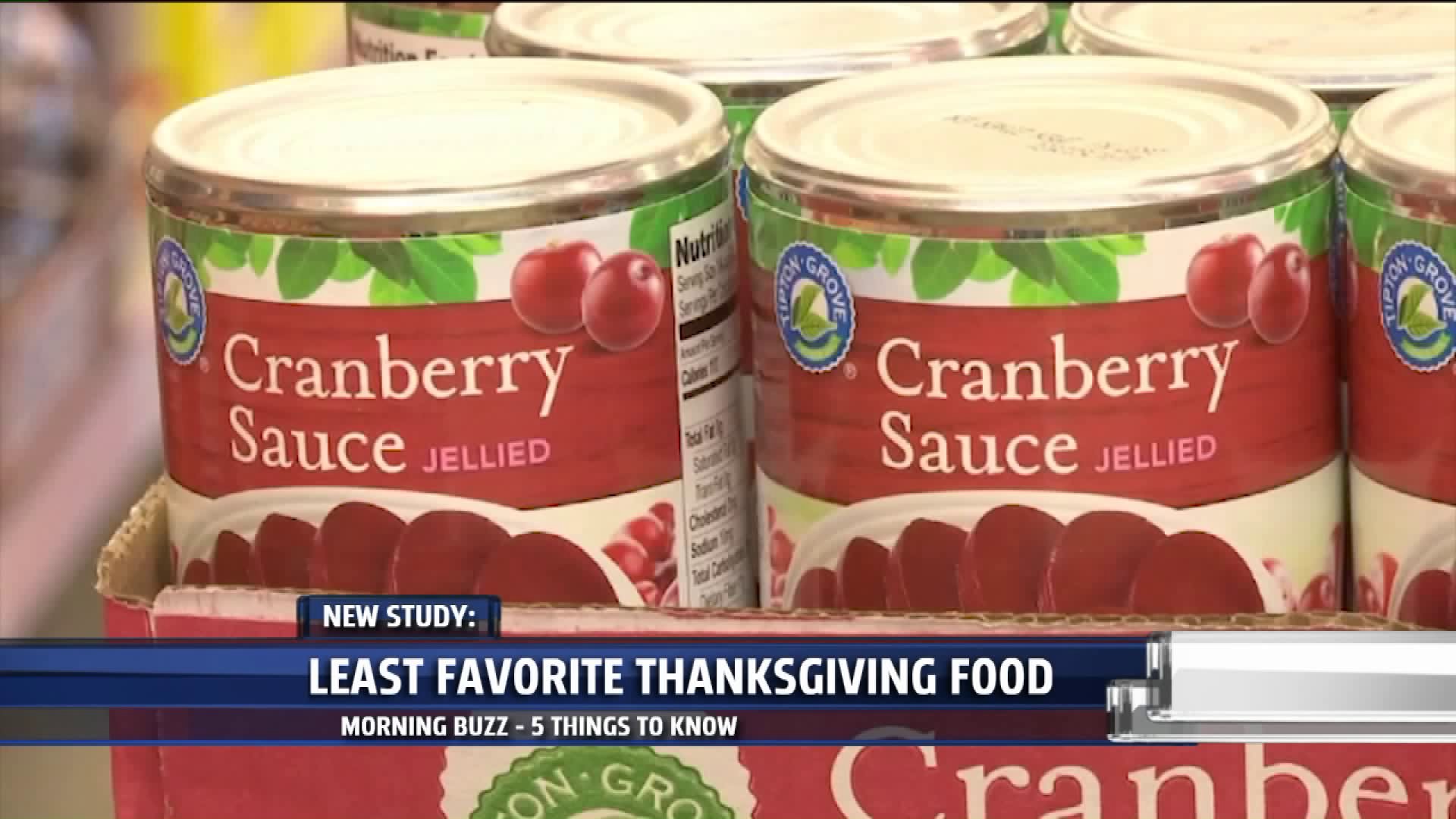 1. Thousands of hunters are heading into the woods this morning for the first day of firearms deer season.

The DNR's annual forecast says overall deer numbers are low in the Upper Peninsula and buck sightings have been limited. But buck numbers appear on the upswing in the Northern Lower Peninsula, and they are abundant in many parts of southern Michigan.

Remember, baiting and feeding deer remain illegal in the Lower Peninsula and parts of the Upper Peninsula, a policy meant to prevent the spread of chronic wasting disease.

The season runs through November 30.

2. The Michigan Department of Transportation says it may start using beet juice to treat snow and ice on the roads. It wouldn't be the stuff seen in the grocery store, instead, it would be sugar beet juice.

MDOT says it's not exactly a new idea, adding that their Plainwell location has been using corn-based molasses to make the salt more effective for the last 15 years.

As for the beet juice, they'd have to incorporate it into their salt mixture to test it out. While it's still too early to predict how it could work, they do know it has a low freezing point and it's less corrosive.

The bill recently passed the Michigan Senate but is still going through the legislature. MDOT also plans to try out an untested 100 percent liquid salt brine on the roads.

3. If you missed KISS on their first pass through Michigan on their Farewell Tour, good news! The rock band announced another leg of it's "End of the Road" tour and are coming back to Michigan.

They're playing DTE over on the east side of the state on September 11 of next year. Tickets go on sale to the public next Friday.

The band played in Detroit and Grand Rapids this past March as part of the Farewell Tour.

They plan to wrap the whole thing up in New York in July 2021.

4. If you secretly hate Thanksgiving food, you're not alone.

Researchers asked roughly 2,000 adults how they really feel about their Thanksgiving dinners.

Turn out, 68 percent of folks secretly despise a classic Thanksgiving food but eat it anyway because of holiday tradition.

The worst offender is canned cranberry sauce, followed by green bean casserole, sweet potatoes, pumpkin pie, and even the turkey itself.

5. Dunkin' is diving into the holiday season. They're offering a wide range of Dunkin-themed gifts for the holidays.

The festive collection includes everything from Christmas sweaters to peppermint-scented wrapping paper to a metal lunch box. Prices range from $25 for a fanny pack, up to $325 for a limited-edition electric guitar.

Everything in the Dunkin' Shop is only available while supplies last, but the company promises to return with more merchandise next year.