Artwork made by prisoners on display in Wyoming 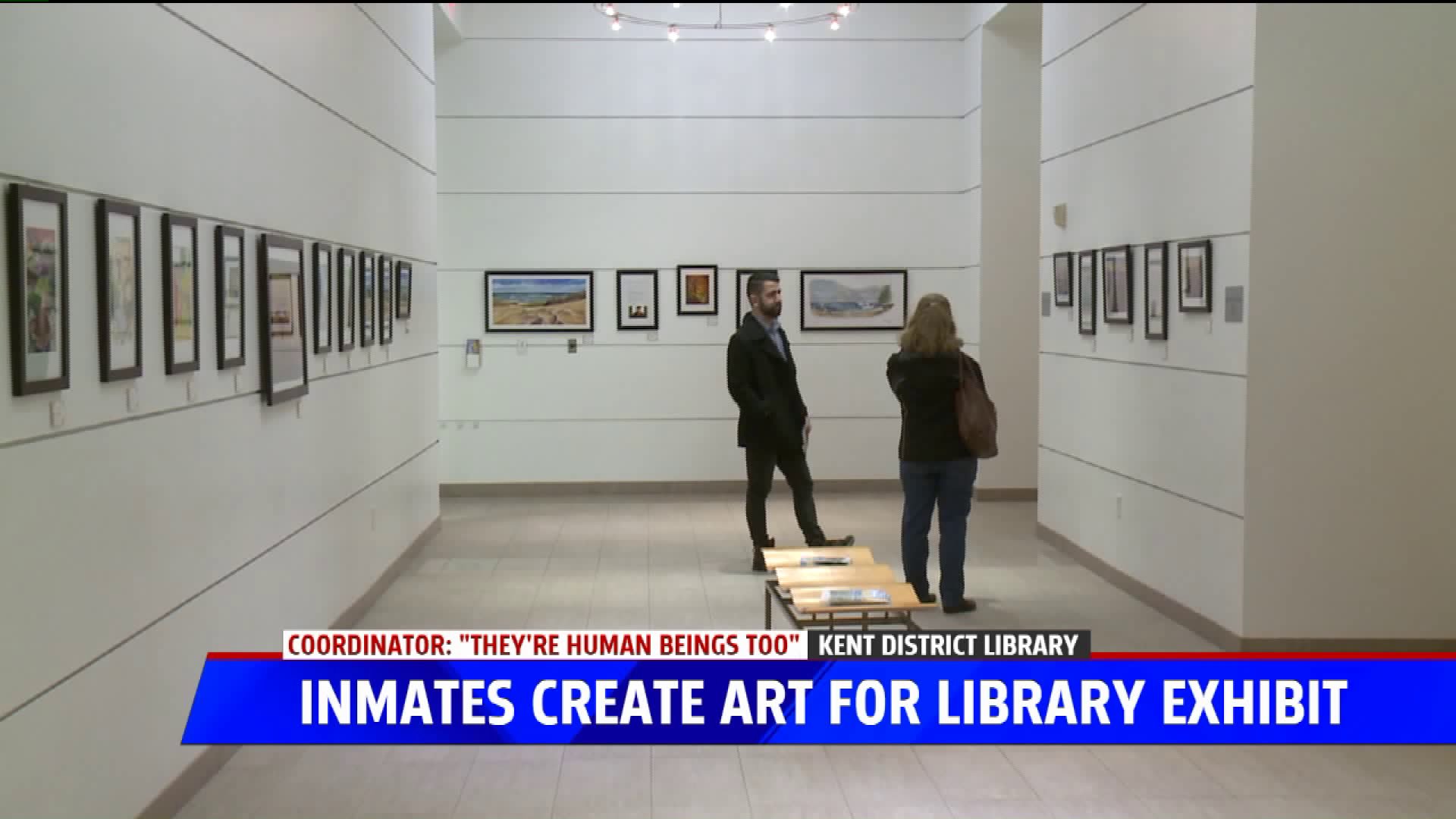 WYOMING, Mich. -- Artwork made by prisoners from all over the country is now on display at the Kent District Library in Wyoming.

The art is curated by Crossroads Prison Ministries a non-profit organization based in Grand Rapids.

"Men and women in prison are matched with mentors who then write to the students and then go through a bible study program together," Crossroads Prison Ministries Prison Art Project Coordinator Eliezer Yeong said.

It's deeper than just paint, the organization alsohopes to open a conversation about incarceration.

"When you look at those numbers you realize that there’s a problem going on," Yeong added.

Prisoners are encouraged to make works of art, each Christian-themed piece with a story through the eyes of the inmate.

"When we are able to look at these stories and these pictures and this artwork we are seeing these people that are realizing they more than just a number, they are more than just the crime they committed, they’re artists they are people, they are brothers and sisters, fathers, mothers," Yeong said.

Sean R. the artist of one of the pieces says he hasn’t left his cell in over a decade, but through the work he found an artistic gift and meaning in his life.

"We have a lot of artists who picked up a paintbrush for the first time in prison and discovered this gift and when you look at that I think, getting more exposure more encouragement more affirmation," Yeong explained.

Yeong believes it can help prisoners when they are released back into society.

"When you look at that in the image of this revolving door of the prison system you have to ask yourself how we can change that.

The gallery will be on display in Wyoming until December 5th.