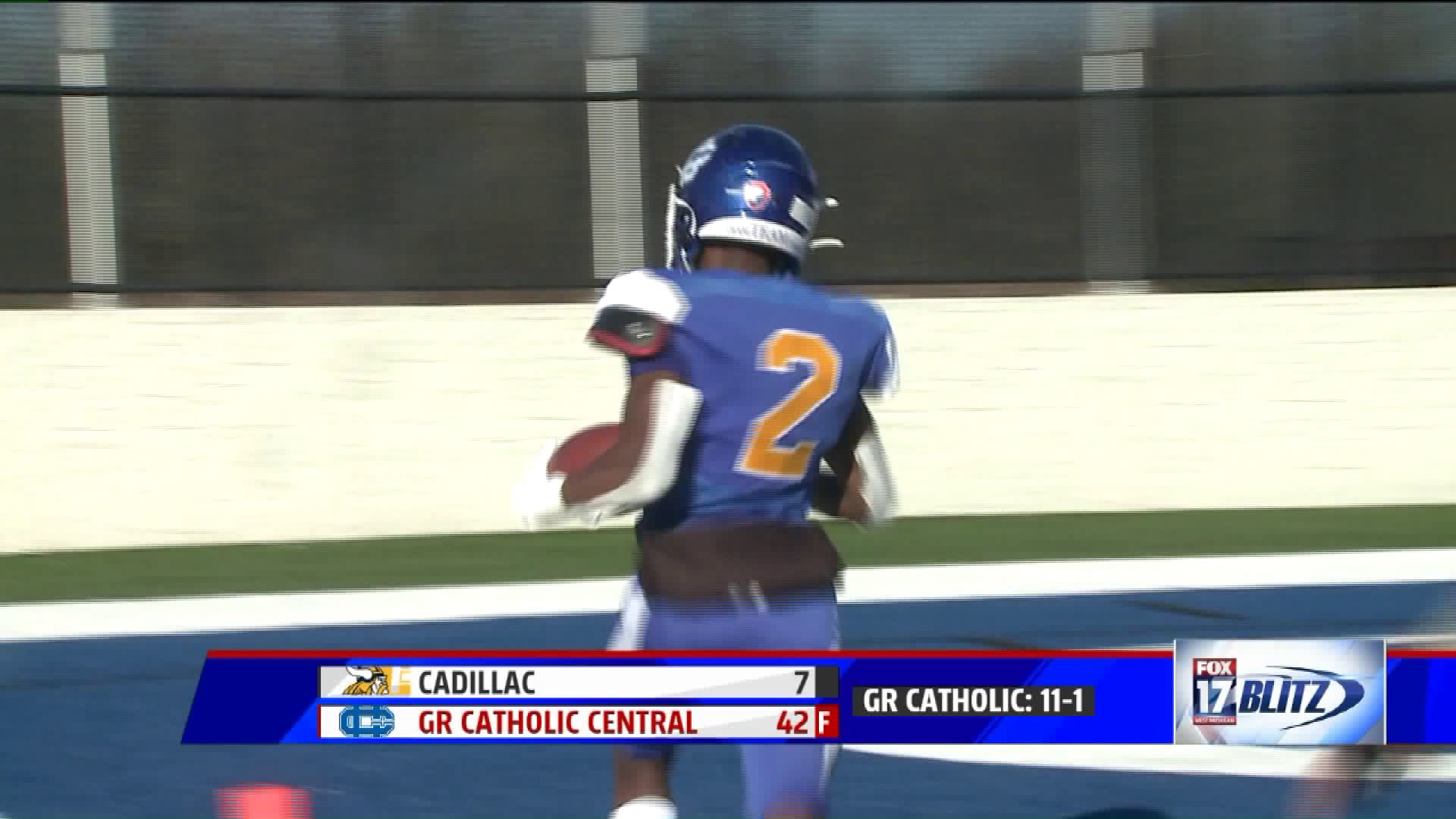 The Cougars advance to the semifinals

The title is CC's 4th straight in football.

Silveri threw 3 second quarter touchdown passes, he also ran for one in the first and another in the second.  He threw a fourth TD pass in the 4th quarter.

Grand Rapids Catholic Central (11-1) will take on Unity Christian (9-3) in a state semifinal game Saturday at 1 p.m. at Jenison.