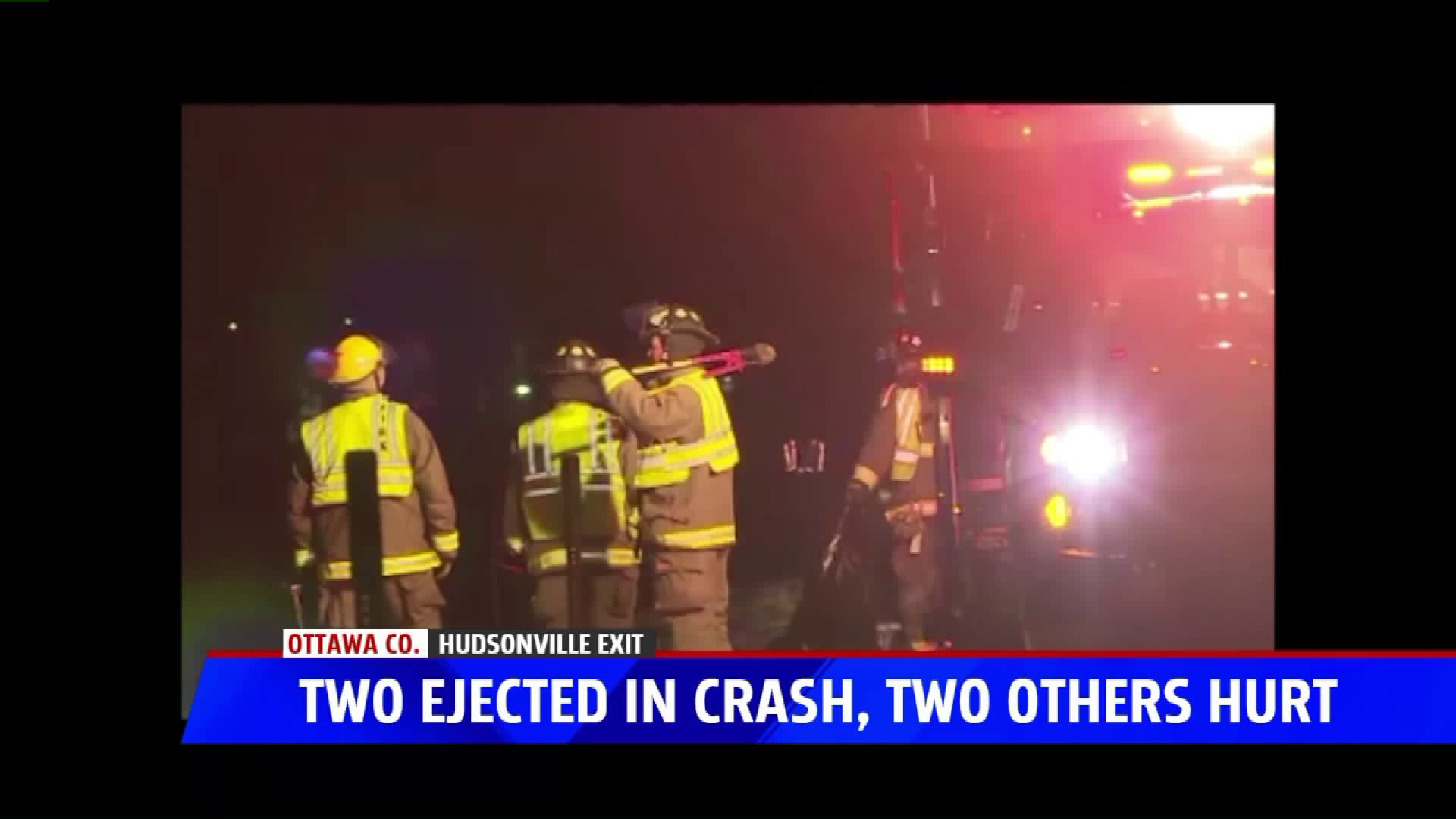 HUDSONVILLE, Mich. — A patient in an ejection crash was moving so fast that they left an adult-sized dent in the ground.

It happened shortly after midnight on westbound I-196, near the 32nd Ave. entrance ramp in Hudsonville, according to the Ottawa County Sheriff's Office.

The driver of a 2016 Tesla was going fast when he lost control close to the end of the ramp, hit the embankment, and rolled several times. Authorities at the scene told FOX 17 crews that the Tesla's high-voltage battery initially put first responders in danger of being electrocuted, though they were able to dismantle the car safely.

Two passengers in the back, including a 44-year-old male Norton Shores resident and a 21-year-old woman, were not wearing seat belts at the time and were ejected from the vehicle. Both people were said to be in critical condition.

The 39-year-old driver and 38-year-old front passenger, both Allendale residents, were wearing seat belts and only sustained minor injuries.

All four patients were taken to Metro Hospital.

Fire-rescue units from Jamestown Township also responded to the incident, which is still under investigation.