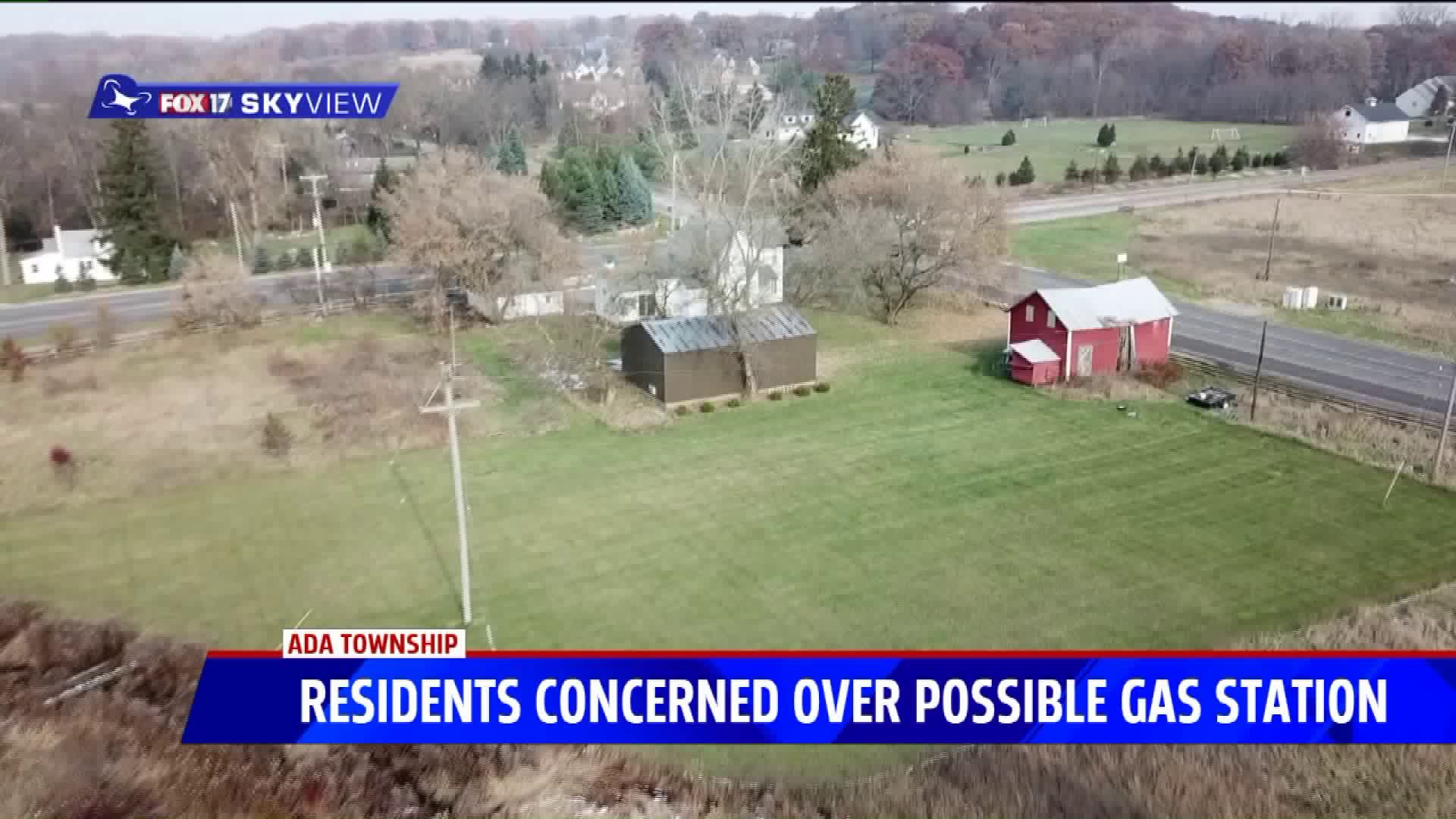 ADA TOWNSHIP, Mich. -- Residents in Ada Township have voiced concerns over a potential gas station development at Pettis Avenue and Knapp Street. That's why the property owner and J & H Oil Company are holding a meeting tonight with those residents.

J & H says it sent about 50 postcards to residents late last week about the meeting, where the company hopes to receive feedback.

Ada Township resident Andrea Fedewa told FOX 17, "Anybody that’s selling their home wants to get as much as they can, but we don’t want it here."

Rakhi Rekhani's daughter, Palak, started a change.org petition that has more than 800 signatures and lays out why many of the Ada Township residents are against the idea. A home and old barn currently sit on the land. J & H says the family that's owned the property for decades approached the company themselves.

Craig Hoppen, president and CEO of J & H Oil Company said, “We studied the property for a while (and) told them, ‘Yea, we would be interested' and actually had a site plan drawn up to see if our project would actually fit on their lot.”

He says the property has room to spare and sits along a busy stretch.

“The school's a big traffic driver there, but there’s in excess of 12,000 cars a day that go past the McCrae household there. That’s not a rural setting," he said.

However, residents FOX 17 spoke with disagree. They want to preserve the area and expressed a range of concerns with a gas station. That includes the aesthetics, noise, traffic, and environmental concerns.

Ada Township resident Kim Monks said she was "freaking out because we moved out to Ada to enjoy the rural landscape, to be away from the city and not to be next to a gas station.”

Chris Agents said, "Our biggest concern is actually the whole neighborhood and surrounding neighborhoods are all fed by a common aquifer and our pump house well system is up on the hill."

"We have great concerns of how the potentiality for contamination into that well, and it affecting our quality of life and getting into our homes and into our kids," he explained.

“We described to them that the property’s not currently zoned commercial. The township masterplan does not anticipate or encourage commercial development in that area, and if they wished to pursue a proposal we would need to consider amending the master plan," Ferro said.

J & H says it sent about 50 postcards to homes in the area, inviting residents to give feedback at an informal meeting tonight.

Hoppen said the meeting is “to see what concerns are out there, what information we can give them, and maybe even design change to make them happy.”

Agents said, “It only benefits one homeowner, and that’s that owner there. It doesn’t benefit the majority of the people in this area, and it has only negative consequences for us.”