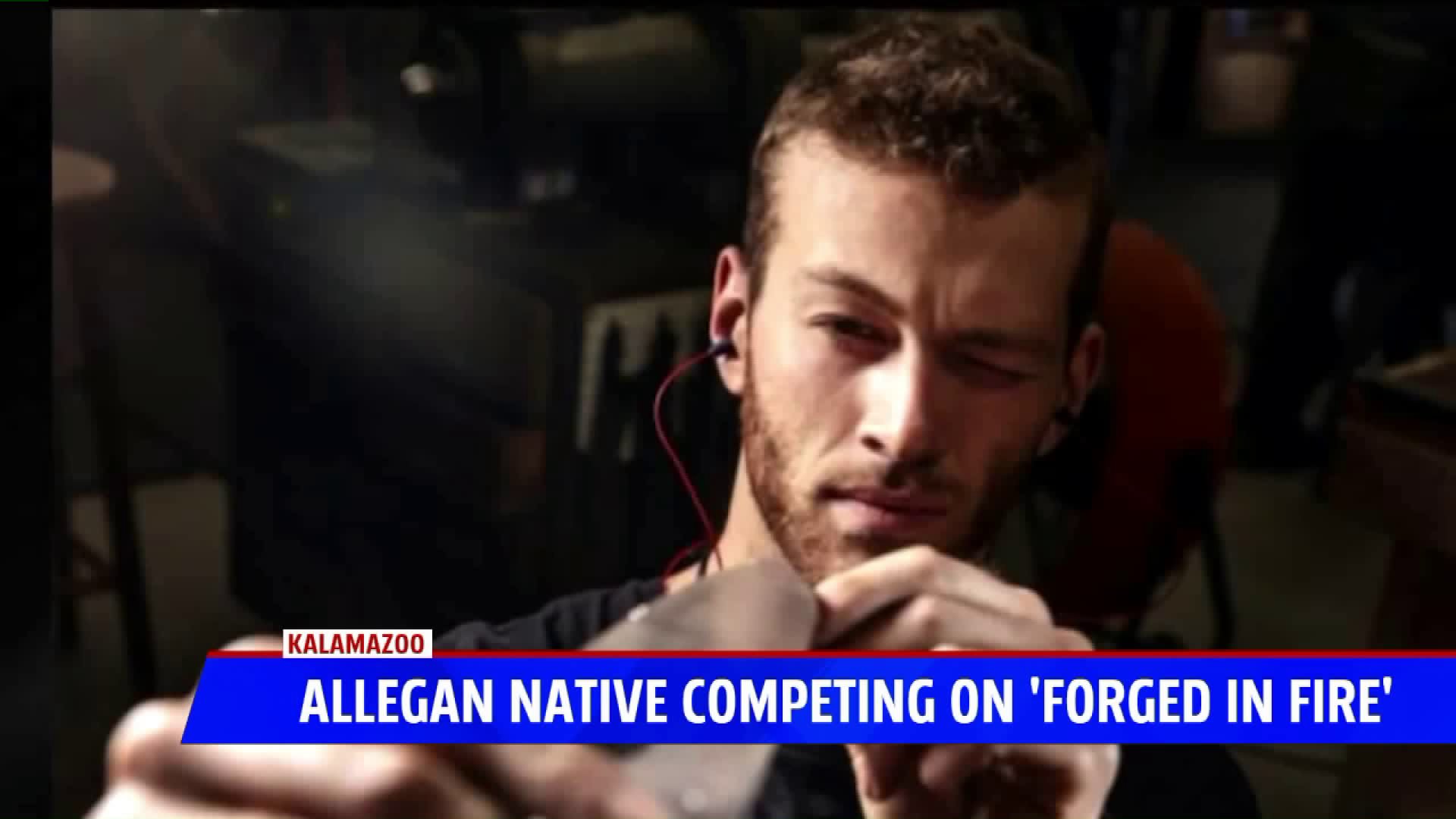 Allegan native to be featured on History Channel

KALAMAZOO, Mich. — The first time Alex Horn lit a forge, it was three feet away from their home in Allegan, Mark recalled. He was a sophomore in high school and was doing it for a YouTube video called How to make a forge.

Mark was upset, he said.

“He looked at me. He was furious,” Mark said during an interview with FOX 17. “He was right. Ever since then, I think his mom, the smarter of the two of us, gave him permission to do it.”

Since then Alex has “taken off," Mark said. Now he’s going to appear on the History Channel’s Forged in Fire competition show on Wednesday night.

“I’m so happy for him,” Mark said. “I wondered all along when he started making knives I wondered if he’ll have make it to Forge and Fire?’ You know, here he is.”

Mark said Alex became interested in knives and swords when he first watch Lord of the Rings as a kid. As he grew older, blacksmithing became his passion.

“I remember driving around, anytime we’d go over railroad tracks we’d have to stop and see if there’s any extra metal around to see if he could do some forging with railroad type stuff,” said Kathy Horn, Alex’s mother. “He just got metal from wherever he could and played with it.”

After Alex graduated from Western Michigan University with a degree in mechanical engineering, he took a three-month internship at Carter Cutlery in Portland, Oregon, his mom said.

That was over three years ago. He’s stayed ever since.

Then the producers of Forged in Fire called him and asked him to do a casting call. He did, made it onto the show, which was taped months ago. Now it’ll air Wednesday night at 9 p.m. on the History Channel.

Mark and Kathy will be watching to see if Alex will take home the $10,000 prize.

“We’re very excited,” Kathy said. “We’re very proud of him. Such a passion for it.”