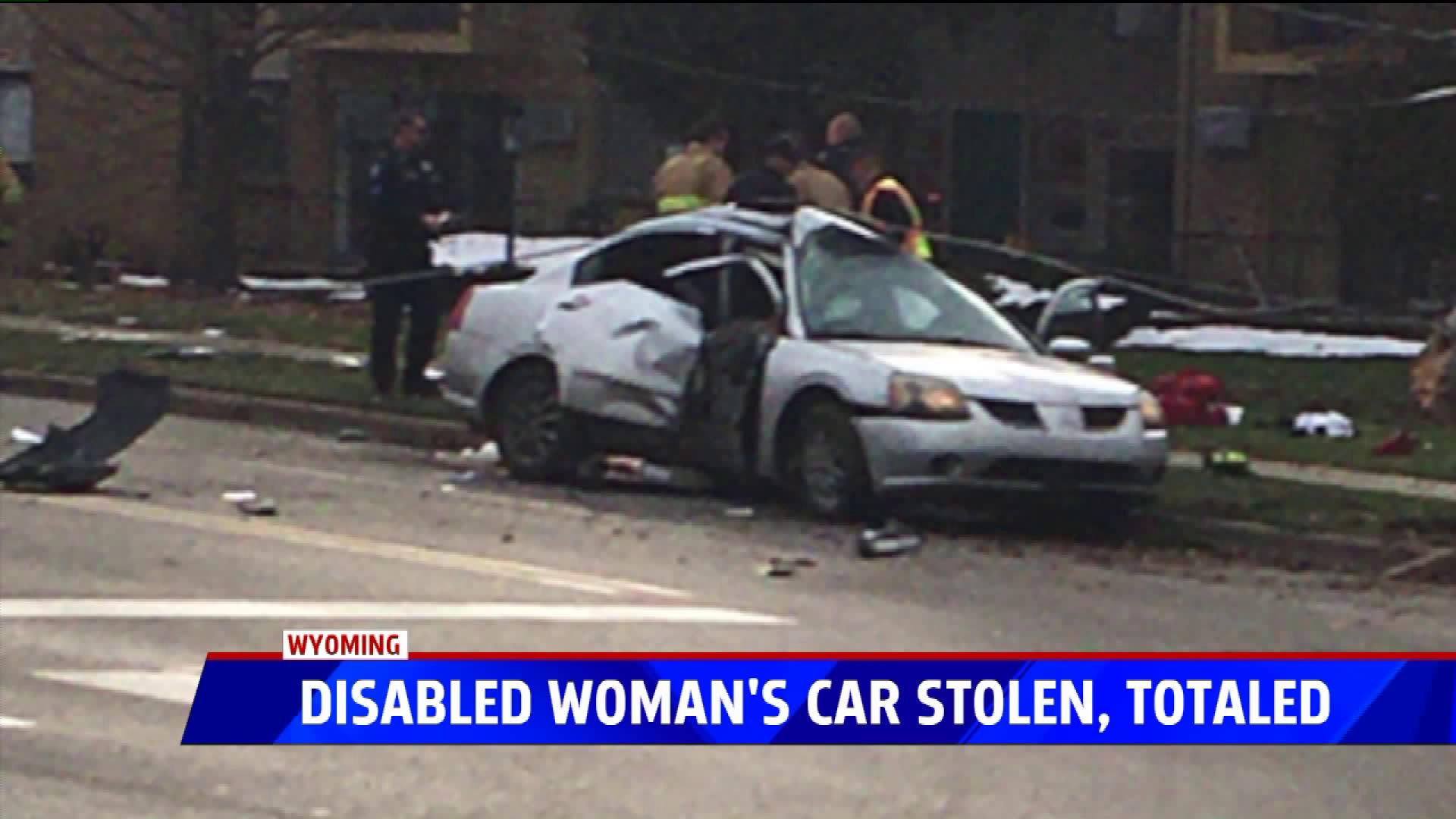 GRAND RAPIDS, Mich. — A woman living with multiple disabilities is left reeling after her only vehicle was stolen and then wrecked.

Surveillance image of the alleged thief

Early Sunday afternoon, 55-year-old Barbara Brown stopped by the Speedway gas station near the intersection of Leonard Street and Turner Avenue to fill up her tank.

She pulled her car up next to the front doors and then left her car running while she went inside to pay. She was gone no more than three minutes.

When Brown walked back out to the parking lot, her car was nowhere to be found.

She called police and was able to get a look at what happened to her vehicle on the gas station's surveillance cameras. A man had jumped into her car as soon as she was out of sight and drove off.

After alerting police, she called her daughter Amber to tell her what happened.

"She was hysterical crying. I was like, mom, quit playing with me. This ain't nothing to joke about. She was like, I’m serious, I’m waiting for the cops," her daughter said

Barbara and her daughter Amber

Barbara Brown lives with several disabilities that make getting around difficult.

"My back, It’s got bone on bone. There’s no disc," she said. She also has diabetes, which can cause her feet to go numb.

Needless to say, her car was one of the only practical methods of transportation she had.

“I can’t do a lot because of my disability and that was my only car to do anything, get to the doctors, get home,” Barbara Brown said.

After finding out what had happened to her mother, Amber Brown opened up the police scanner app on her phone to try and catch any activity relating to the stolen car.

About an hour and a half after the car was stolen, Amber Brown heard police discussing a crash in Wyoming involving a car that sounded a lot like her mom's. She sent her sister to the scene near Byron Center Street and Porter Avenue to confirm it was in fact her mother's vehicle.

Scene of the crash Sunday afternoon

A witness to the immediate aftermath of the crash, Earnette Rancher, told FOX 17, "When I came up, the whole corner was blocked off. The car was still there... They had to extricate someone out of the car, the person that was in there. And they told us he might not make it through the night."

Police in Wyoming say Barbara Brown's stolen car was involved in a two-vehicle crash. The driver fled the scene before they arrived, but the passenger was seriously injured.

He is still receiving treatment at the hospital.

Because she relies on disability, she cannot afford to immediately purchase a new vehicle. Her daughter has organized a GoFundMe campaign to try and raise enough money to do so. The family says they would also be overjoyed to have any working vehicle donated to them.