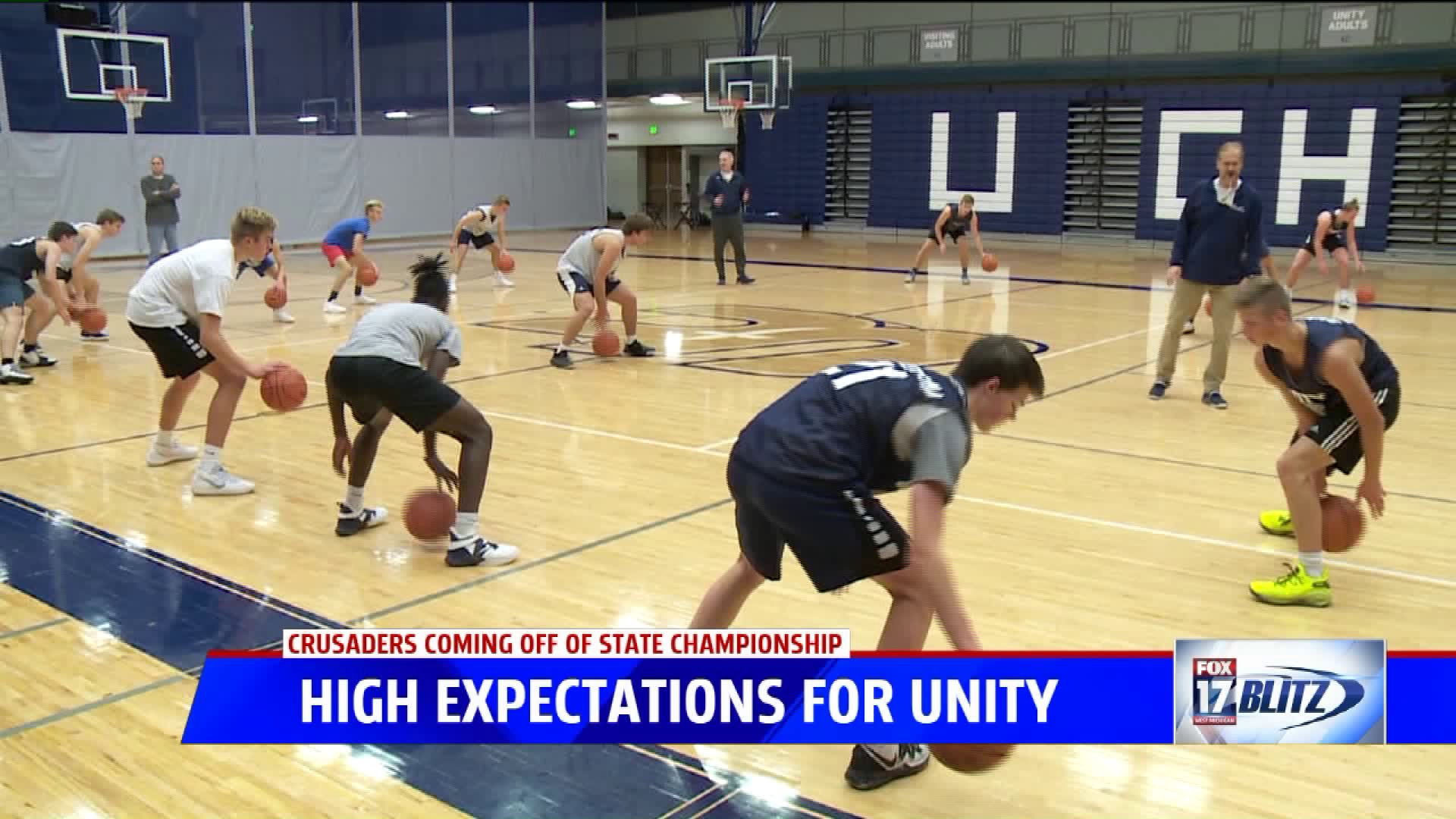 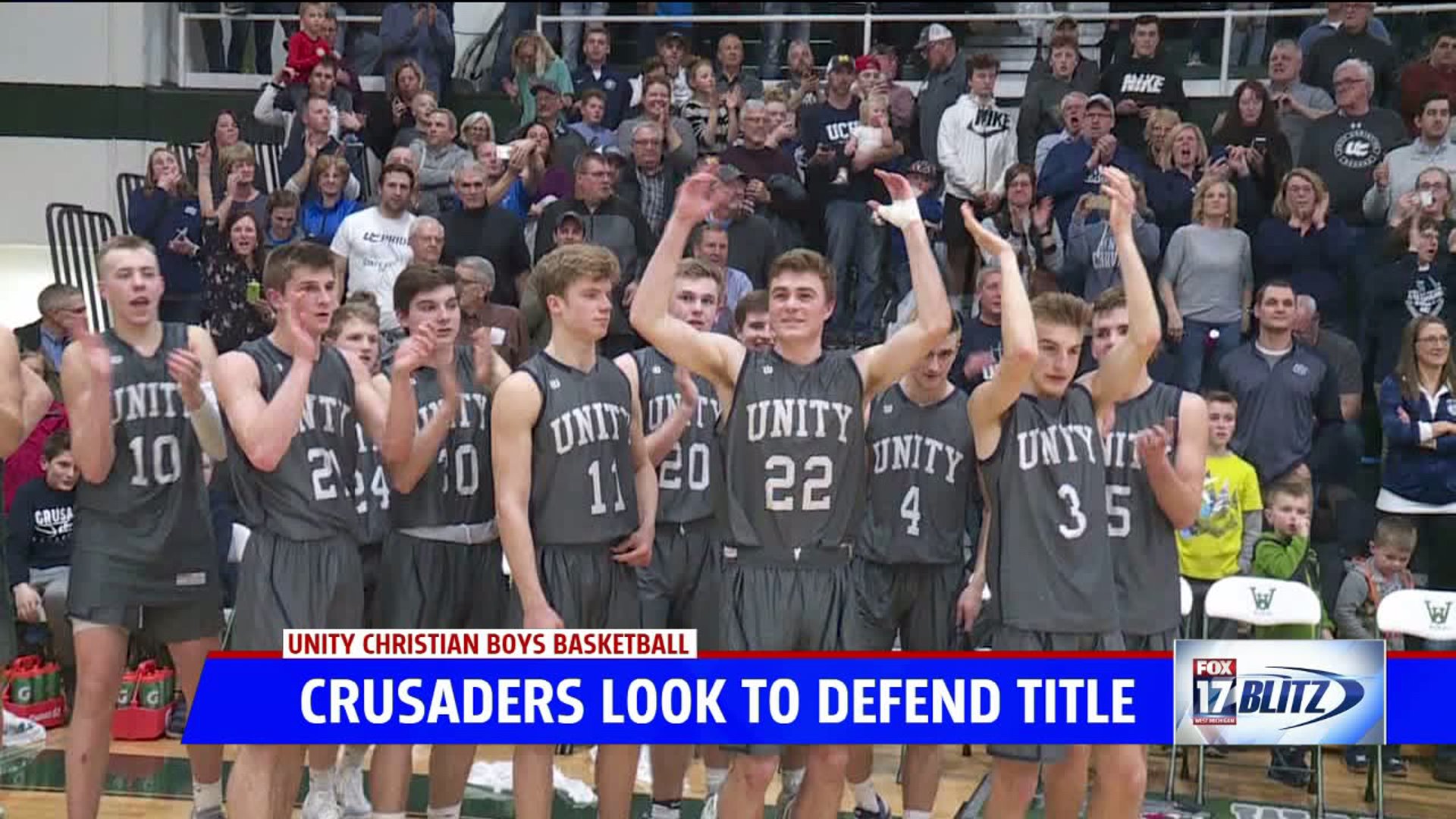 HUDSONVILLE, Mich. -- Unity Christian is coming off of a boys basketball state championship last season but the Crusaders will have to reload this winter. Head coach Scott Soodsma is entering his 28th season of coaching at Unity Christian and is hoping some new faces can step up after losing four starters to graduation.

"It'll be interesting to see, we lost a lot," Soodsma said, "we're hoping that some of these kids, especially the seniors can step into those roles. We feel kids have made progress from last season and we're excited to see what they can do."

The Crusaders will play a tough non-conference schedule once against this season with the likes of OK Red foes Hudsonville and West Ottawa while also adding Forest Hills Central at the end of the regular season.

"I think we play a tough schedule all the way around," added Soodsma, "we have a tough conference, that readied us for the postseason, we weren't afraid of the moment."

The OK Green will once again be fun to watch this winter as Holland Christian is coming off of a 16 win season while Zeeland West returns a lot off of a team that won 15 games.

"We've been a favorite in the conference I think but this year maybe not, maybe we have an underdog role this year which is nice to see. I'm hoping we can surprise some teams, we lost a lot but we have some nice kids here and they'll come along as the season progresses," added Soodsma.

The Crusaders beat several teams ranked higher than them in the state polls in last year's postseason including Benton Harbor, South Christian and River Rouge in the championship.

"It's our work ethic," senior Evan Nieuwenhuis mentioned, "how hard we go out there, we stick to fundamentals, we box out, move the ball, hit open shots, we free throws and we listen to coaches. The coaches expect a lot out of us, when we buy in when we're really good."

As the football season continues to chase another state championship, Coach Soodsma and the varsity basketball team are lacking bodies at practice.

"We only have five kids," he laughed, "it's unfortunate for our basketball team but great for our school and community. They're fired up, a big game against Catholic Central coming up and I wouldn't bet against the Unity kids, I'll tell you that. I think it'll be a great football game, we have to put the pieces together when they all get back, we're doing the best we can, we'll see how it goes."

"It's tough," Nieuwenhuis said, "we had the same thing last year with football, we couldn't make cuts until two or three weeks into the season. Some guys only got a week of practice before our first game, it's tough for us, we take some blows in our first games and it may be the case this year but it all works out."

The Crusaders begin the season at home on December 10th against Covenant Christian.