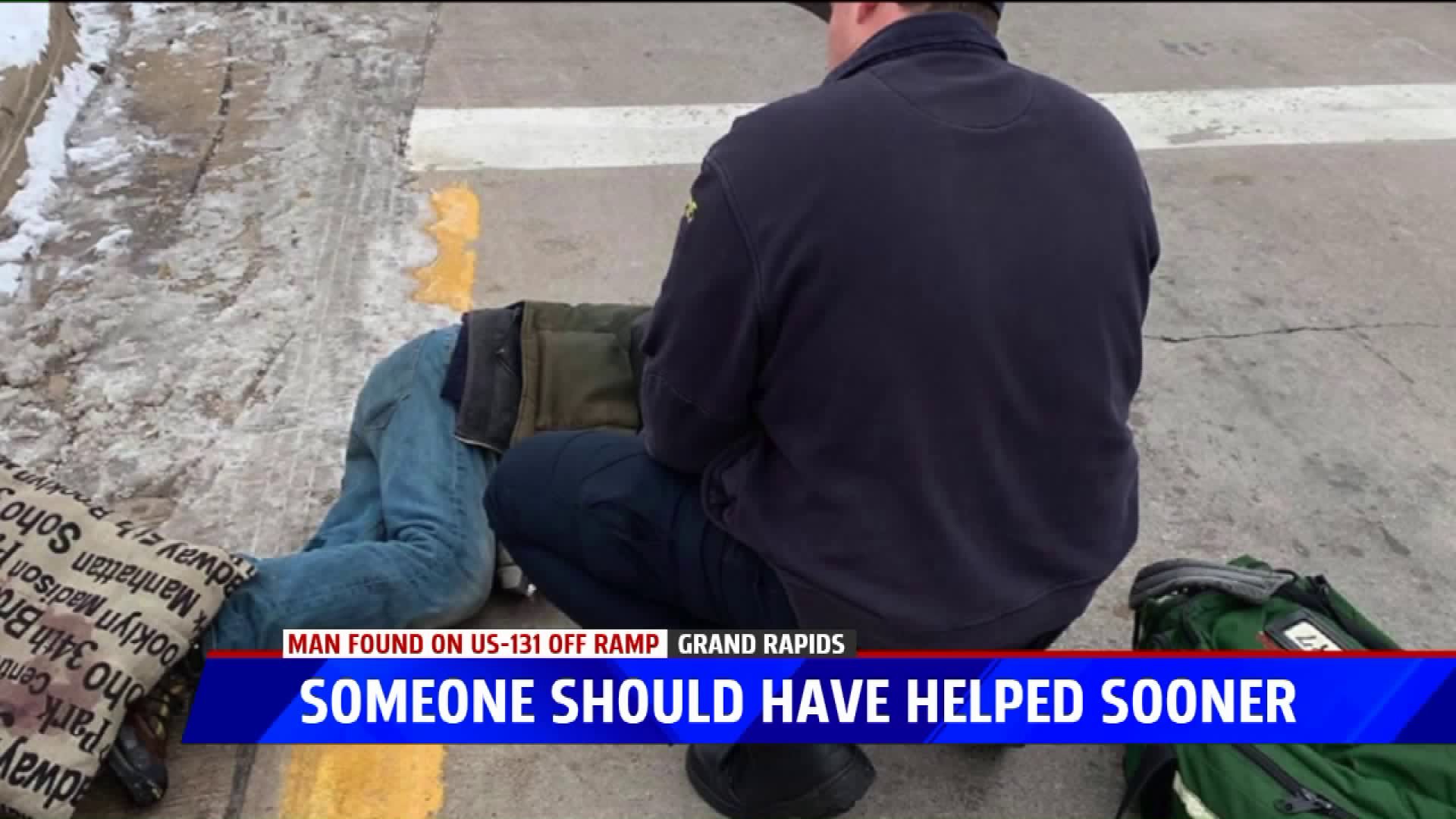 Ballek made those comments following an incident back on November 13th, while she was heading to work and noticed traffic was backed up at the 131 exit at Pearl Street.

“It looked like somebody was going around something that fell out of a truck, or garbage,” Ballek said.

Only, there wasn't garbage in the road.

“As I got closer, I saw it was a man in the middle of the road, and looked like he had fallen and needed help,” Ballek said.

Ballek immediately pulled over and got out of her car to help the man. A co-worker pulled up behind her shortly after, with a blanket they put over the man while they waited for EMS.

Taylor says she called 911, and was also to her knowledge the first person to call.

“I asked if he was okay, he was unresponsive,” Ballek said.

She says she's not sharing this story for the credit of doing a good deed. To Taylor, it's not a good deed at all, it's just the right thing to do.

“Several cars, just going around him, like it was no big deal. Like it was a piece of garbage and not a human life laying there in the middle of the road,” Ballek said.

Taylor says if it was her, she'd want someone to stop, which is why she did.

The man was taken away from the scene in an ambulance, FOX 17 is told he's expected to be okay.