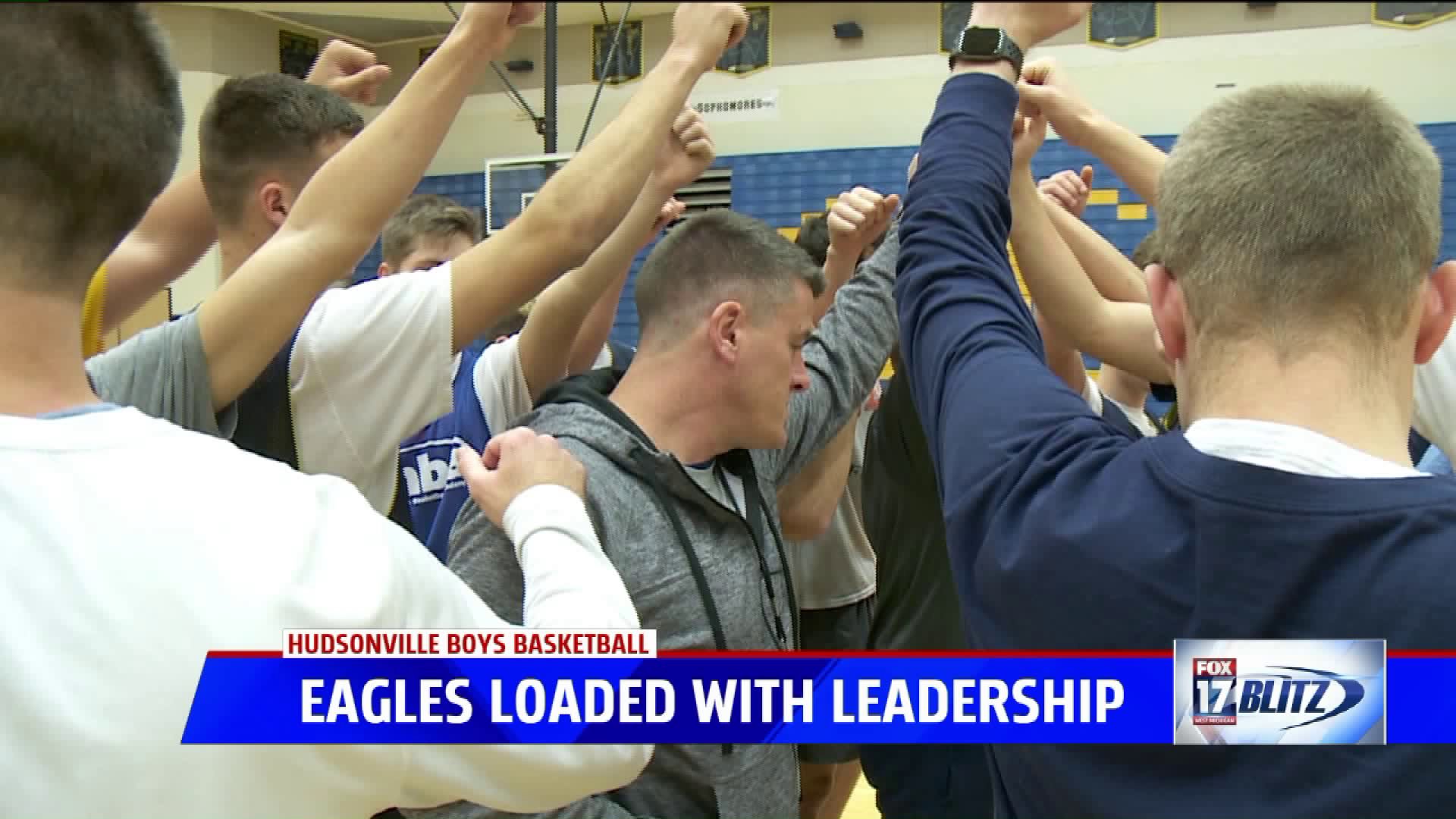 HUDSONVILLE, Mich. -- The Hudsonville boys basketball team is coming off of 22-3 season last winter in Eric Elliott's tenth season at the helm.

"We battled through adversity," Elliott said on the 2018-19 season, "we had a number of injuries, Max [Perez] was out for a number of games and guys stepped up. We started the year with Stone Smeenge out for a while, everybody stepped up, came together and had great chemistry."

The Eagles return three starters and will carry eight seniors on their roster this season.

"We're really confident," four-year varsity guard Max Perez added, "we have eight seniors this year so we're set, we didn't lose that many."

One player that was lost to graduation is post player Zach Moore who was one of the team's top scorers last season. However, Coach Elliott and the Eagles welcome in transfer Justin DeGraaf, a 6'7" senior who grew up in the school district before moving to Indiana.

"We lost Zach Moore and Payton Carney, our posts and interior players," Elliott added, "but then Justin DeGraaf transferred in, he's a 6'7" stretch-four is what we'll call him. He can do a number of things on the court."

The Eagles only lost one regular season OK Red game last season but fell to East Kentwood in the regional championship, 61-60.

"It puts a chip on our shoulder for sure," Perez said, "we know going into the season that East Kentwood is supposed to be a top team, along with us up there in the OK Red."

Perez is entering his fourth year on varsity and will be an important piece to the Eagles starting five, as he has been the past two seasons.

"I've learned to stay positive and don't let things that can go wrong in the season keep you down," he said on the past three years. "Last year, we lost two games in a row but we went on an 11-game winning streak, don't let bad things keep you down the rest of the year."

Every college and high school coach in America wants an experienced point guard and Coach Elliott has exactly that going into this season.