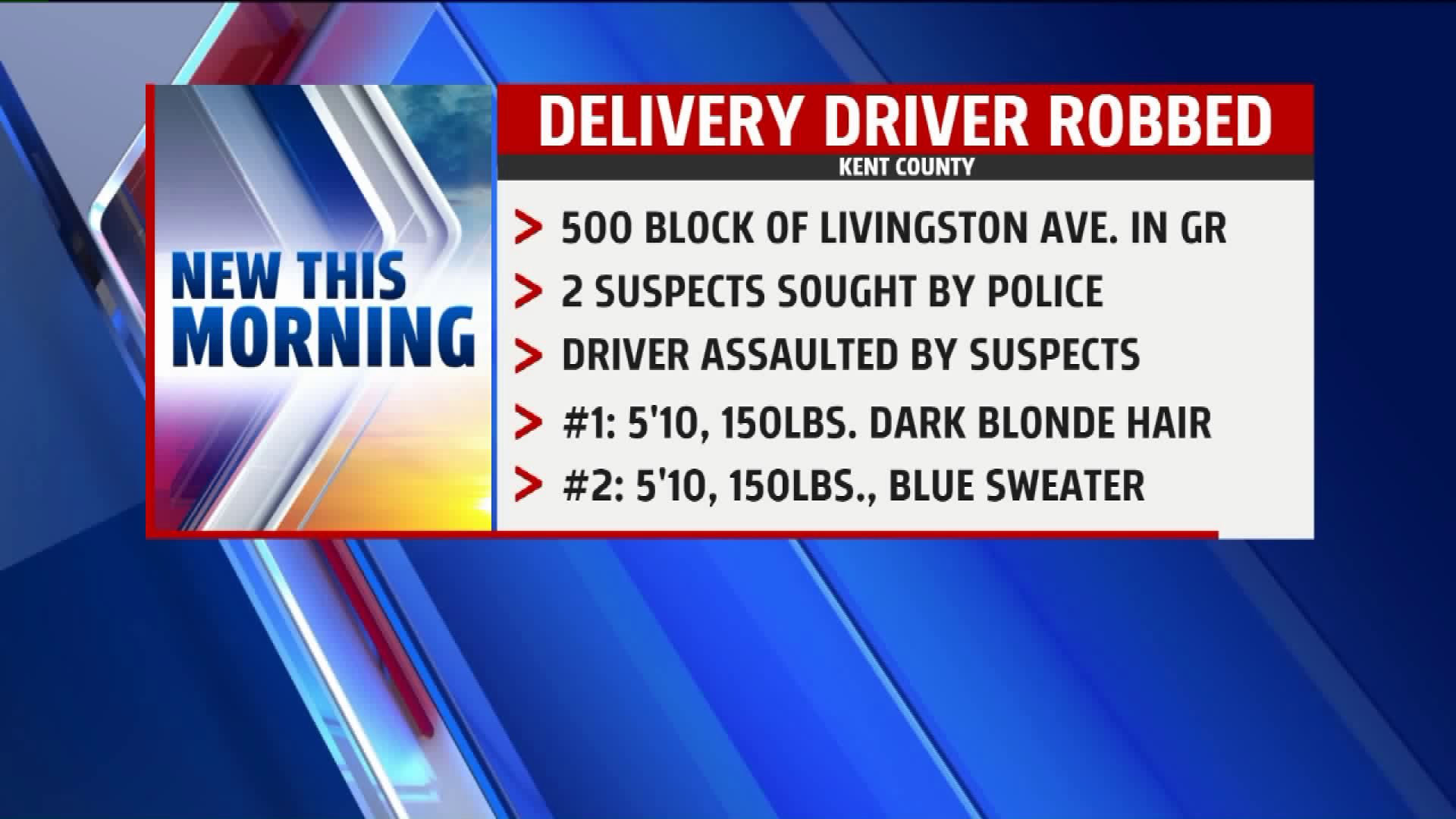 It happened around 12:22 a.m. in the 500 block of Livingston Avenue NE in Grand Rapids.

Police say a Domino's delivery driver was attempting to deliver a pizza when a suspect came from the side of a house and distracted the driver while a second suspect came up from behind and assaulted the driver.

A K9 was brought in to try and track the suspects down but was not successful.

The suspects are being described as a white male, 18-25 years old, about 5’10 and 150 lbs., with scruffy facial hair, dark blonde or light brown hair, gray zip-up hooded sweatshirt or coat.