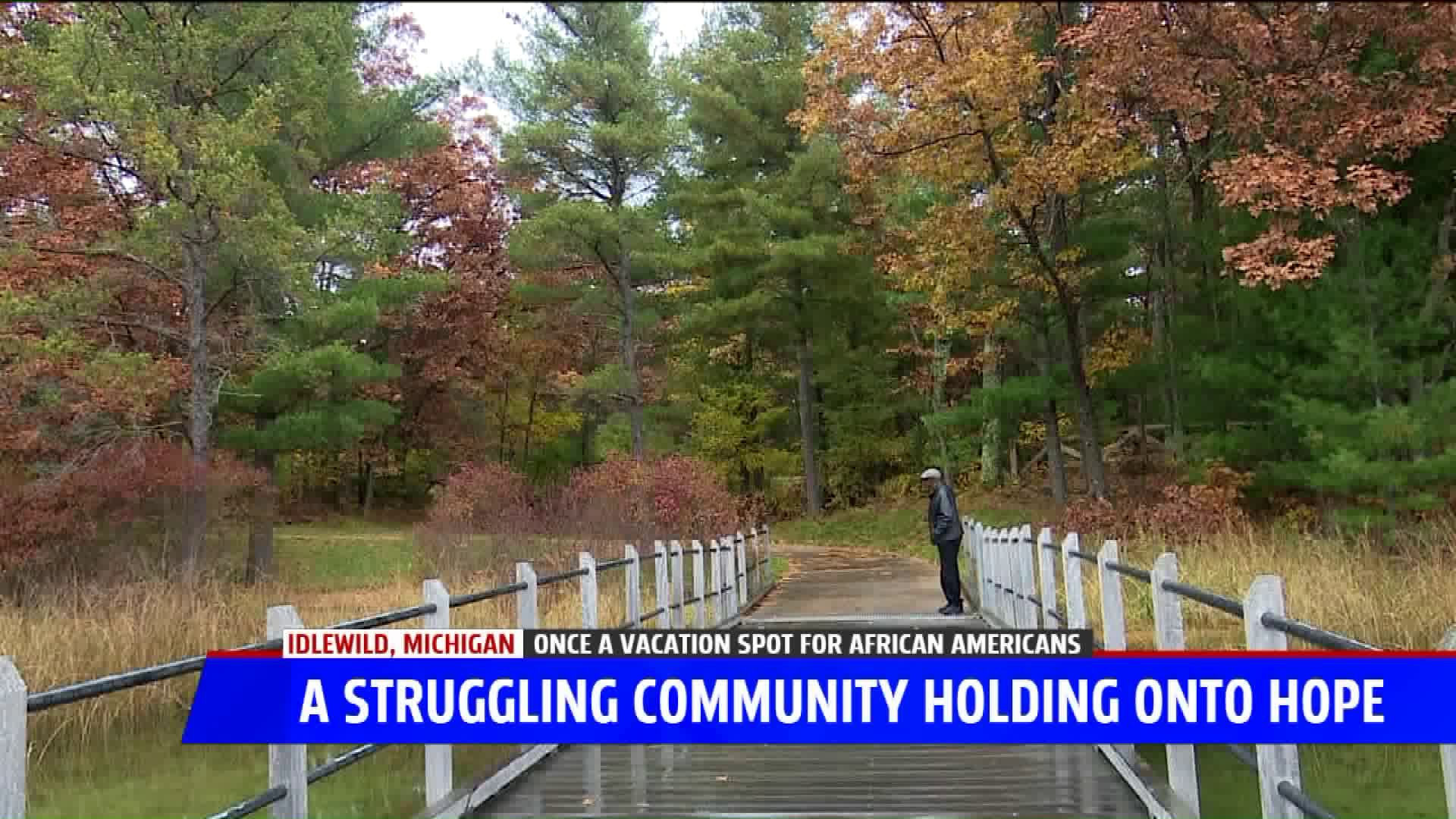 IDLEWILD, Mich. -- Over the past few decades, the historic town of Idlewild, Michigan has found itself struggling to sustain.

From the live performances by legendary black entertainers to the open waters of Lake Idlewild, there have been a lot of stories passed down through the ages about "Black Eden."

It's most recognized as a vacation town, and the closest thing to Hollywood for African-Americans who couldn't go elsewhere during segregation.

"It was just really pleasant in Idlewild for the regulars, you're never anyone else, you are who you are, you're not looked up on or looked down on," said Eloise Wilson, resident of Idlewild.

The 20th century seemed to be the pinnacle for Idlewild, though. The town took a hard decline that some say is due to the enactment of the Civil Rights Act of 1964. Others say it was the lack of economic development that caused the downward spiral.

"The people came here, they rented the places, they made the money, but the money did not stay in Idlewild, the money went back to where they came from," said Eloise Wilson.

In spite of, the community remains hopeful that someone with a fresh perspective will be able to guide Idlewild in the right direction.

Learn more about the history of Idlewild and how you can get involved by visiting the town's website.