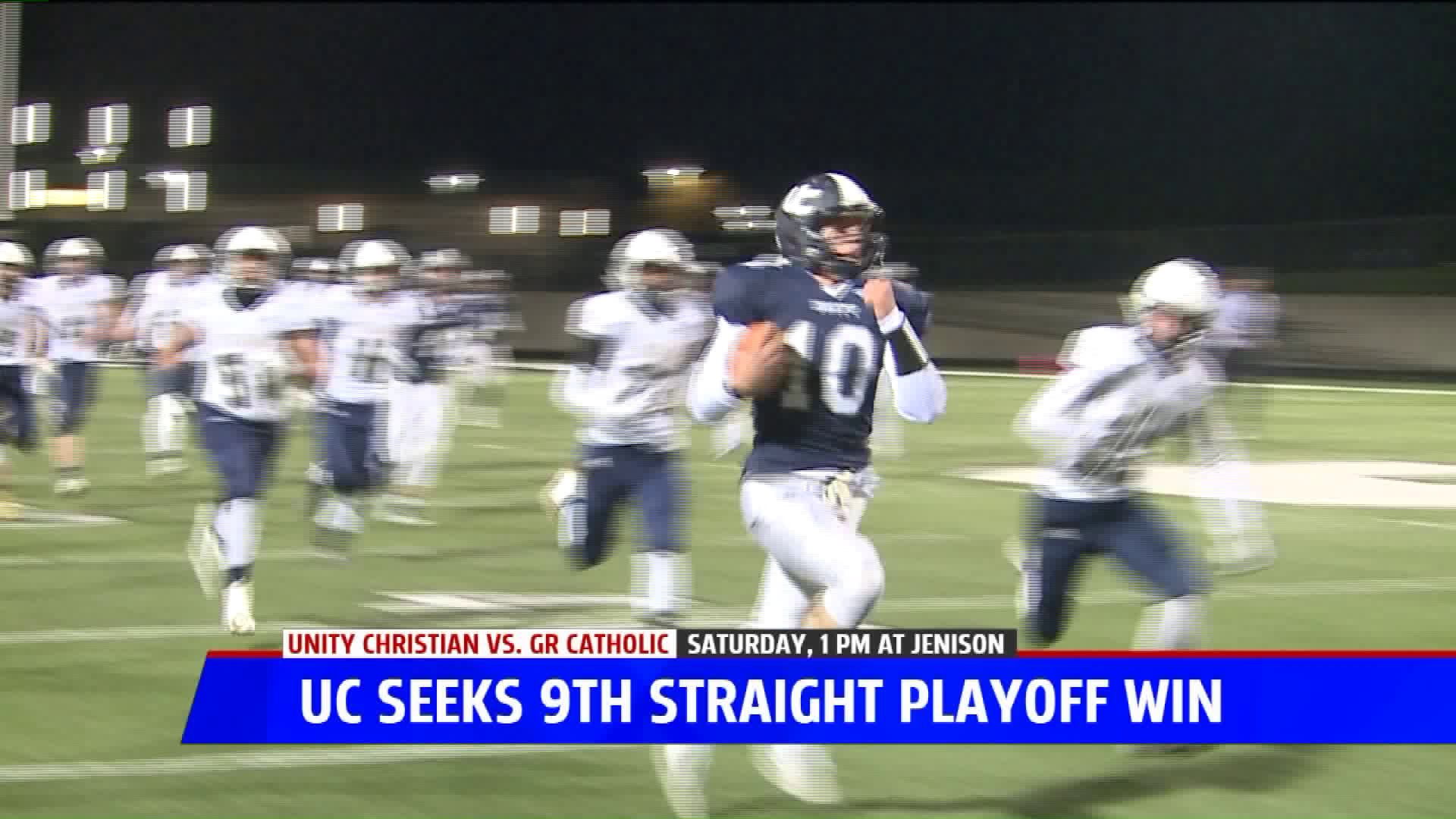 HUDSONVILLE, Mich. -- Unity Christian has never won a conference championship in football, but the Crusaders won the state title last season and this week go after a 9th straight playoff win.

"Everyone has just got a good attitude towards whats coming up this weekend," senior linebacker and tight end Austin Schuiteman said. "The preparation that we are putting into it, the attitude that goes into it just feels the same as last year in that way."

This will be the 7th meeting in the last 9 seasons in the playoff between the Crusaders and the Cougars.