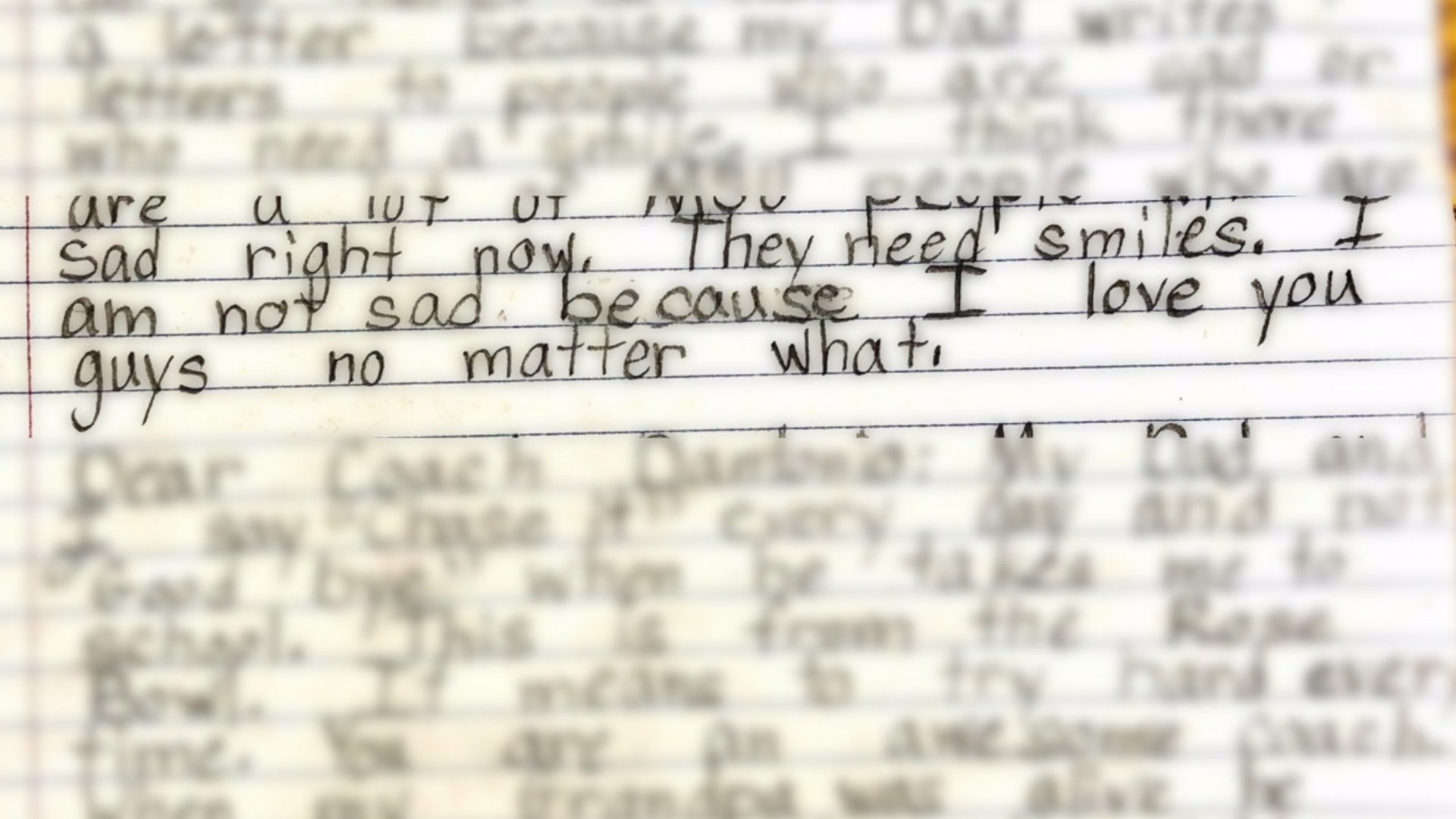 He wrote it in a letter that took him four days, with breaks of course.

Fraser thought the Spartans needed some cheering up after their loss to the Wolverines over the weekend.

Fraser was right. And his letter posted to his dad's Twitter, has quickly gone viral.

“It was just a little thing I was going to send out to Dantonio and the fans, I wasn’t expecting it to go boom,”  said Fraser.

The letter even got the attention of one of Fraser's heroes: starting quarterback Brian Lewerke.

You can read Fraser's full letter below: