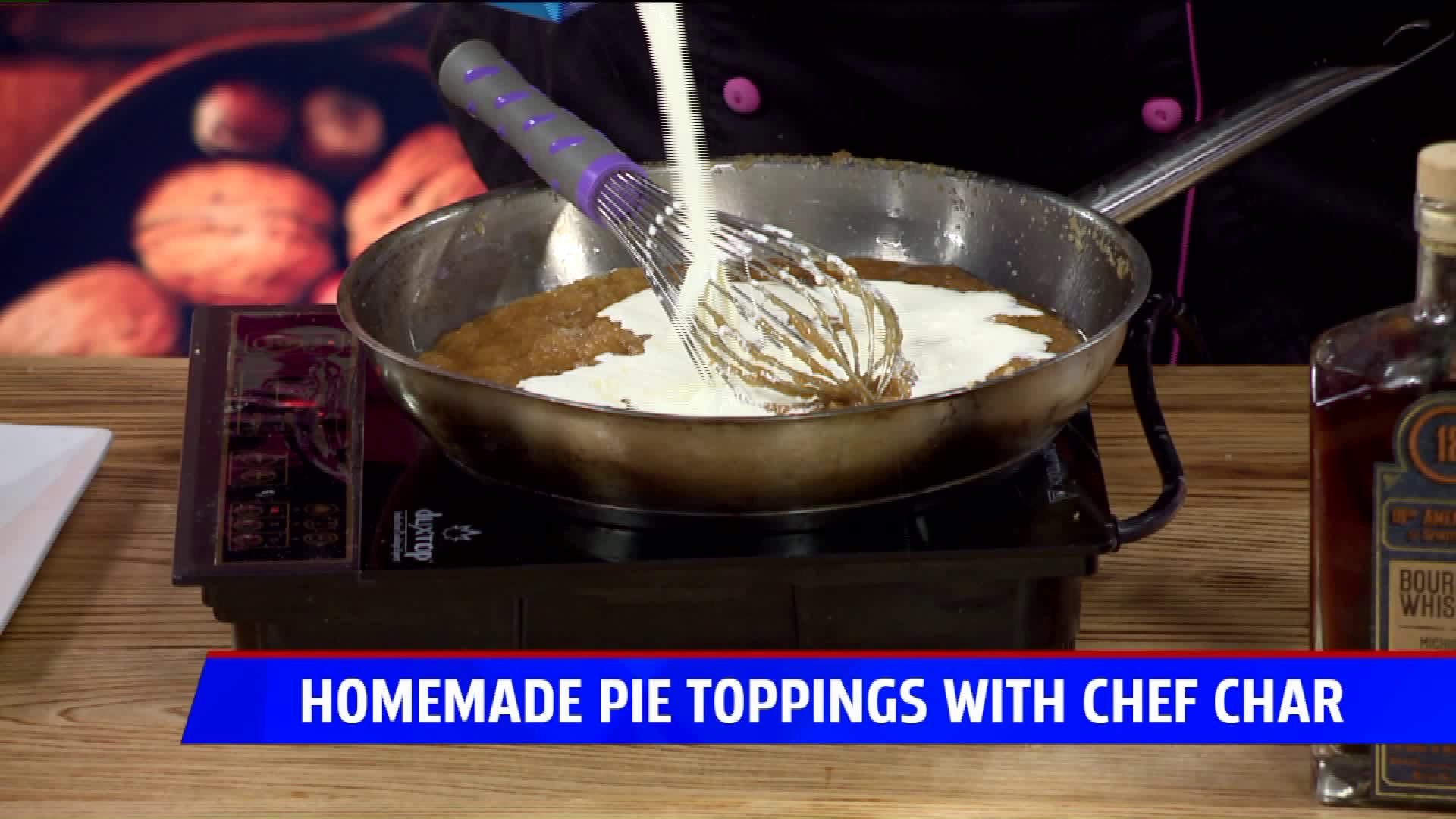 Make your own pie toppings with Chef Char's recipes!

To make 4 cups of stabilized whipped cream in advance, sprinkle 1 teaspoon of unflavored powdered gelatin over 2 tablespoons of water in a microwave-safe bowl and let it stand for 3 minutes. Microwave the mixture in 5-second increments until the gelatin is dissolved and liquefied. Whip 2 cups of chilled heavy cream along with the sugar, vanilla and cinnamon in a stand mixer, staying on low speed until small bubbles form and then increasing the speed to medium. When the beaters begin to leave a trail in the cream, slowly pour in the gelatin mixture and then increase the speed to high and continue to beat until soft peaks form. Transfer to a piping bag with tip, if desired.  If well covered, the whipped cream will retain its moisture and airiness for up to 24 hours.

¼ cup vanilla-infused bourbon (or a good, real vanilla extract of your choice)

Serve sauce hot or cooled to room temperature.  Store any extra sauce in refrigerator.  After refrigeration, reheat and shake or stir sauce before using.

Chef Char’s pies are for sale!  Order your pie by email at chefcharmorse@gmail.com