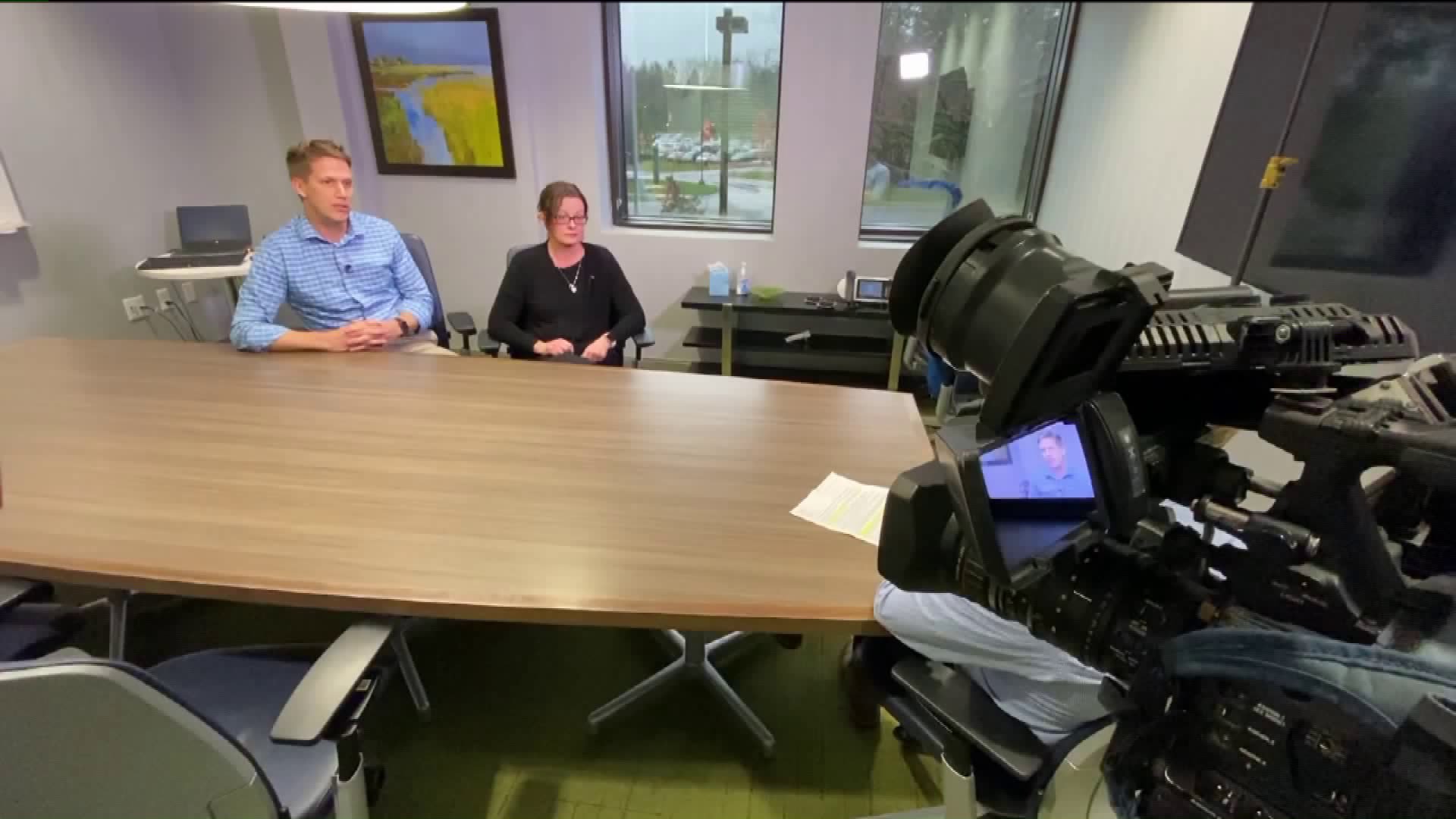 GRAND RAPIDS, Mich. — A recently published study of women from West Michigan that has been in the works for the past five years suggests a way to identify which women are more susceptible to experience depression during and after their pregnancies.

The study, published this month in the Brain, Behavior and Immunity science journal, suggests that severe "peripartum" depression may be linked to an overactive inflammatory response. "Peripartum" refers to the period during and after pregnancy.

Lena Brundin, M.D., Ph.D., an associate professor at the Van Andel Institute and senior author of the study, says, there is a vast difference between the normal "baby blues" most women experience in the immediate days following giving birth and severe depression.

“Unfortunately it is easy to diminish the symptoms, maybe 'oh, this is caused by pregnancy, oh this is baby blues.' But it's important to keep in mind that if these symptoms become chronic and lasting more than a week, these could be signs of depression,” she said.

During pregnancy the body has an inflammatory reaction. In fact, early on in pregnancy inflammation helps stop the immune system from attacking the fetus.

However, the team’s research found that when the inflammatory response is more intense, it has the potential to greatly affect mood-regulating chemicals in the brain.

"The more inflammatory products, metabolites, the stronger the depression symptoms and even suicidal ideation can happen in these women," Brundin said.

Eric Achtyes, M.D., M.S., staff psychiatrist at Pine Rest and lead author of the study, says the research is the first of it's kind.

"It impacts her health and well-being but also that of the infant and the new born. So identifying who’s most at risk, who needs help in this critical period, I think is an absolutely critically important job for us to do," he said.

The team's hope is that blood tests done during a woman's pregnancy will be able to tell identify which women are biologically more inclined to suffer severe depression during and after pregnancy.

"Many women are unfortunately suffering in silence and aren’t able to get the help they need in this critical period. So anything we can do to bring light to this problem and to bring new resources to try and help these patients, the better," Achtyes said.