With high winds and waves, erosion concerns continue on lakeshore 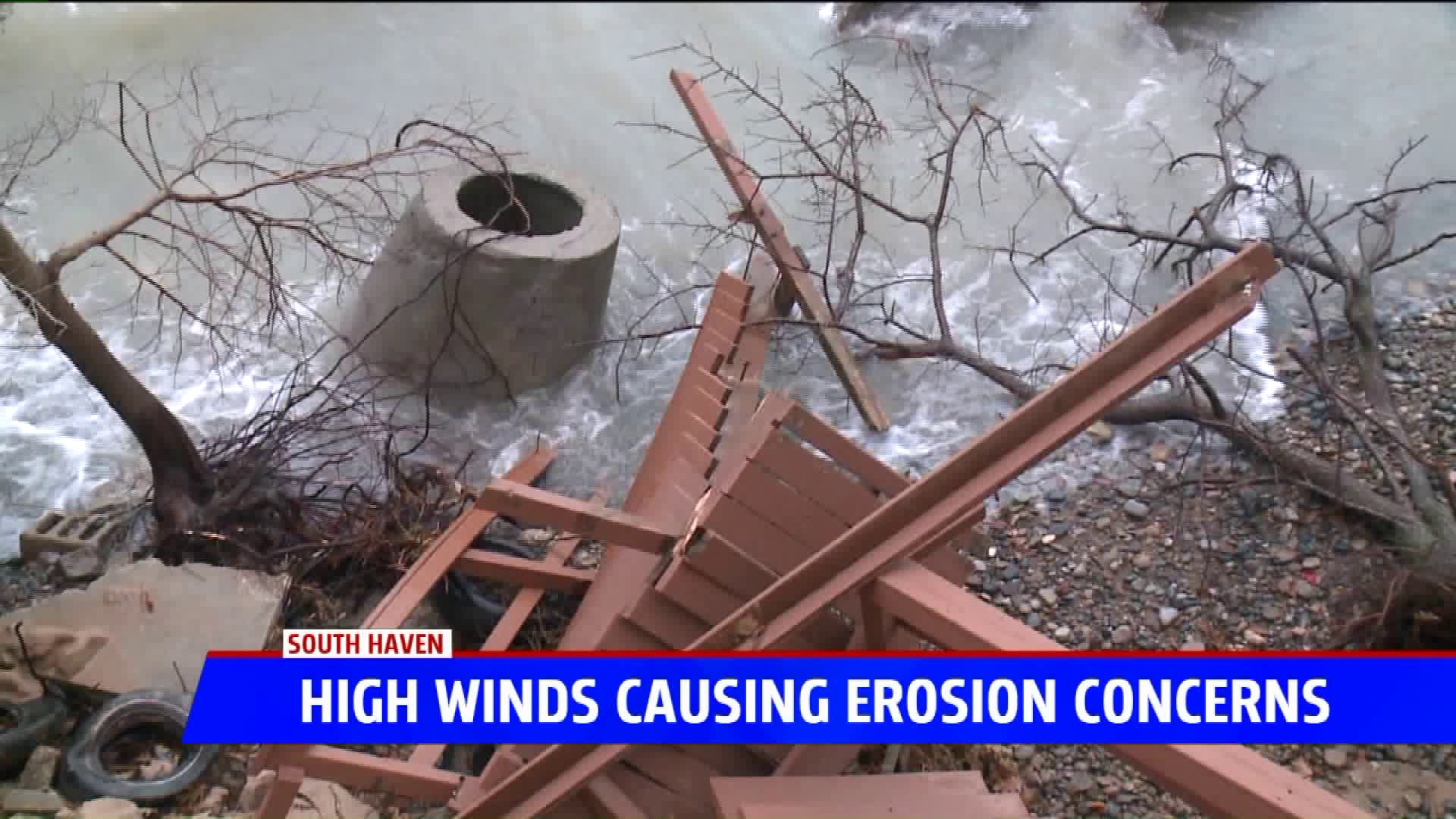 SOUTH HAVEN, Mich. -- High winds are battering the lakeshore where concerns are once again focused on erosion.

"We’ll be able to hear the winds and the waves crashing, and we’ll probably get up tomorrow morning go down there and see what we got left today. That’s the sad state of affairs," South Haven resident Bob Engmark said.

This year, near-record high lake levels have done damage to dunes and property.

A South Haven beach outside Engmark's home is no longer walkable, the staircase down it is now warped and on the verge of fully washing away.

"It’s a very cyclical thing and so I knew it was coming back and it's coming back with a vengeance right now,"

"It’ s really starting to impact our bluff it’s beginning to undermine our bluff it's caving in on one side in particular," Engmark said.

In the water now sits cement slabs and tiles, all failed efforts by previous homeowners trying to keep Lake Michigan at bay.

"When the lake was lower those probably helped to some extent to break up the waves before it got to the bluff but they are of no use with the water level as high as it is," Engmark added.

Engmark is hoping to invest in a seawall with his neighbors but in the meantime they are at the mercy of mother nature with no temporary solution.

"Given the situation we have, sandbags aren’t going to be here very long. If I had sandbags out there they’d be gone by tomorrow morning, that’s just the way the lake works," Engmark explained.

Some sort of seawall is ultimately the answer for us if we are going to preserve the bluff out here at all.

State regulators say they want to make it easier for lakeshore property owners to get permits to temporarily fix the effects of high water, especially along Lake Michigan.

The permit fee is being reduced to $100, and a public notice in most cases won’t be required. The goal is to stabilize eroding shore with sandbags, although the bags must eventually be removed.

The Michigan Department of Environment says it has issued more than 100 shoreline protection permits since Oct. 1. The agency says it’s expediting permits if there’s a threat to homes, health and safety.

A new website has been created to advise property owners.