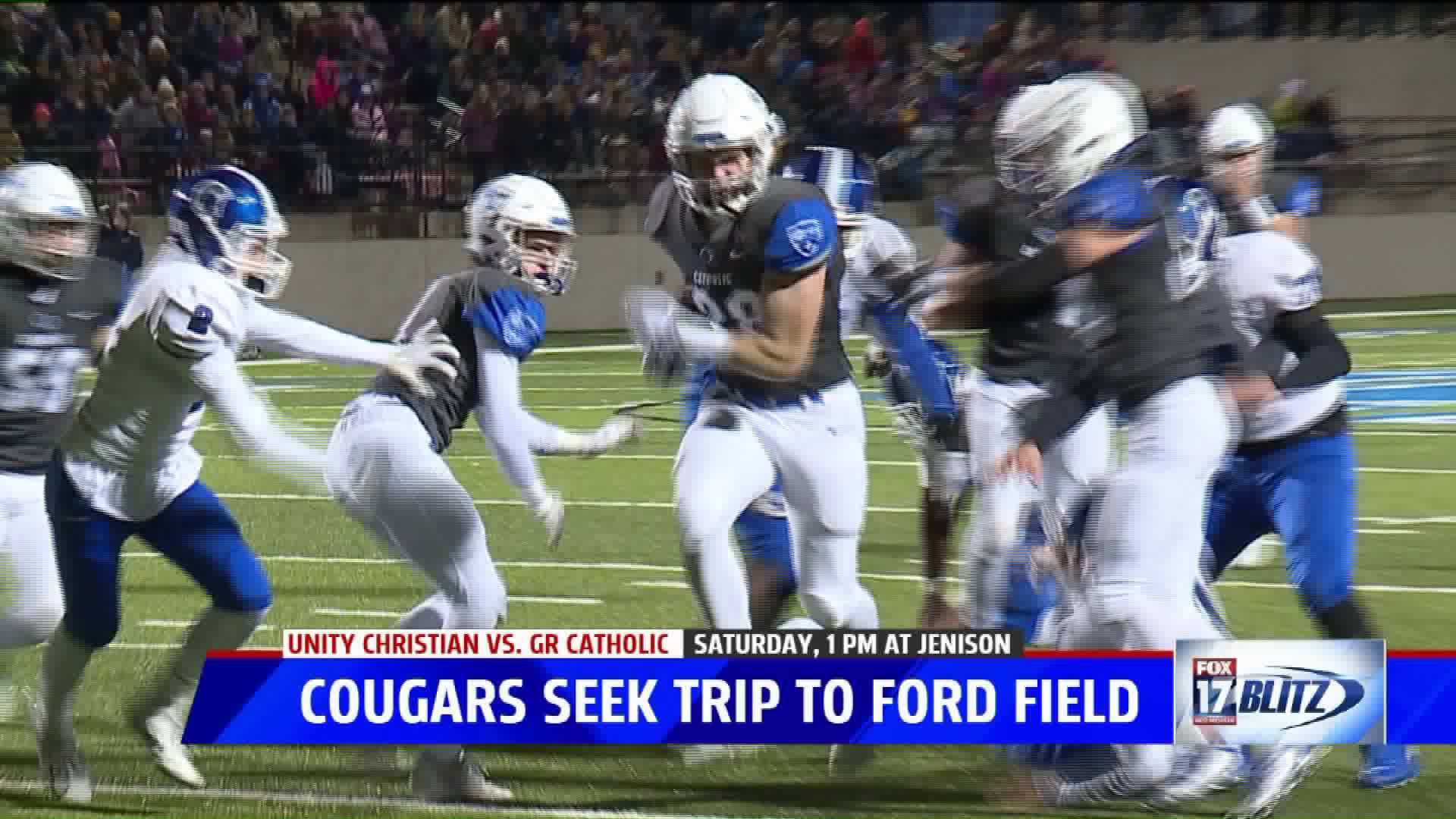 "I think we are just after the consistency in terms of our ability to perform simple tasks," head coach Todd Kolster said. "I think at times we make some things that are difficult look easy and at other times we are not quite there so I think that is the big thing for us is the consistency but we are doing well right now."

The Cougars have been winning big during the win streak, nine of the victories have come by at least 18 points.

"We are playing great," senior running back and slot receiver Malachi Love said. "Probably the best we have played all year, we are gelling together, playing great!"

Catholic Central has a lot of playoff history against Unity Christian and played a lot of close game with the Crusaders over the years.

"Every year it has been different when we play them," senior inside linebacker Matt Moore said. "Scores have always fluctuated so we just got to prepare and do our job."

This is the fourth straight season the Cougars are in the semifinals and they are seeking a third trip to Ford Field in that span.