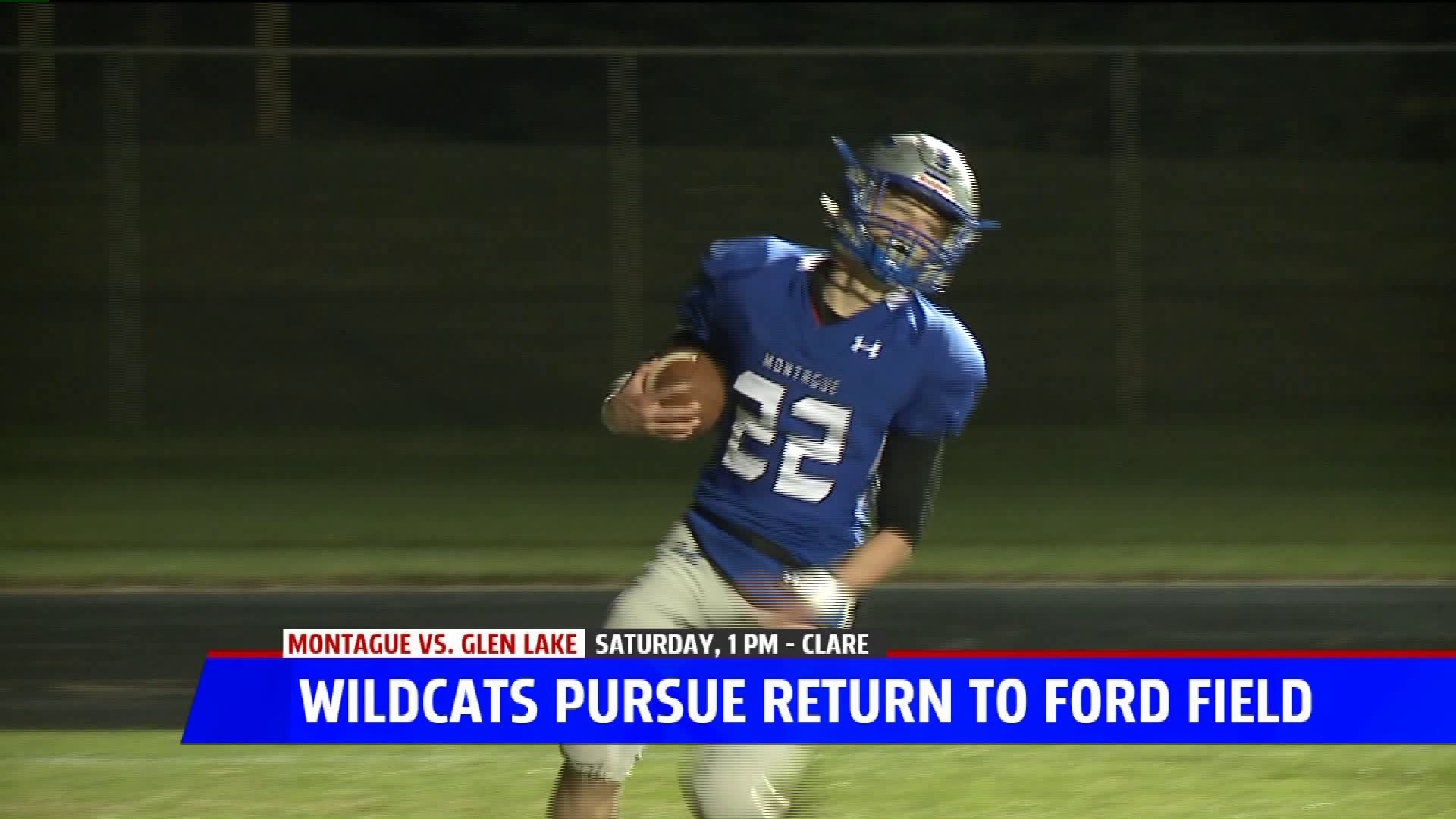 The Wildcats take on Glen Lake Saturday in Clare

MONTAGUE, Mich. -- The Montague football lost consecutive games in the middle of the season, but that may been the turning point for the Wildcats who play Maple City Glen Lake Saturday in a division six semifinal in Clare.

"It has been a different mentality everyday at practice," senior receiver and safety Brennan Schwarz said. "We have been going harder focusing on little things. Those two losses were tough because they were conference games, but we really bounced back and put in the work and we have done pretty good since."

The Wildcats have won six games in a row including beating Ravenna in the distrcit final, the Bulldogs were one of the teams to beat Montague in the regular season.

"It is just about learning as you go and sometimes losses amp that up," 16th year head coach Pat Collins said. "We still learn when we win but when you lose it is a learning session and in those cases it was significant, we had a lot of changes made and guys really have dialed in since then."

The Wildcats are seeking  a fourth trip to Ford Field in the last 11 years.