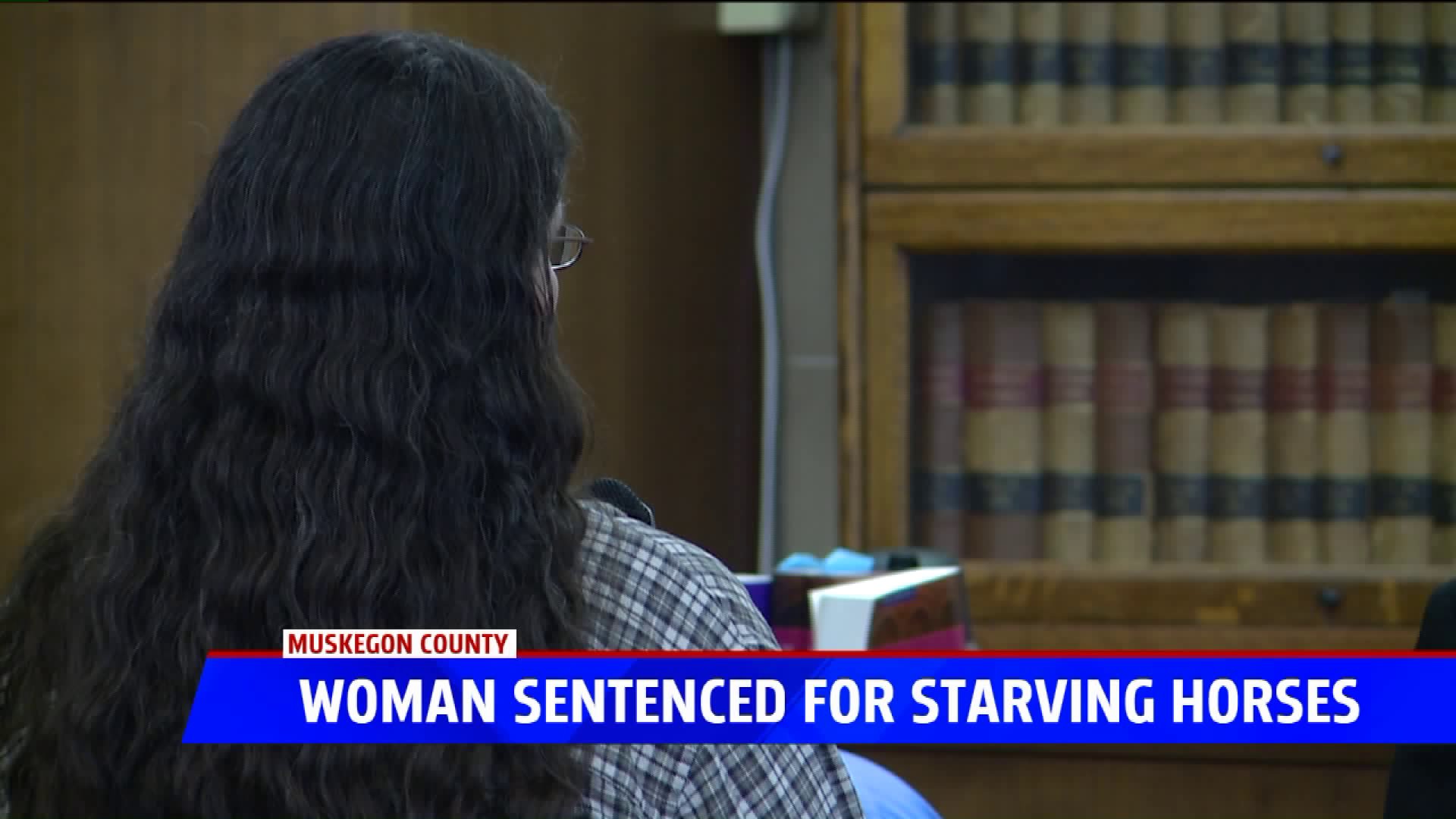 MUSKEGON COUNTY, Mich. --  Bobbi Jo VanKoevering, 43, is headed to jail for two months for starving three horses to death. Earlier this year, she pleaded no contest to felony animal abandonment/cruelty. The Muskegon County Prosecutor's Office says this charge is treated the same as a guilty plea by the court.

The prosecutor's office says it was the suspect's former roommate who tipped them off to the horses’ condition. In addition to three dead horses, authorities removed other malnourished animals from the Ravenna area property.

VanKoevering was also sentenced to three years probation during which she can't live with animals.

Nancy Smith is with Points North Horse Rescue. She attended the sentencing and was called to the property to rescue the animals that survived.

"To give this person probation with the extension of not being on a property or not having any animals in her home or wherever she's residing, I think that's reasonable so that she have the opportunity to not do this to another animal," Smith said.

This isn’t the first time VanKoevering has faced these kinds of charges. In 2006, she was convicted of misdemeanor of animal cruelty.